Oregon returns an excellent backcourt of Dominc Artis and Damyean Dotson to the hardwood on Sunday when they get an exhibition with cross-town private school Northwest Christian University on Sunday. However, it’s the frontcourt that might have all-American talent this season as the Ducks make a push for a return to the NCAA Tournament.

Mike Moser is the biggest pickup by far over the offseason and makes the squad one that can compete for its first conference championship since 2002. Moser was an Oregon legend when he graduated from Portland’s Grant High School in 2009, and elected to go to UCLA for a year before transferring to UNLV for a ridiculous 2011-12 sophomore campaign where he averaged a double-double.

Moser had some injury problems last year that prevented him from repeating the show in his junior year and the Portland native decided to return home for his final run.

He leads the team in star power, which will be huge on a team with a lot of new faces.

Artis and Dotson were sensational as freshman and both hit well from deep. Dotson has a chance to continue regularly leading the team in scoring, or at least in complementing Moser when he takes breathers or stretches of tough play. He’s as sure-handed as they come, but gets better on a hot streak.

Artis likewise has a strong stroke from behind the line, but works much better as a facilitator, as seen last year when he missed a long stretch of the season and other Ducks floundered. After a 17-2 start with the dynamic point guard in play, the Ducks went 5-4, dropping their first conference games of the season and four of the six they’d lose all year.

Artis never was the same guard as he was to start the season, but all signs point to the sophomore improving with a break. The guard who filled in for Artis when he went down will be one of the Ducks’ biggest X-factors this season: Johnathan Loyd. He should be Oregon’s sixth man as he is one of two Oregon seniors to play all four years in Eugene.

Last season, head coach Dana Altman set a precedence with trying to have Loyd or Singler on the floor at all times. Altman will likely continue that with Loyd, an energy man who is enthusiastic about the Ducks returning to the national tournament. Loyd has less of a shooter’s touch, but has the ability to turn it to another level, picking up his career high in assists (9) against Stanford last year while scoring 15 as the Ducks pulled away.

Look for Loyd to pick up a lot of stats off the bench this fall and near a few double-doubles.

The remaining pieces — the front court around Moser — are a huge question as Oregon has to replace seniors Singler and center Tony Woods. Elgin Cook is in line to replace Singler at the other forward position. The 6-foot-6 transfer from Milwaukee, Wis., is high-profile and talented, but Dotson could slide in if the Ducks wanted to play small and have all three guards (Artis, Loyd and Dotson) on the floor at the same time. Also, Moser could play the three if they decided to play big and have Ben Carter at the four.

Carter was a freshman last year and had a rough learning curve with Woods and Waverly Austin as the only other personnel who could play the five. But he’s gritty and hustles and will stand out on the Ducks’ roster no matter where he plays.

Austin is the first-string center only because he’s the tallest player on the roster by a full quarter-foot. He’ll see a lot of time on the floor by virtue of that height.

So, I think a first-day roster of Artis-Dotson-Cook-Moser-Austin will take to the court for tip against NCU, but there’s a good chance Carter wins Austin’s spot and Loyd maintains a sixth man’s role.

The Ducks’ starters look really strong and will be what wins them a lot of preconference and conference games. But finally Dana’s recruits are starting to catch up with his excellent transfers and Oregon might have the depth to go further into the NCAA tournament. It’s not NCAA or bust with this team, and there’s a long time to go until that’s something this team needs to worry about.

However, Oregon might have the best team it’s assembled since the Luke years.

Speaking of which, this Sunday, Luke Jackson will return to Oregon’s hardwood for the first time since 2004 as Northwest Christian University’s head coach. His Beacons are effectively walking into a woodchipper, but the chance to see Jackson on the bench and the home opener of this year’s Duck basketball iteration shouldn’t be overlooked. 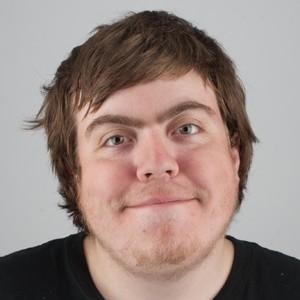 ODOT rolls in boulders in hopes of keeping homeless campers away