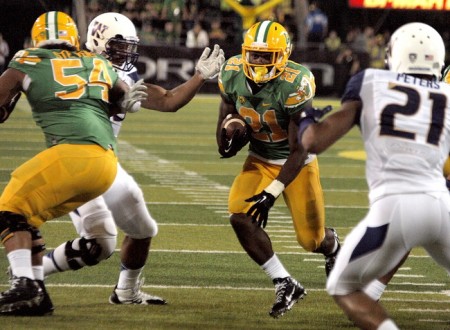 Only Arizona has faltered so far, giving the conference a 5-1 mark to date in the post season. While an imperfect benchmark, it does lend credibility to the notion in 2014 the Pac-12 was the toughest and deepest football conference in the nation. Now it is up to UCLA and Washington to close things out on a positive note.

Up and down more often than a yo-yo this season, the Bruins are favored by a slim one and a half points over the Wildcats. If they come out as the focused, determined team that dismantled USC, they win big. If they come out as the unorganized, discombobulated group that was thrashed by Stanford, not so much. Let’s give them the benefit of the doubt… 35-31.

Barely bowl eligible at 6-6 the Cowboys should be overmatched by the Huskies. While Chris Petersen’s inaugural season wasn’t necessarily a step back from Steve Sarkisian’s swang song, neither was it the tour de force many in Montlake assumed would be the case when the former Boise State coach took over the reigns. Still, a 9-5 finish is nothing to sneeze at and while a lot of work remains to be done, the Huskies at least finish the bowl season on a high note, 33-21.

The post Out of the Pac – Bowl Edition Part Four appeared first on DuckNews.com.

Why not Wine Jelly?

Kane Brown teamed with a group of U.S. military veterans to record a new version of

-
Awarded the 1955 Tony for Best Musical and, over half of a century later, claiming

Maren Morris is sharing acoustic versions of three of her biggest hit songs—“Girl,” “The Bones” and “The Middle.”