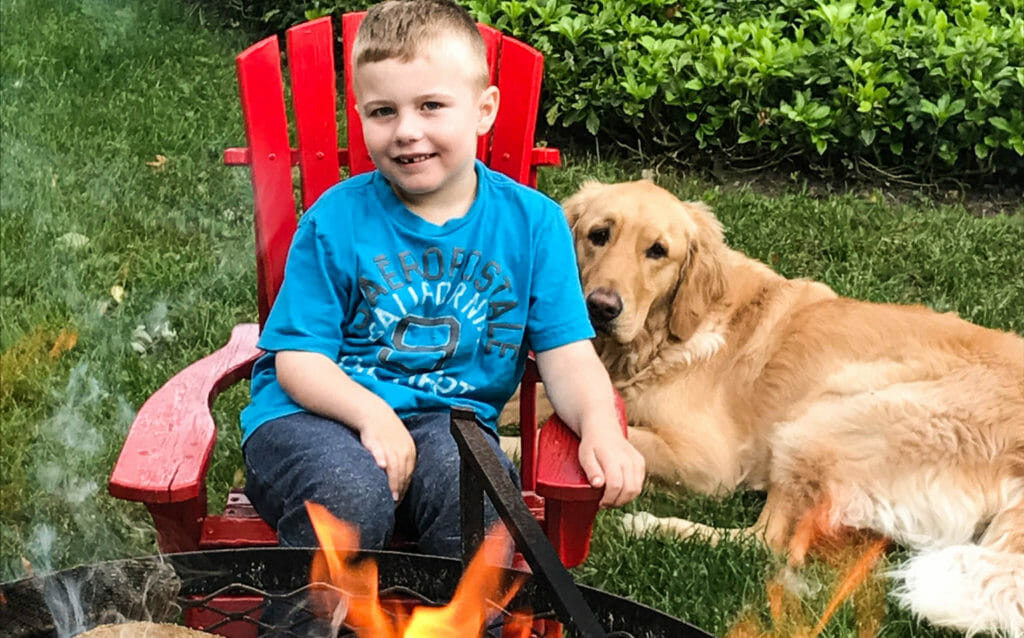 Logan is a pediatric cannabis patients.

You rarely hear about a seven-year-old boy taking medicinal cannabis every day, but for Logan Cruickshank, this course of medical treatment has changed his life.

He Began Suffering in Infancy

It’s been a long journey for Logan who was diagnosed with cerebral palsy at less than a year old. His parents, Tage and Therese Cruickshank noticed he was always clenching his right hand. After seeing their pediatrician, they were referred to a children’s medical facility in London, Ontario. 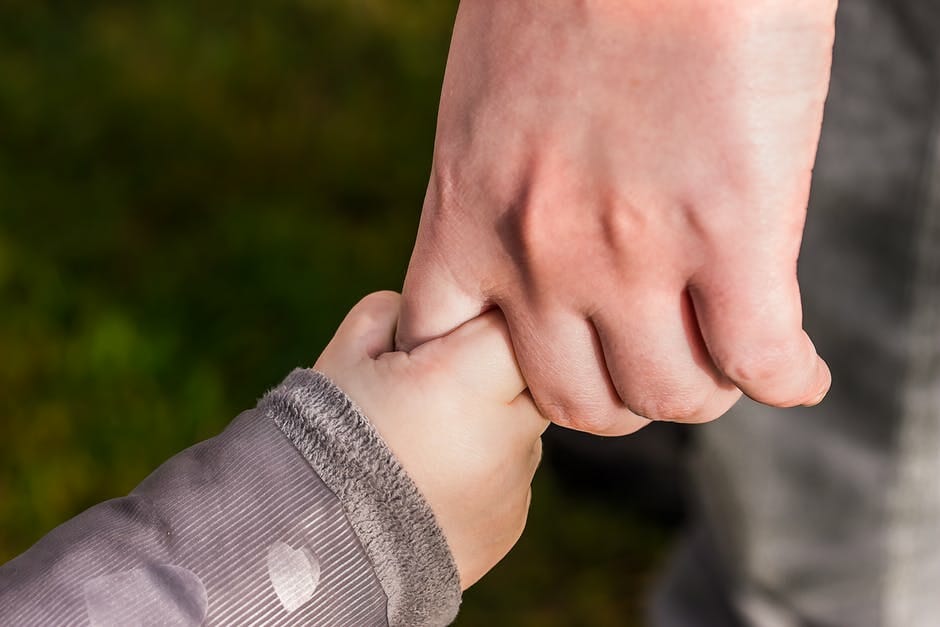 Devastating Diagnosis as a Baby

When the tests came back, Tage and Therese were devastated to learn that Logan would never walk or talk and would require 24-hour-a-day care for the rest of his life. By all accounts, this a devastating diagnosis; the worst they could have anticipated. Therese and Tace remained hopeful and requested a second opinion.

Logan’s condition was severe, but thankfully, the second opinion revealed his case was less than severe they’d were initially told. This meant, that while he would face difficulties with his right arm and both legs, he could have some function. While Tage and Therese were told his limitations were unclear, he continued to exceed all expectations. They felt hopeful about the future. 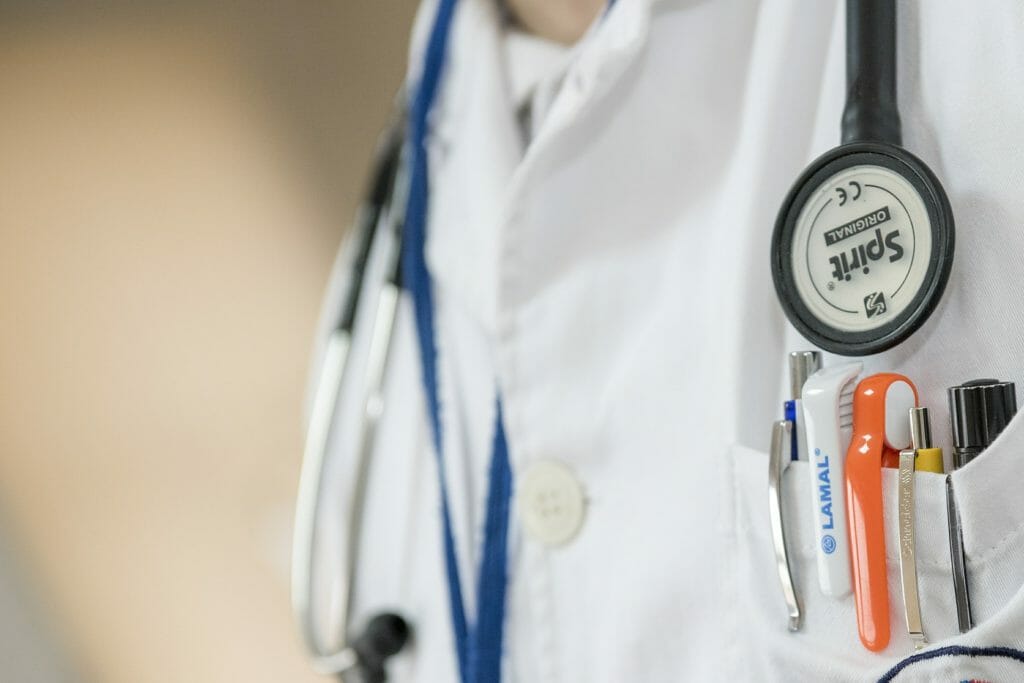 Unfortunately, this diagnosis would not be the only challenge Logan would have to overcome. One quiet night in the Cruickshank residence, while Tage and Therese were enjoying a movie, they heard strange noises coming from Logan’s room.

When they went to check on him, they were surprised to find Logan laying with his eyes slightly open and convulsing to the back of his head. They immediately tried to bring him back to consciousness. To their horror, Logan got worse, his body stiffened like a board and he began to vomit. They called 9-1-1 immediately.

When arriving at the hospital, they were taken to a separate waiting room.

His Parents Feared the Worst

“I was terrified,” said Tage. “I had this sick feeling in my stomach that the doctors were going to tell us Logan has passed away.”

To their relief, this was not the case, but the seizure was severe and the doctors were having a difficult time pulling him out of it – lasting a total of five hours. It was three seizures, and about a month and a half later, that Logan would be diagnosed with Epilepsy. 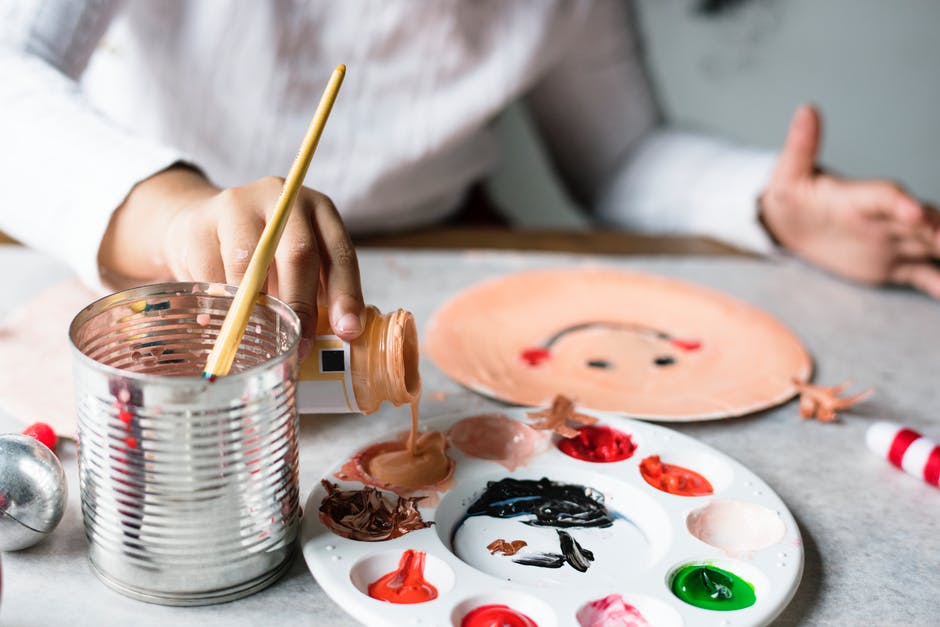 For the next five years, Logan would see an array of specialists and try a variety of antiepileptic medications. When he started taking the medications, the seizures continued and had little to no effect.

Logan would have one grand mal seizure a month and require medical intervention to make them stop. He was taking high doses of medication. When he wasn’t experiencing classic seizures, he’d experience short 10 to 15 second staring spells. Tage and Therese tried a variety of antiepileptic medications. At first, it would seem like he was doing better, but after a few months, the seizures would become severe again. 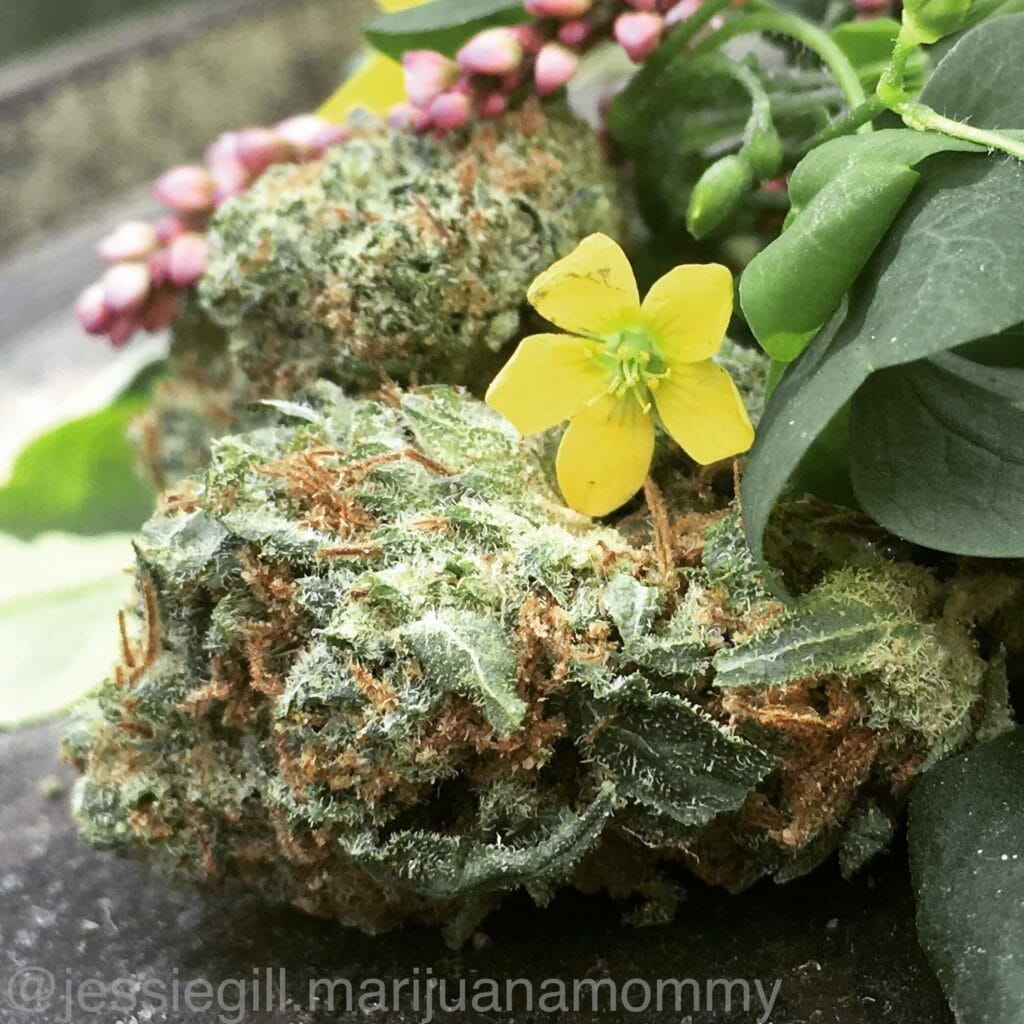 It was at this point that Tage and Therese decided to consider treatments off the beaten path – one of which was medical cannabis.

Up until this point, Tage and Therese had believed the negative stigmas around cannabis, but as they completed their research, they started to feel hope.

A friend highlighted the benefits of medical cannabis, but it wasn’t until they went to pick up their service dog, Cadet, in Ohio that they would meet a couple from Oregon who were treating their daughter’s Epilepsy with cannabis oil. This couple strongly believed in cannabis as a treatment. This is when Tage and Therese’s journey with medical cannabis began.

The Doctors Said No to Pediatric Cannabis

The journey would start with roadblocks; many of them. They were told no by their neurologist. Then no again by their pediatrician. The journey they were excited to take, seemed to be ending before it even began. 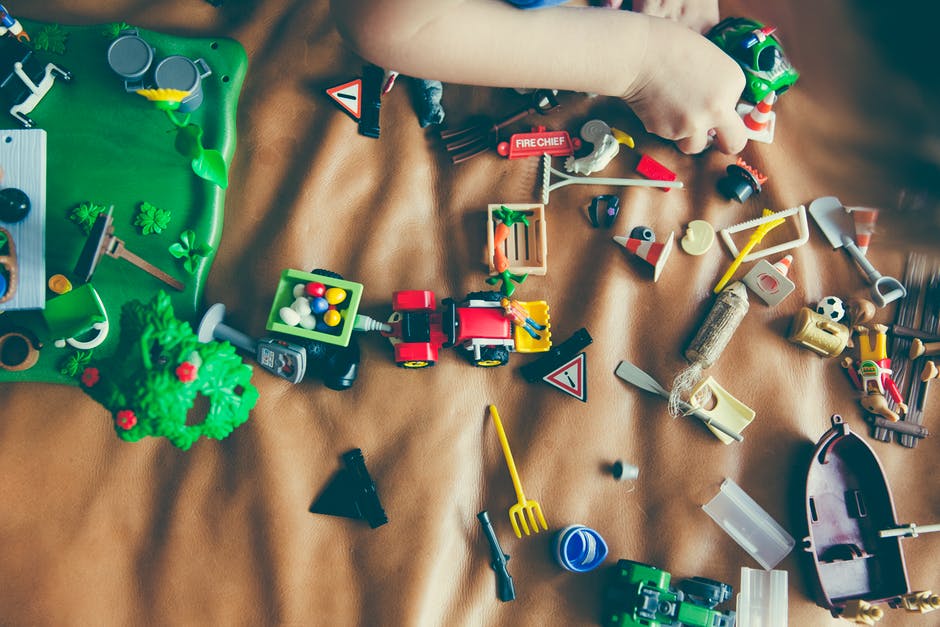 Last year, hope came back into their life when they met Medical Marijuana Consulting cannabis coach, Martina. Martina was a firm believer in the helpful effects of medical cannabis and wanted to help. She said she would look into options for support. A few months later, Martina would call to say she had found someone who was willing to help Logan.

In September 2017, Logan received his first dose of cannabis oil. To avoid any adverse withdrawal effects from eliminating the pharmaceutical drugs, Logan continued taking his old medications while starting the cannabis oil.

In only a few weeks, Tage and Therese noticed a decrease in the number of seizures. By November, Logan started weaning off the antiepileptic medications. 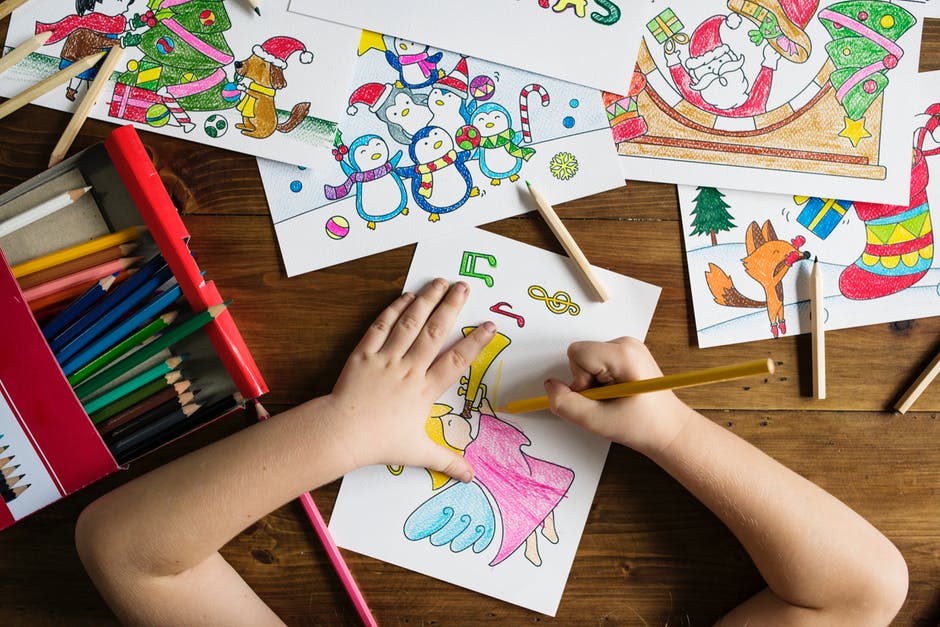 February 4, 2018, Logan had a celebration party, marking the end of pharmaceutical drug dependency. On that day, he dumped the medications (and their accompanying side effects) into the garbage. 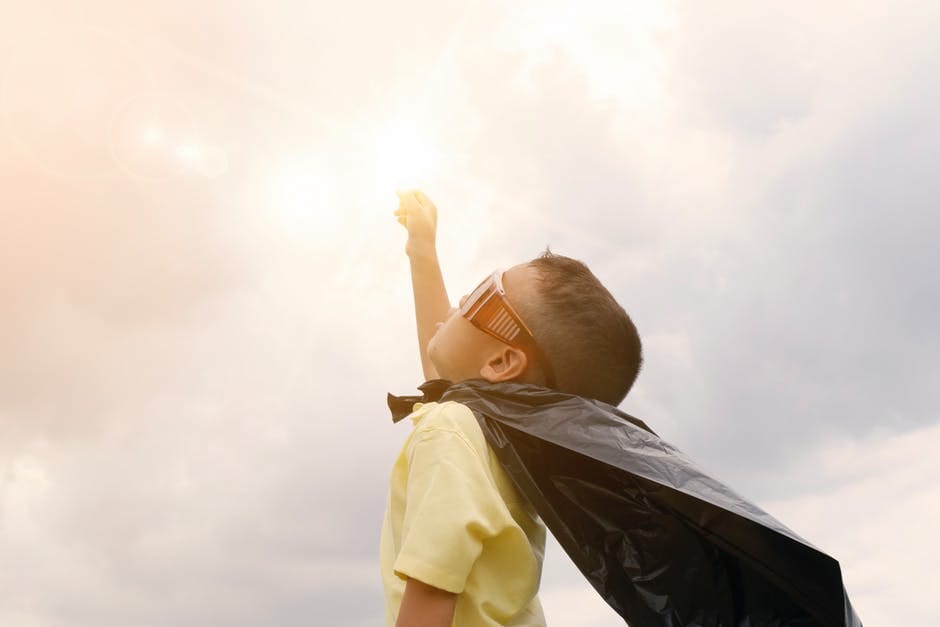 “It’s been pretty remarkable,” said Tage. “I’m not naïve to think he’s never going to have a seizure again, but from what we’ve seen since we’ve started weaning him off the medications, is a boy we’ve really never had the chance to meet.”

Logan is doing things he’s never done before. He had always been so inactive but now, after taking the cannabis oils, he is more engaging than ever before. He is more active at home, and at school. What his parents didn’t realize, is that Logan’s high doses of medication were keeping him in a constant state of sedation.

Up until this point, they didn’t know how strong his personality could be. They had always thought he was so quiet and inactive because of his medical conditions, but by eliminating the medications, they started to see a totally different kid come out of his shell.

In addition to the medicinal cannabis treating his Epilepsy, it has also had a positive effect on Logan’s cerebral palsy. Prior to taking the cannabis oil, if he did too much walking, he would wake up in the middle of the night with leg pains, but in the last few months, he is more active than ever and hasn’t had pain at night. 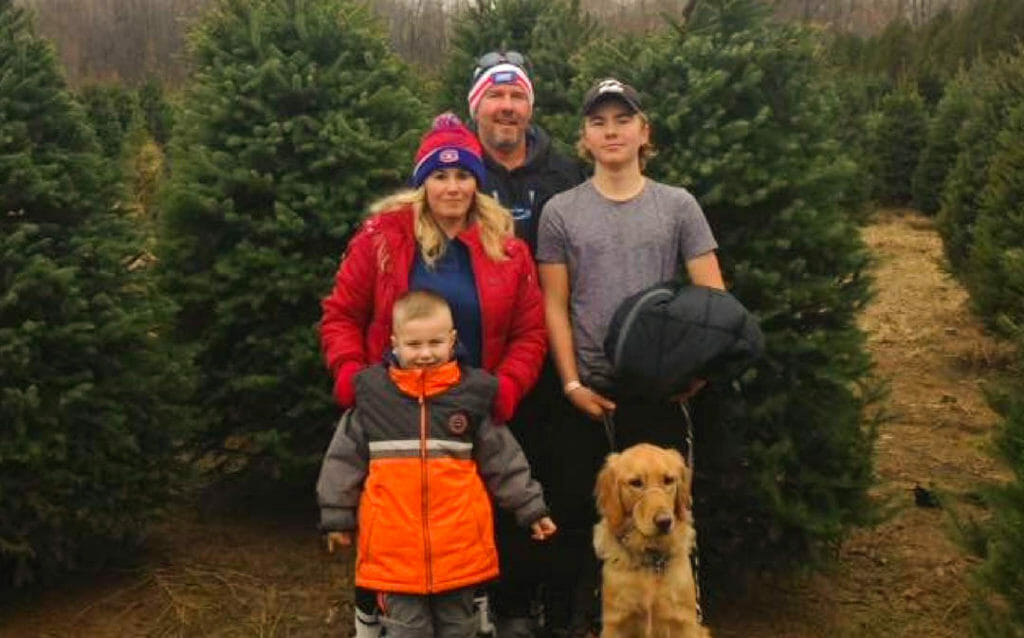 Logan with his family.

“I have gone from being completely ignorant to cannabis because of the stigma attached to it,” said Tage. “To after my research, being cautiously optimistic, and now I’m confident in saying I’m a huge advocate. It’s changed our lives, but most importantly, it’s changed Logan’s life.”

What Tage and Therese are finding now, is Logan can sometimes be defiant, and has, what parents love to call, ‘selective hearing’, but they couldn’t be happier about it. These are all traits of a normal seven-year-old and as they gain success treating his Epilepsy, they can now begin to turn their attention to treating his cerebral palsy.

The results from Logan’s experience are not a singularity either. Stories of medical cannabis as a treatment for epilepsy are abundant in various countries around the world.

“We’ve heard a lot of similar testimonials and we are looking forward to future peer-reviewed studies on cannabis and epilepsy,” said Koby Smutylo, the COO of Indiva Limited, a licensed producer based in London Ontario.

As for Logan, It’s been a long road and while Tage and Therese acknowledge they can’t predict the future, they are feeling more optimistic than ever about the present.

The post Journey of a 7-Year-Old Cannabis Patient appeared first on Marijuana Mommy.

Pedestrian Killed in Crash on I-84 Near Stanfield

Chasing waterfalls in Oregon? Check out Susan Creek Falls, along