Benefits of Vaping vs Smoking 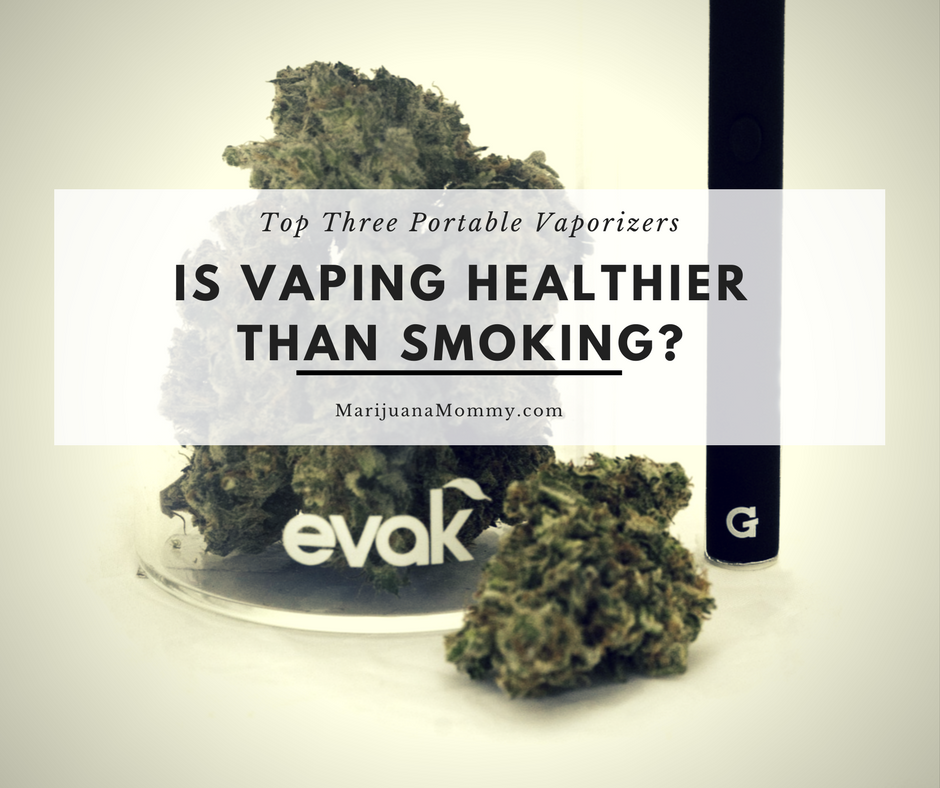 Enter to WIN a Vape Pen

Is vaporizing healthier than smoking?

Smoking weed is the most common way of consuming this miraculous herb. Smoking is easy and affordable. But some unfortunate patients, (like me over here consuming cannabis with asthma)  simply can’t tolerate smoke, despite the health benefits that inhaled cannabis has to offer.

Fortunately, thanks to portable vaporizers, people who wish to avoid smoke can still attain immediate benefits by vaping weed.

Smoke–no matter if it comes from cigarettes, cannabis, or even ordinary dried lavender–is associated with health risks. Avoiding smoke makes vaping a healthier alternative to smoking.

Is Smoking the Same as Vaping?

All smoke contains high levels of carbon monoxide. Carbon monoxide causes hypoxia (or oxygen deprivation) to the brain. Early signs of hypoxia can include confusion, silliness, and a foggy-headed feeling.

Long-time smokers sometimes associate they feelings of hypoxia to the high of cannabis. Some smokers struggle with switching to a vape because they miss the feeling of hypoxia and believe the vaporizer is making them feel less high. 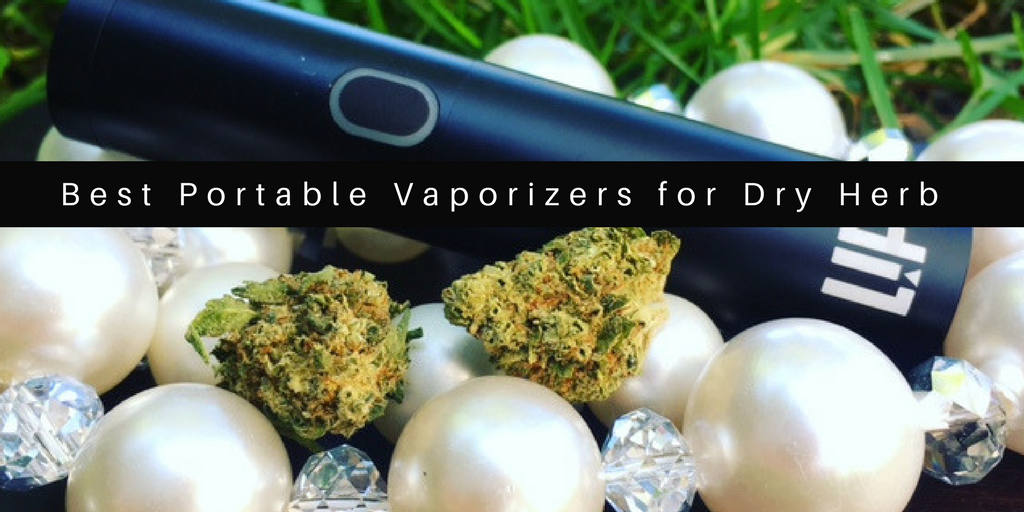 These are the top three portable vaporizers for dry herb.

This high-quality, high-end, dry herb vaporizers made by the legendary company by Storz and Bickel. This Mighty is the best portable dry herb vape on the market. 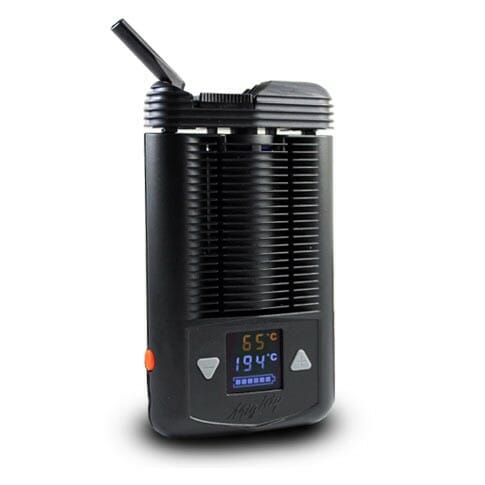 The Pax 3 portable dry herb vaporizer is my personal favorite. If you use a mix of concentrates and dry herb, the Pax 3 can handle both. The Pax 3 is tiny and fits discretely in my pocket. The best thing about this portable vaporizer is Pax’s 10-year warranty (I’ve used it!!). 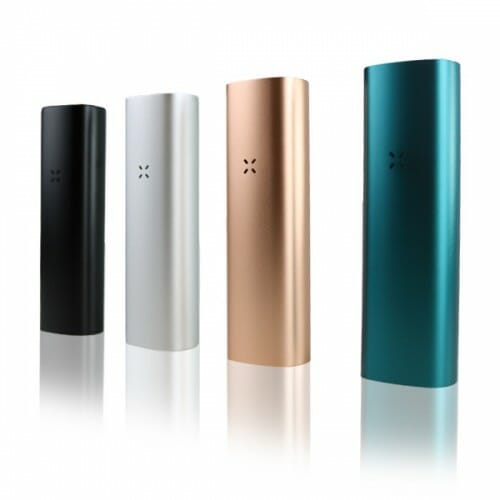 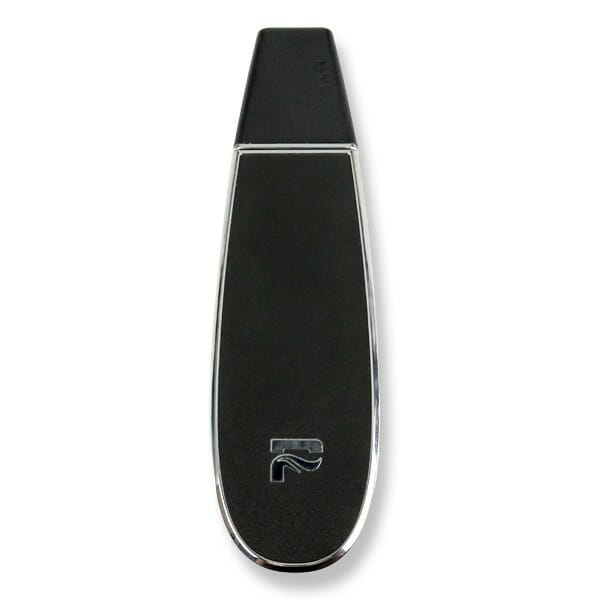 The Misconception About Cannabis Smoke 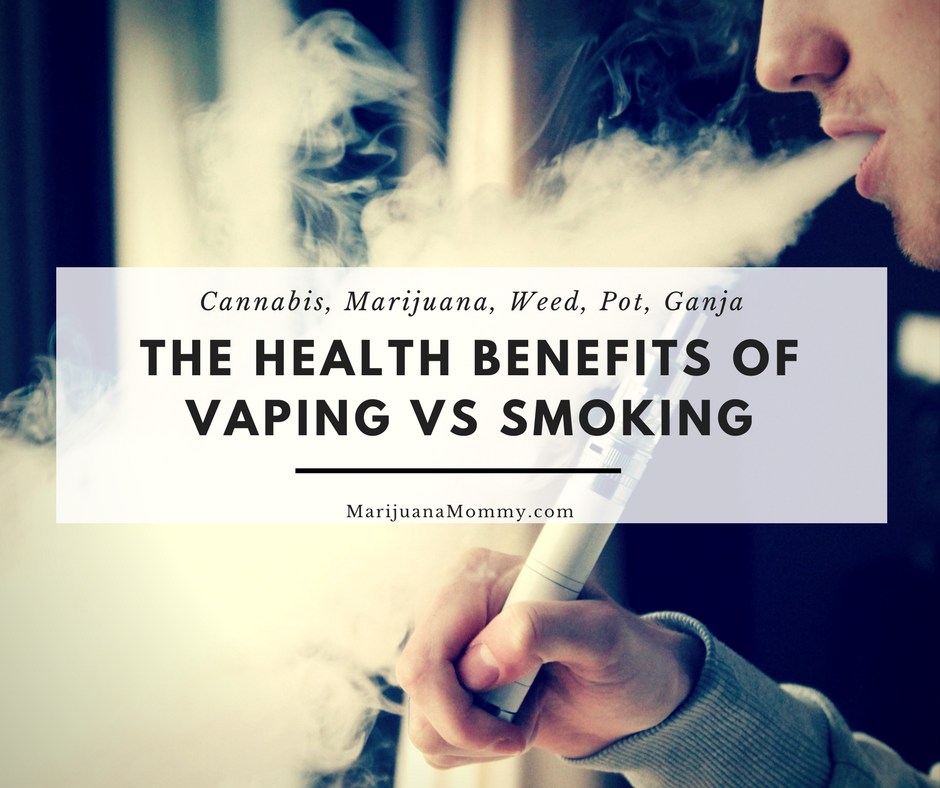 And while research does show pot smokers don’t develop cancer at the same rates as tobacco smokers, this doesn’t mean smoking is safe.

Even smoke from natural herbs contains carbon monoxide, tar, and other harmful chemicals.

All Smoke Damages the Respiratory System. 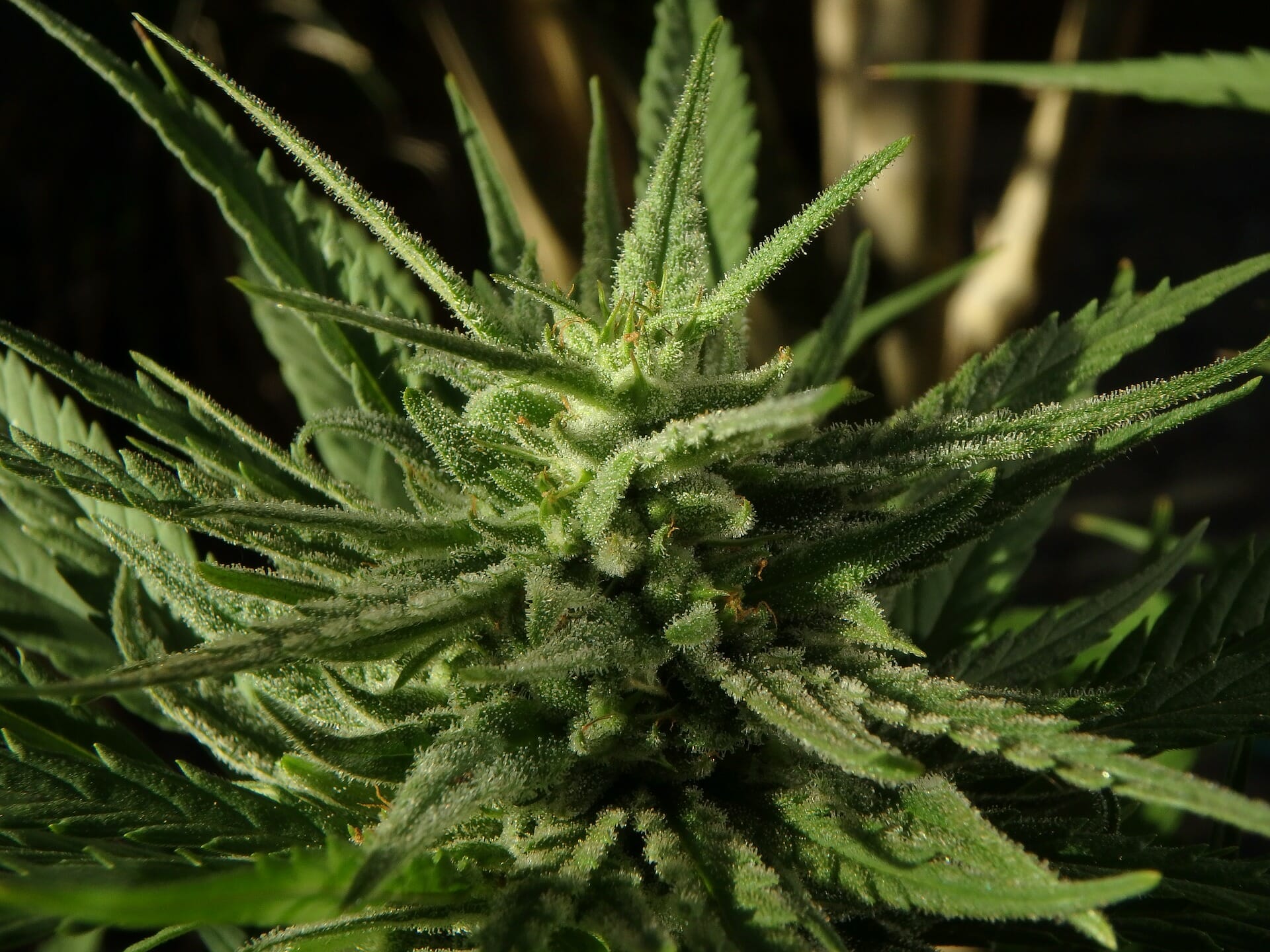 We know that cannabinoids are protective against cancer in a petri dish. It’s likely the cannabinoids protect smoker’s respiratory tissues as well.

Second-hand cannabis smoke is as dangerous as ALL second-hand smoke.

When you smoke cannabis, the smoke damages your respiratory system. Direct users are protected by the cannabinoids in the weed like CBD and THC.  But those cannabinoids are not in second-hand smoke.

Non-users do not benefit from the protection of cannabinoids.

If you smoke weed in an enclosed area, and non-users are exposed to second-hand smoke, they will not be protected from damage the same way a user will.

Please filter and ventilate your second-hand smoke away from others, especially children. 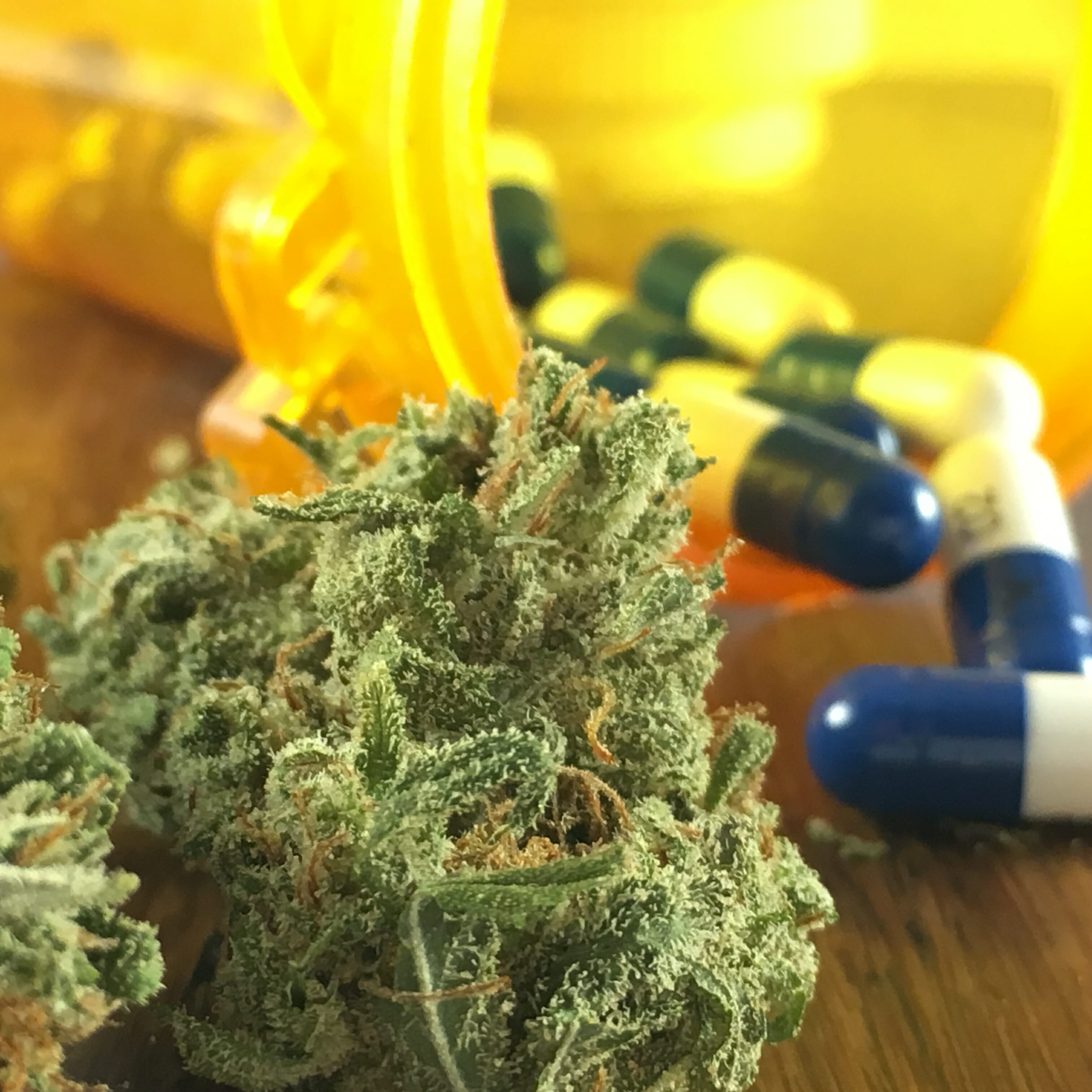 Reasons to Use a Vaporizer for Cannabis

Vaping makes weed taste better. Vaping over smoking allows you to taste all the delicate flavors that make the cannabis flower. Smoking combusts these terpenes and you miss out.

Not only does vaping vs smoking enhance the flavor, but it eliminates the carbon aftertaste. Unless you love the taste of licking an ashtray. 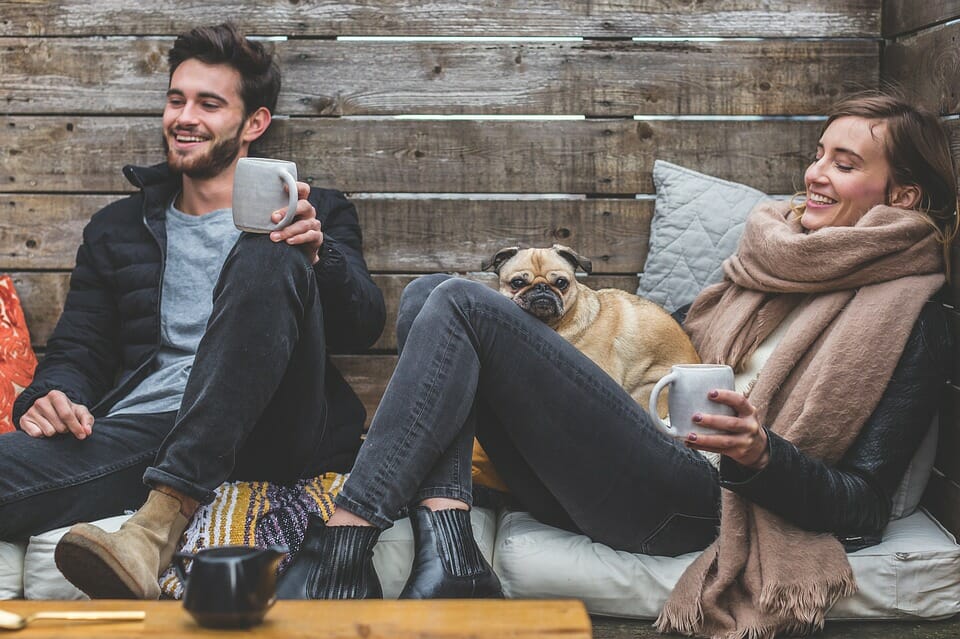 Do Vaporizers Smell as Much as Smoking?

Vaporizers can dramatically cut down on the smell of marijuana.

They don’t entirely eliminate the smell of weed, but unlike smoke, the smell doesn’t get trapped in fabrics. The cannabis smell from a vaporizer dissipates much more quickly than smoke.

If you need to get rid of cannabis smell naturally, here’s how I do it.   I also recommend one of these smoke buddy devices to filter your exhale.

Is Vaporizering Healthier than Smoking?.

Not only do vaporizers prevent smoke, but research shows they also yield a higher availability of flavanols in cannabis. Flavanols or terpenes are an important component in medical marijuana.

Vaporizers are cost-effective because when you smoke weed, a large portion of the cannabinoids is destroyed by the high temperatures generated from combustion.

Also, vaped weed has secondary uses. Vaporization doesn’t completely use up all the cannabinoids. And because there’s no fire to destroy the remains, you can use your already vaped weed to make edibles.

Do Vaporizers Make You Higher?

When you inhale a hit of marijuana from a vaporizer, it is purely medicated vapor and contains none of the added components of smoke which makes the medication more effective.

But again, keep in mind, some die-hard smokers expect being high to include the foggy-ness associated with a lack of oxygen.

Try Using a Bong or Bubbler

If you choose to smoke, water can potentially filter some of the smoke from burned cannabis (just change your water regularly). If you are searching for a bong Amazon actually offers quite a few decent pieces. If a bong sounds overwhelming, a bubbler is like a mini-bong.

Another option is to eat medical marijuana. I recommend these Pot & Pumpkin Spice Pot Muffins – it’s a small batch recipe. Keep in mind that eating marijuana is much stronger than smoking or vaporizing it.

Vaping weed is healthier than smoking. Vaping overs a variety of additional benefits too, like saving money, tasting better, decreasing the smell, and producing a more effective medication. 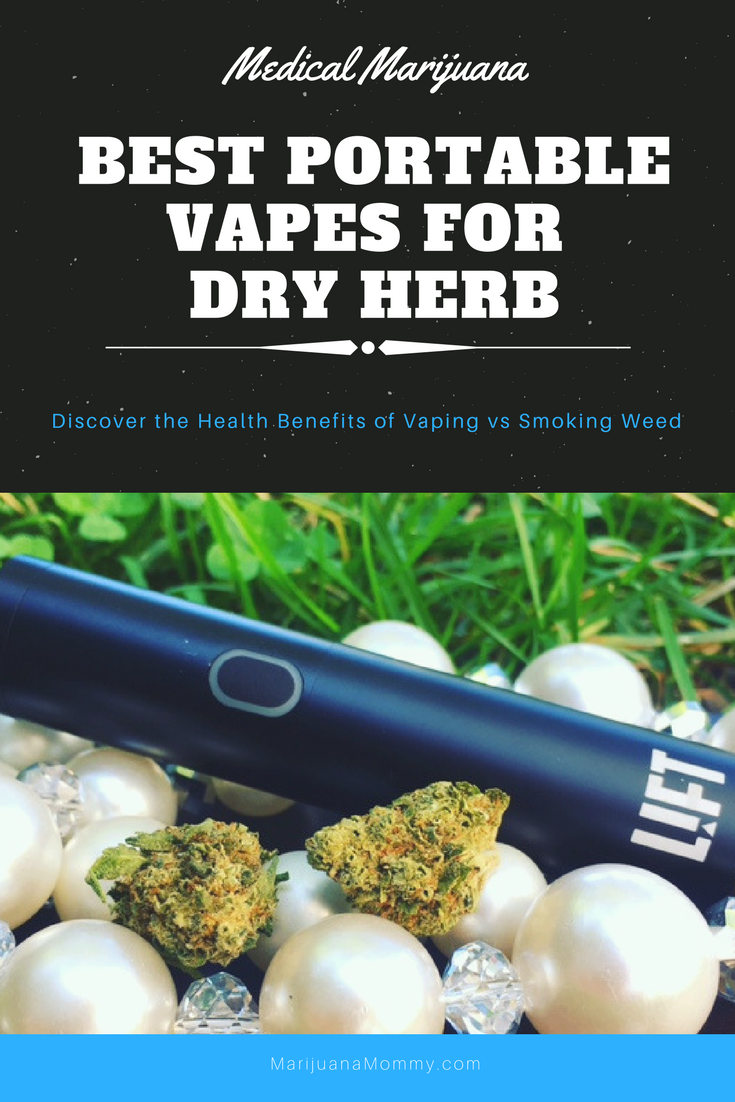