I think J Tea is one of the most interesting new businesses in Eugene. I found this blog post from Seattle resident, and tea expert Rich Tao. It is reprinted with permission. -Jeff

By Rich Tao at Sharing My Cup of Tea

J-Tea International is in the same city as the University of Oregon, about 5+ hours south of Seattle and halfway down the state of Oregon on a drive down to California.  It’s not a particularly scenic drive, but the drive is worth it to see an old friend.  It’s a long overdue trip and I plan my visit to occur just a few months after all of the renovations to his teahouse have been completed.  It’s pretty nice.


Josh is an interesting guy and he also knows a lot about tea.  He has lived in Asia longer than I have and probably reads, speaks and writes in Mandarin Chinese better than I do (he did live there for over 6 years and got his MBA at Cheng Kung U).  We get along well because we both love oolong, especially Taiwanese ones.

His remodeled teahouse incorporates a lot of built-green concepts, including the usage of natural lighting (windows all along the front; nine skylights), recycled and/or low-impact building materials, etc.  And yes, he drives a hybrid as well (although I’m sure he tries to get around by foot when he can).

J-tea stocks a variety of Taiwanese oolongs, as well as various black teas and mainland teas.  He also has a lot of unique teaware and antique pottery (I like his antique porcelain jars).  We drank several of his teas and he tried a few of mine.  I like some of his Dong Ding, I like it when Dong Ding is robust and full-bodied.

What is of most interest to me, though, are his two aged Dong Ding oolongs, one from 1982 and one from 1986.  Curiously, the older one is considerably cheaper than the 1986 tea, but once you try both of them, you’ll know why.  The 1986 aged Dong Ding is a balanced and moderate tea.  It has some tartness from the age in the first infusion that gives way to a smooth, sweet and balanced brew.  The 3rd-5th infusions yield a delicate brew with a slight hui gan; it is quite a nice tea, even more so with sub-boiling water in a good Dong Ding pot.

There is aged tea, good aged tea, and great aged tea (yes, there is stuff beyond great, much of which is difficult to find and can be pricey).  This tea is very good and will become better in the years to come.  I asked Josh to tell me more about the tea after I had the chance to try it with my own teaware and he said that it received the 銀牌獎 (gold medal) from the 2007凍頂老茶展售會鹿谷鄉凍頂茶葉生產合作社 (long name, it’s a 2007 aged Dong Ding competition).  It’s true that many of the tea competitions are kind of hokey and the winners jack up their prices, but the quality of the tea is judged by people who really know tea (whether or not we agree with the criteria they use for judging is a different story).  This tea is $25/ounce, which I think is reasonable for a tea that is tough to find outside of Taiwan and sold by a reputable retailer that will ship just about anywhere.  I’ll write more about value-priced aged oolongs that contribute to the experience of trying and collecting aged teas in the future, but this is a nice treat and very good experience to have with a high-quality aged Dong Ding.

[correction:  he has Sochi cultivar plants, but they are not necessarily for sale…sorry!]

via Sharing My Cup of Tea: A Friend’s Teahouse in Eugene, Oregon. 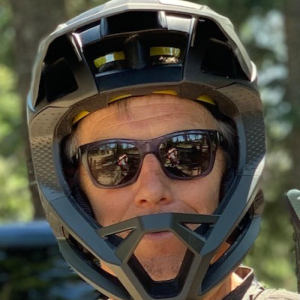 Southeast Eugene Plays in the Snow