Whether you like them or not, Peter Jackson’s Lord of the Rings movies are an astounding achievement in film. With 17 Academy Awards, and over $3 Billion in box office and DVD sales, the trilogy has been heralded by critics and fans alike. The trilogy comes out on Blu Ray this summer, that is the real extended versions, not those edited theatrical releases. The Lord of the Rings trilogy are some of the most exciting, epic, and most beautifully shot films ever… and I’m not saying this as an opinion, I’m stating the fact.

So when I heard a few months ago, after years of legal battles, different directors, and casting changes… that Peter Jackson would be helming the prequels and Martin Freeman from Hitchhiker’s Guide to the Galaxy would be playing Bilbo- this nerd about crapped his pants. Say what you will, Peter Jackson captured the soul of the books in his films, and more than that, he put almost every page on the screen. It was one of the most faithful adaptations I’ve ever seen. While the extended versions of The Lord of the Rings clocks in at a whopping 11 hours, 37 minutes, The Hobbit will be split into 2 movies, filmed simultaneously.

So as of right now the most expensive movie ever made is Pirates of the Caribbean: At World’s End, ringing up a $301 million price tag (Avatar was only $297 million). Well Peter Jackson is spending $500 million… FOR EACH MOVIE. $500 million dollars a piece! That’s almost enough money to pay for all of the wars we’re involved in, for a day. But seriously, Jackson is spending it wisely. The Hobbit movies are what’s being called the “next generation” of movies. Ok so I just made that up, but mark my words, there will be a sea change with these that will sweep across the country… and it’s all about frame rate baby. 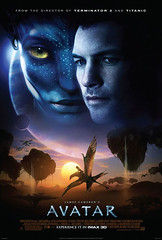 Frame rate is the number of frames that is blinked across the screen in a second. Right now, and for quite some time, the standard has always been 24 frames per second (fps) in America. Television is mostly 30 fps, depending on the program, and the rest of the world uses a 25 fps standard (the difference between PAL and NTSC formats, PAL being 25 fps). This is why some movies you “order” online don’t play on your tv, because they’re flashing an extra frame per second.

Well Peter Jackson and James Cameron are making a huge push toward upping this tired, old frame rate to something much faster and sexier like 48 fps. While the two leading directors would like to push the envelope out to 60 fps, blow back from theaters has caused a slowing of the adoption process. So as James Cameron is currently penning the scripts to Avatar 2 & 3, Jackson and Co. are moving forward with shooting in 3D, not the contrived post-production 3D, and higher fps.

So why the jump in frame rate? Well movies have been filmed at a rate of 24 frames per second since the 1920s, and while it still looks amazing, 48 frames per second provides a much, much more natural looking picture. With 24 fps, whenever there is movement either on camera, or if the camera itself is moving, there is also a considerable amount of blurring. It’s because the frames are limited to 24 in a second, and therefore can’t show the entire movement- only parts of it- thus blur. At 48 fps movement will look more like what the human eye sees (which is fluid movement, not a series of photographs like film).

All of this RealD 3D and doubled frame rates has my inner nerd doing back flips. Peter Jackson’s really been the only choice for directing the follow-up (?) to his iconic Lord of the Rings trilogy. His vision of Middle-Earth is truly magnificent, and they’re the only movies he is really, really good at making. (King Kong and The Lovely Bones left sooo much to be desired). I can’t wait to wait in line for this movie. Ha!