Friday, Friday, Friday! Just when you think the week can’t fly by any faster, it’s Friday and time to check out Toomb’s new releases.  The weather has been exceptionally springy and warm the past few days but don’t let it get you down, it’ll be warm and springy for awhile yet- so get to a movie!

There’s 3 new major releases this week, and all the rave reviews are stacking up to a great weekend at the theater! First up is the haunted house thriller Insidious starring Patrick Wilson and Barbara Hershey. This makes the first PG-13 horror movie from director James Wan (creator of Saw, Dead Silence, and Death Sentence) and it is getting positive reviews across the board. Insidious is the story of a family whose son has been the victim of an accident and is now in a coma. They soon find strange things happening in their house and sure enough it’s evil spirits trying to trap the boy in a realm called “The Further.” James Wan is at his best with low-budgets, he kicked off an entire multi-million dollar franchise with Saw, a movie made for $1.2 million. Insidious was put together for under a million and is so far being billed one of the scariest movies ever made. It looks full of scares and sure to creep out your date, Insidious rated PG-13 for thematic material, violence, terror and frightening images, and brief strong language.

Next up is another movie getting smashing reviews, Source Code. This pseudo-sci-fi action flick stars Jake Gyllenhaal as a soldier who awakens in the body of another man. Through the use of time travel he has eight minutes to find the person who blew up a commuter train in hopes of stopping a bigger attack on Chicago. Source Code is the sophomore film from director Duncan Jones, whose previous movie Moon (starring Sam Rockwell) is one of the best sci-fi movies I’ve seen in years. Source Code is rated PG-13 for some violence including disturbing images, and for language. 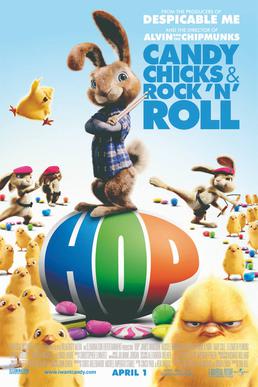 Lastly is the springy and warm Easter Family Flick Hop starring the genius Russell Brand as none other than the son of the Easter Bunny (able to poop candy and everything). James Marsden stars as Fred, an out-of-work slacker who accidentally hits EB (who has moved to Los Angeles to be a drummer) and must take him in as he recovers. Hilarity ensues, and that pooping Easter candy joke just never gets old. Hop is rated PG for some mild rude humor.

Whatever your fancy this weekend, it looks like all the choices are good ones. I’m hoping to hit a evening showing of Insidious, it looks like a great movie to see with a packed audience. Have a great weekend Eugene!

What Is Eugene Daily News?