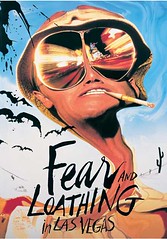 Guess what?! There’s nothing new on Blu Ray or DVD this week, go figure? Well, there is a Criterion Collection Edition Blu Ray of Fear and Loathing in Las Vegas, along with a few minor releases like Human Planet, a documentary about the human species.

I don’t remember the last time there weren’t any new movies out on Tuesday, and I’ve been dumbstruck with what to give you guys as a replacement. How about a look at one of today’s best options when it comes to home entertainment? (and I was a hard convert, so take it from me when I say) 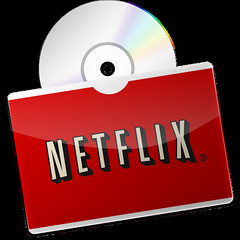 Netflix rules. It’s a simple sentence, and yet it means so much. As an avid disc-man from way back, I was a tough convert to Netflix, the online/mail-order DVD/Blu Ray service. In fact, back 10 years ago when Reed Hastings, the co-founder of Netflix, flew down to Texas and bravely told John Antioco (CEO of Blockbuster, the former great video chain) that they should work together to bring movies to people over the internet… he was literally laughed out of the office.

Netflix offers an online alternative to movie rental. It combines a giant movie library, a top-notch streaming application, and a “like” algorithm that suggests movies to you based on the ones you’ve watched already. Customers can pay well under $20 a month to get not only disc-rentals sent to your mailbox, but a virtually unlimited number of streaming movies, television shows, documentaries, and more to your home computer, mobile devices, or game consoles.

As a man who spent his entire 20s renting DVDs from Blockbuster Video (I swear when I was in college my roommates and I watched almost every movie in the West 11th store!), I too was a hard-sell on internet-based disc rentals. When Blockbuster offered their paltry Blockbuster Online in 2006, it was a horrible service. It took multiple days to get a movie, you never got the movie you wanted, and half the time it was the wrong disc in the sleeve! The only good thing about Blockbuster Online was you got to trade it in at the store for another free rental. With all of the money I pumped into Blockbuster Video from the year 2000 to 2010, it’s amazing to me that Blockbuster is now on the “chopping block” after filing for bankruptcy and closing half it’s stores.

In fact it was just announced this morning that Blockbuster has won the right to sell the rest of its assets (valued at somewhere around $250 million) to Dish. Dish, owner of the 2nd largest satellite tv network) will take on costs for the leases at over 3,300 video-rental stores across the U.S. while it decides whether to keep them open. A decision that affects somewhere around 29,000 jobs.

And do you know why Blockbuster is going the way of the CD store? Netflix baby. I never would have believed it to be possible, but what’s been called the “most successful online start-up in recent history,” has taken down Goliath. It’s stories like this that give us a EDN a warm feeling inside. David and Goliath is the most appropriate analogy when dealing with anything in our modern, corporate-driven, fast-food culture. Whether you’re talking about video rentals, the music industry, or the gradual decline of cable, the “little” guy taking out the big ‘uns are what we thrive on. It is, after

all, the point of this website. To bring news that matters to the public on a local level… without a million dollar budget.

When I say that I watch Netflix everyday, I’m not exaggerating. They have everything from the funniest thing I’ve ever seen, to movies you can’t find anywhere else, to some of the greatest programming on television. While this all seem like mindless promotion, the trick is, I’m not. Go find out for yourself, Netflix has changed the way I watch movies. If you don’t like it, I think you can still find a Blockbuster somewhere…