Saturday Night saw The Club Circuit at Cozmic Pizza for the June 2011 Eugene RAW show, featuring newcomer Justice Beagle and hosted by Strange Dichotomy.  I’d been to Cozmic Pizza before and always love the open, airy, and casual atmosphere of this venue.  With a nicely-appointed stage, and seating for those drinking alcohol separated from sections for folks under 21, this all-ages venue boasts a nice selection of beers and wines, with a (shall we say “cosmic”) menu of pizza, salads, and other yummy victuals.

But of course, the reason we were here was to meet and be astounded by the bands performing.  Eugene RAW is hosted by Strange Dichotomy, featuring local up-and-coming young musicians and/or bands, sharing the stage and entertaining the folks.  With a $3 door, the bands don’t get a lot of money for doing this, it is purely for the opportunity to play in a very different kind of venue from that available in most of Eugene’s club scene.

Opening the set was Justice Beagle, just 16 years old and stepdaughter to Eugene’s own Mitch Chamberlain of Gladhander, this promising young lady serenaded  her way into our hearts with covers of singles from Adele, Amy Winehouse, and Lady Gaga, amongst others.  Her opening of John Lennon’s “Imagine” was soulful, and the closing (shared with her cousin Jay) of “Lucky” were all very well received by the audience.  She has a great vocal range and potential.

I had a chance to chat with her after her set, where she told me that her primary focus (for now) is on finishing school.  She will be doing some shows with “Girls Rock” at the Axe & Fiddle, and has some youtube videos, including “Beauty In the Breakdown” which I highly recommend. We hope to see more of Justice in the future!

Hosting the show was, of course, by Strange Dichotomy.  These guys are truly a hidden jewel in Eugene’s band scene.  Comprised of Greg on acoustic guitar and vocals, Luke on bass and vocals, Kyle on electric guitar, and Jason on hand drums, this set caught us completely by surprise.

In talking briefly with Greg before the set, I learned that he has actually been involved in the local Eugene music scene for some time, working previously with Hyde & Jekyll.  Eugene RAW really is his passion at this time, trying to give local bands the opportunity to play together in a unique “acoustic” venue.  In his own words, Greg says “[I] have always believed that playing unplugged is a testament to a band’s true ability… the bands we play with jam acoustically. Kinda make them play outside their comfort zone. It means every show should be unique and memorable.”  It was all that and more!

This is a group of formidable musicians, who all have their own unique strengths but are still able to blend this into an amazing single entity.  The group’s sound as a whole reminds me very much of one of my favorite all time bands, “Days Of The New” (when I mentioned this to Greg after the set he told me he has heard this often).  They have an interesting mix of blues-rock with a definite tribal feel.  Luke’s backup vocals blend perfectly with Greg’s lead vocals, and he plays some awesome bass runs (while dancing!) simultaneously.  Kyle’s electric guitar work simply shines, providing a sweet partner to Greg’s acoustic guitar.

The closing band that was scheduled to play did not show up (their loss!) – so we had a chance to get a couple extra songs from Greg and crew which was definitely a bonus.    I especially liked their closing cover of The Police’s “Walking On The Moon” – done completely reggae!  This band has an amazing stage presence and energy as well – we will definitely be back to catch these guys again! 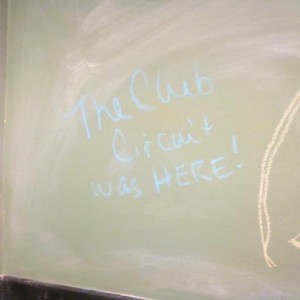 Search for Roseburg teen scaled back