After the Fair
– Mike Bullington, EDN

The Fair has ended.

At 7:00 p.m. last Sunday the gates closed at the Oregon Country Fair and thousands of people got in their vehicles or on the city bus and went back to their lives. The Great Heights group of stilts performers came down from their lofty views and the human statue packed up his box, took his donations and drove home. Peachi the Dragon went back to storage and the MarchFourth marching band put away their drums and costumes.

When the rains return engineers will close the flumes at Fern Ridge Reservoir and the Long Tom River will swell beyond its banks and flood the fairgrounds. The oak-lined pathways, the field of the main stage and the whole of the 400-acre fair site will sit under as much as five feet of water for at least three months through the winter. Anything that has not been moved to higher ground on the property or secured down will be washed away.

James Smith, the 26-year veteran of fair deconstruction walks across the empty field at the fairs entrance, past the wooden dragon in dragon plaza, alongside panels of art and under wooden trellises. He gestures at ticket booths, the signs, the art. All of it is coming down.On the far side of the main entrance the fence opens up to a field where a scattering of worker’s vehicles are parked. Smith stops at his truck—a white utility van that is speckled with hundreds of magnetic letters and words of the sort that sometimes adorn refrigerators. The letters have been arranged by the crew, local children and anybody passing by to spell out names or phrases like “always believe, play together, pretend more” and “saw a boy ride a butterfly.”

“JAR!” comes the booming voice of the 60 members of Smith’s crew in unison through the oak trees behind him. Smith, who in the tradition of fair-names goes by Jar, turns to find his crew awaiting the start their afternoon briefing. The crew members are sitting in a semi-circle around a rusted trough used as a fire pit and stove. Tents and tarps are sprawled throughout the area, where the crew will stay for the next week as the fair comes down.

The Oregon Country Fair has in entirety a staff of ten paid members and thousands of volunteers. The entire fair is constructed and deconstructed by a long list of crews. There is the Sign Crew which is responsible for the hundreds of painted signs throughout the fair and the Green-Thumb Crew who cares for the gardens which feed the hungry volunteers. There is a traffic crew, the Red Tag Crew for building and safety inspections, tree crews, wildlife managements crews and a host of others.

The Decon Crew is Smith—Jar’s crew. In the spirit of the merry pranksters they are a rag tag group of color— a blend of pranks, fair names and fierce dedication to both Smith and the work that is ahead of them. The meeting on the day’s tasks involves updates from the crew leaders, such as progress on tearing down a seasonal bridge, to a chorus of laughter over the recollection of last year’s prank on the Recycling crew.“We hid their stove,” explains Jar. “We took it apart and hid it in the bushes.” In retaliation the Recycling Crew filled Decon’s stove with hundreds of orange peels. “It smelt wonderful!” Jar announces to much laughter from the crew.When Smith came to Veneta in his first summer on the west coast 26 years ago he was helping a band carry equipment to and from the Main Stage. At the end of the three days he went to the organizers and said “I want to be here next year, how can I come?” The late Jim Richmond, aka “tongue and groove” put him to work. “We stacked wood on barrels to keep them from floating away in the winter.”

There was no Decon Crew then, just a handful of guys doing their best to make sure the whole place did not float away when the waters came. Now he stands before his crew of 60 working for a week discussing the afternoons list of tasks. Their task is enormous. There are approximately 350 vendor booths, 18 stages, hundreds of signs, countless panels and thousands of feet of fencing that must be prepared for the waters before the crew departs for the year. Most booths will be stripped down to their poles, removing any horizontal surface that would warp under the water. Newer fences use a split design to decrease labor: each fence is cut in half, lengthwise in a swooshing pattern. This week Jar’s crew will go about and remove the bottom half and nail it to the top half, allowing the water to pass under the fence.

While the Decon Crew dismantles the booths a team of 120 recycling volunteers, led by Lara Howe, will process 250 tons of garbage accumulated by the 45,939 attendees at this years fair, plus staff and campers. Lara’s crew sorts all recycling before sending it to EcoSort in Eugene. “We believe more gets recycled if we sort it ourselves, so we do the extra work.” In an analyses done by Bring Recycling it was found that of those 250 tons, 90 percent will be recycled, composted or reused.

The Recycling Crew loads garbage from around the fair onto a reptilian truck, “Godzilla”, that is decked out with scales, a gaping mouth painted on its grill, and several plastic miniatures of its namesake attached to the hood. Godzilla has been around since the early days of the fair when volunteers would pile on top of the trash in the back to keep it from blowing out on the way to the dump.

Practices have modernized at the fair and now include the use of large articulating telescopic forklifts for moving the garbage around. Other modernizations include an ecological crew that not only walks about picking up cigarette butts and restoring vegetation but looks after a wetlands restoration area upstream.

To feed the army of volunteers, the five-star staff kitchen stays open a week after the fair’s closing. On the menu for tonight is chicken curry with a vegetarian curry and a vegan option, plus salad and desserts from the fair bakery.  Tonight and for the remainder of the week the kitchen staff will feed about 260 for lunch and dinner.

The kitchen staff, like all crews at the fair, are a close knit family. Their headmistress, Geri McDonald, is a graying woman with kind eyes and a thoughtfulness that goes into her work feeding the post-fair crews. She keeps in her work area a framed photo of a young man with blond hair and a full smile. It is a photo of David Minor, a member of the fair kitchen family who was killed after being struck on his bicycle by a vehicle in 2008 at the intersection of Willamette and 13th in Downtown Eugene.

“He was a great kid and a very important member of this crew,” Geri says with a sadness apparent in her eyes and voice as she looks at his portrait. “I bring it out and put it in the kitchen so he can be here with us.”

Beside the kitchen a painted sign declaring “Quarter Monster” announces the quartermaster’s area which serves as the communication center for after fair activities as well as providing two-way radios and other gear for crew members. The quarter-mistresses—as the three women running the communications this year prefer to be called—work from behind a wooden counter that is, like all the wood at the fair is knotted, rough and intrinsically rustic.

A long line of faces dirty from recycling, hauling and camping snakes its way back from under a “lettuce serve you” hand-painted sign and through wooden tables and benches where the crews eat. Jar sits at a private table wearing a black and red plaid flannel, his red hair tied in a ponytail. From under a tan sun hat he surveys the crowd of his workers getting lunch.

“The truth is, for most of these people here it isn’t about the fair.” There are members of the crew that Jar has held as babies and now have returned as young adults to work along side him. “No one gets paid anything,” Jar says. “Obviously it is still fun enough—family enough— for people to come back and do it again.” Crew members come from California, Washington, the east coast and many states in between—some of them taking their two week vacation from full-time jobs to work the Decon Crew.

As If on cue a husky man wearing a black baseball cap emblazoned with the Muppet “Animal” approaches Jar’s table. He has a face of stubble and a mouth missing several front teeth which he displays proudly in a wide grin, “Boss, how can I make your life easier.”

His fair name is Animal and he is, as Jar relates, “a great team builder and an entertainer who knows how to get everyones attention in a fun and enlightening way.” Animal, aka Jeff Johnson, came to the fair site broke and homeless 11 years ago. He has not left since. “Literally,” Jar points out, “he’s never left.” Animal worked a booth the first year and afterwards asked if it was possible to work full time for the fair. He was told that he “looks big enough to pick stuff up” and given a chance. He is now the year-round groundskeeper for the Oregon Country Fair.

“I’m actually the poster child here but they’re not going to make a poster out of me,” Animal offers.

“Yea they will,” a crew member shouts,” and it will say ‘WANTED’ at the top.” All those close enough, particularly Animal, enjoy a laugh at the wisecrack.

“I have two new eyes,” Animal shares as an example of the fair magic that is collectively known as “fairendipity.” When cataracts were causing him to lose his sight the fair family passed the hat. “I’ve got about $7000 worth of eyes that came about because of the generosity of the people around here.”

“This place, because of the volunteer spirt and the hellatiously good time we have—it changes who we are,” says Jar while picking at his salad. “It has led to lifelong friendships. If they tow their weight magic happens.”

When the flood water comes in from the reservoir the table that Jar had his lunch at while overseeing his crew this summer day will likely be under water. Family members have been known to canoe through the flooded area and check on the permanent structures that are left behind. The thousands of volunteers that make the Oregon Country Fair possible will wait until the sun comes back, the flood waters recede and the people come back to dance.

Temporary Mural Going Up At The Cannery 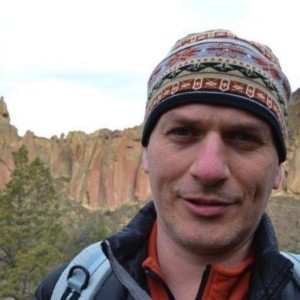 Temporary Mural Going Up At The Cannery