“Eugene is a place where walking and biking are integral to the community’s culture, where the city’s livability, sustainability, and overall quality of life are enhanced by more people walking and biking, and where these activities are safe, convenient, and practical options for everyone.” – Vision statement from the Eugene Pedestrian and Bicycle Strategic Plan 2008

This last Monday, interested pedestrians and cyclists had the opportunity to examine and respond to the city’s 20-year master plan for renovations, and new development of pedestrian, bike, and shared facilities.  The city hosted a two hour Open House at the Eugene Library featuring highlights of the plan as well as several maps displaying the specific changes to be made.  Eugenians in attendance had a chance to talk with city representatives and express their thoughts with others present.

City of Eugene Pedestrian and Bicycle Coordinator, Lee Shoemaker was present at the open house, and spoke with EDN.  When asked why this is an important initiative to the city, Shoemaker responded that it is part of the plan to “Meet city goals of decreasing greenhouse gases.”  He also noted the importance of fostering healthy active lifestyles in the community.  Shoemaker expressed that achieving these goals is made possible by striving to make Eugene more walk-able and bike-able in a way that is safe for all, “there is a sizable percentage of people, for instance families with children, who would like to ride more, but simply don’t feel safe to do so.”  “We would like to see a new classification of ‘Bicycle Boulevards’ develop,” citing recent changes on Alder Street as an example of one potential for safety improvement.

Throughout the entire development of the plan, the city has worked closely with several community organizations and residents to gain crucial input, in hopes of making a cohesive, feasible, and relevant plan.  Community involvement included two prior open houses, as well as the formation of a Project Advisory Committee (PAC).  The PAC was composed of representatives from neighborhood groups, the Sustainability Commission, school districts, higher education institutions, the Bicycle and Pedestrian Advisory Committee, among others.  The committee also gained insight from community members through an online survey.

Major changes slated for the next 20 years include: 25.2 miles of sidewalks, 12.2 miles of shared-use facilities, 111.2 miles of bike ways, as well as several intersection, infrastructure, and sign improvements.  Ideally, the plan will help to establish “20-minute-neighborhoods”, a concept that strives to make local, sustainable living an easy option, with work, shopping, recreation, and other opportunities easily accessible within a 20 minute walking distance.  Overall, the city would like to see in the next 20 years, a measurable doubling of the percentage of trips being made by foot or bicycle.  The anticipated benefits of the plan include decreases in traffic congestion, carbon and noxious emissions, cost of road maintenance and exposure to accidents.  The city also hopes to see increases in individual health and wellness, air quality, and access to equitable resources.

Eugene resident Jeem Peterson was willing to speak with EDN regarding his thoughts about the changes.  He stated that he wished that more changes were being made, that “the bike needs a chance to get where it’s going,” insinuating that although Eugene is undoubtedly a shining example of a well constructed biking environment, there are still many improvements that would allow the city’s reputation to flourish.  Jeem told me that the changes he see’s as being most relevant are those that increase safety, as he views this as a major inhibitor for many would be bikers.  Jeem emphasized the importance of the bike-ability of this city when he stated that it was a major draw in bringing him to Eugene as a transplant from Vermont.

Eugenian Jim Holm also spoke with EDN about his concerns.  Specific to his neighborhood, he pointed out on one of the maps, a stretch of road along the Delta highway from Green Acres to Ayres Road.  Holm said that although this stretch is not currently one of the areas to be improved upon, he has always hoped to see a change.  Holm explained that this is a hazardous section because of a lack of designated biking space and a number of landscaped islands that lead to the formation of entrapment or pinch points along the road, which is frequented by gravel trucks.   He continued to point out an intersection change that he was happy to see being made.  The intersection encountered by a biker exiting the river bike path via Briar Cliff, onto River Road, currently requires those traveling south-bound to cross four lanes of traffic, without a designated crossing.  Holm added that he thinks that constructing a path connecting already existing paths along the river, in a loop, would greatly increase Eugene’s livability assets.

The rough draft of the Pedestrian/Bicycle Master plan may be viewed on the City of Eugene’s Transportation System Plan website.  Those with questions, comments, concerns or suggestions are welcome to respond through the site until October 14th. 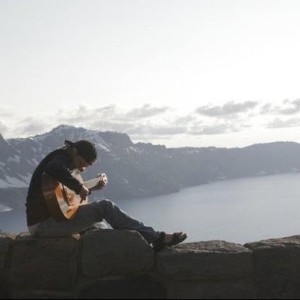 View From The Sideline

Night on the Town SATURDAY