Football fans will be gathering all over town to watch the Ducks kick some USC butt tonight.  Afterwards, like everyone else, I’ll be all revved and up and will need to blow out all that energy.   Oh yes, the music scene is ready to help with some select tidbits to channel the euphoria of a hometown win.  I have no intention of holding back.

How about meeting the tiger head-on with a little Digital Violence served up screaming loud?  It’s all metal at the Black Forest tonight. There will be no mercy nor downtime so go prepared for head banging, blood pumping rock designed to remove all doubt.  Also on the bill is a band from Edmonton, Alberta (Canada) with the catchy name  Discontinuum.  I couldn’t preview the music for you, but I am intrigued they have one self-released album called “Inside the Discontinuum” that their manager Jeff Church describes as “mixing melodic death metal/black metal atmosphere, progressive off-beat rhythms, and acoustic/alternative rock choruses.”  Who wouldn’t want to sample that.  Hey, the boys have made it here all the way from Alberta so I say check them out.  The show starts late at 10:00 pm with no cover.

It’s time for LA Thompson to come clean and admit that white boy blues turns me on.  It doesn’t get any better than the Sultans of Slide as far as I am concerned.  I caught their New’s Year Eve party at Mac’s to bring in 2011.  Big Monti Amundson and company are absolute maestros on the slide guitar.  Right after I fell in love with them, the band took off to Amsterdam to tour behind their release Lightning Strikes.  They’re back at Mac’s tonight and you know I’ll have to be there.  When Big Monti belts out “Stupid Trouble” and I get goosebumps knowing that I was once the kind of girl that meant trouble by truck load.

I sincerely hope the Sultans are playing upstairs where there’s plenty of room to dance because I’m going to have move, especially when they play “Drive All Night”, with Monti’s voice sounding like a dark angel in my head.  Do not stand in my way if you don’t want to get hurt.  Show starts at 9:00, $8 at the door.  You’ll get 3 solid hours of some of the best blues on the west coast.  I kid you not.

Finally, for those folks who have figured out that bluegrass can be a ton of fun, the Alder St. Allstars will be at the Granary tonight.  This authentic folk band is capable of filling a much larger venue than the bar at the Granary, so I’m thinking it could be a packed house even if it’s just their friends who show up.

Their tunes are rousing and the lyrics make me smile.  A little toned down from other recommendations, but well worth the $5 cover.  The show starts early (at 7:00) with Sorta Ultra, a punk rock band from Portland and Low Tide Drifters, a local bluegrass favorite. This is a great line-up and very good things will happen musically speaking.

I won’t be holding back, not at all.  And I’m not planning to let you.  Let it go folks, let’s party!

Night on the Town sponsored by:

A Big Northwest Talent and A Haunting New Video

Night on the Town – Friday

Night on the Town – Saturday 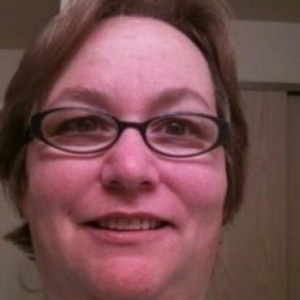 A Big Northwest Talent and A Haunting New Video

Night on the Town – Friday