PORTLAND, Ore. – In a move that seemed inevitable over the past couple weeks the Timbers have sacked head coach John Spencer. The team is in eighth place in the MLS’s Western Conference, at just 5-8-4 on the season, including a 0-6-2-road record, and have been dismal and underperforming all year. General Manager Gavin Wilkinson will take over as interim coach for Portland and will finish out the season at the helm. Until today team owner Merritt Paulson had stood by Spencer throughout his turbulent coaching stint in Portland.

“Any coach needs an adequate amount of time to prove themselves,” Paulson even stated after the disastrous US Cup loss to fifth tier team Cal FC. A mediocre June followed, after the Cal FC game, and two tough road losses forced ownership to change its tune. The long-term candidate search has begun in the Rose City as the team looks to make the playoffs for the first time their young MLS career.

While the move isn’t a curious one, the interim coach is. Many fans have been asking for a new GM over the 2012 season as many of Wilkinson’s moves have fallen flat. Bringing in Scottish national Kris Boyd was a daring move at the start of the season. Boyd had a precarious 2011 season that found him toiling around the second tier of English soccer followed by a spell for the Turkish club Eskişehirspor.

Many fans saw Boyd’s move as a blessing after Kenny Cooper’s haphazard 2011 campaign but the results haven’t panned. It is possible that Boyd will flourish under the man that brought him to the Rose City but if the style of play doesn’t change then the Scotsman will continue to be ineffective.

The team isn’t too far from being a playoff side currently. With inspired wins over Seattle and San Jose, Portland has shown signs of greatness recently. Hopefully the coaching change will bring the energy and motivation that the team is lacking on the road. The Timbers have a gracefulness in games at JELD-WEN, an undaunted confidence.

They look loose and decisive. When they are on the road they look clunky and bewildered. Facts are Facts; any coach that holds the reins in Portland needs to find a way to win on the road. Whether or not Gavin Wilkinson has the moxie is yet to be seen but all it will take is one road win to win over this frustrated fan base. If the ineptitude on the road continues, expect the rumblings to grow louder in Portland and Wilkinson to be facing a similar fate as John Spencer.

Note – Spencer was hired as the Timbers’ first MLS manager and was 16-22-13 in his career. Portland had just two road wins under his reign and finished sixth in the Western Conference in 2011. Wilkinson will have a test in his first match as manager; the LA Galaxy will head to Portland on Saturday. 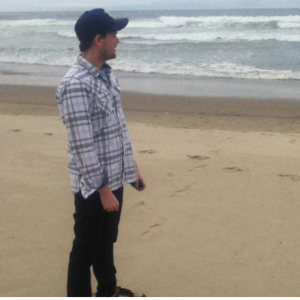 Shea is a journalism major at the University of Oregon and is originally from Lincoln, Nebraska. He is a proud supporter of the Portland Timbers, Arsenal FC and the Chicago Cubs. He can be reached at [email protected] and follow him on twitter @SheaCaringle