Surrounded in a sea of kids seeking autographs in Beaverton, Oregon last night we witnessed a young man of rare qualities meeting his public.  They are coming in record numbers now to see the phenom they call DASH as he wrap up his High School career on his way to Oregon.

Thomas Tyner is now rated the #1 running back prospect in the Nation by many of the Nation’s top analysts.  His relatively quiet night last night (13 Carries for 186 yards and 2 TDs) was proceeded by weeks of 300 plus games.  The game of legend two weeks ago where he ran for 644 yards and 10 TD’s is still fresh in the air.

So out they come to see Tyner and the Warriors play.  And every night the followers grow and add to an already teeming Warrior Nation that began 3 years ago when Tyner and his fellow Seniors came into the program and won a State Title.

Last night the kids and adults stood for over 30 minutes waiting for Tyner to sign his mark on a hat or a Ducks shirt or an Aloha program.

“This is like a rock concert,” said one young girl swooning.  “He is amazing and he is cute too.”

And watching the stands and the track fill up 5-10 people deep it is hard to argue with her.

The young man from Aloha led his team to the Oregon 6A State Title in 2010 (as a Sophomore) and made waves as he was 185 pounds and fast.  That season he went for 1,600 yards had 20 touchdowns and crossed the goal line 20 times.

Thomas went on to compete in Track as a sprinter and wowed fans Nation wide as one of the fastest 100 Meter athletes in the Nation.  And he continued to grow physically.  That lethal combination of speed and size caught the attention of the Oregon Ducks who offered him on the spot.

The Tyner’s, being Duck fans, made a family decision that Thomas would shut down any recruitment issues and the circus that was coming to his home by pulling the trigger.  He verbally committed to the Ducks during the 2010 season.

Tyner went on to have a big 2011 season but was sidelined by a concussion caused by a late helmet to helmet hit in the preseason.  He also was hampered by a hamstring injury which made him less effective.  But Thomas was still one of the premier backs in the Region.

He also broke the Oregon State 100 Meter Record in 2011 running a blazing 10.36 making him one of the 5 fastest kids in the Nation.  Imagine a kid 200 pounds faster then the Black Mamba De’ Anthony Thomas.  At that point the Tyner legacy grew and went National.  He became a 5 Star Prospect rated by both Rivals.com and Scout.com.

Here is that amazing performance that stands today as the record in Oregon.

Back to 2012 in Aloha the Warriors have become the City Hall and the sense of community pride.

We wondered if the pressure of the crowd is getting to Thomas?  After all Duck Nation is already coming to these games to watch him and he was the first player in the Nation selected to play in the Army All American Game next January.

Can he handle it?

Well here is a look Amazing Highlights and an interview one on one with the young man that has helped build his beleaguered community of working class folk into a proud people. 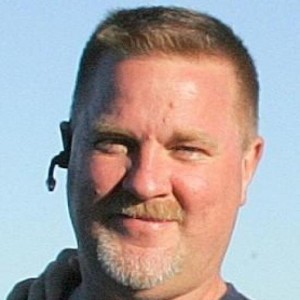 Dirk Knudsen is the premier NW Prep Analyst and writes for Rivals.com. Dirk has dedicated himself to writing the story of the Northwest Prep Kids to the National Audience that is Rivals.com authoring 3500 stories in the past decade. His work has helped to elevate NW Prep Sports to the Highest levels ever. Email him anytime at [email protected]