I did not grow up celebrating Thanksgiving. The first time I partook of the celebration I was eighteen. My host parents had an amazing spread of food, all new to me; from the cranberry sauce to the pumpkin pie to the sweet potato casserole. It was a feast of unknown flavors, smells, and presentations. Several years later I became more familiar with the holiday and became intrigued with one dish in particular: stuffing. Probably because we don’t have stuffing as a traditional holiday food in Europe.

For the longest time I thought pre-packaged stuffing was more convenient than the homemade version. I was pleasantly surprised three years ago when I made my first batch of homemade stuffing that not only was it easy to make but I could tweak the recipe and use gluten free breads to lower the gluten dose in my meal. Are you interested in making you homemade stuffing this Thanksgiving? This is a recipe that is made with gluten free corn bread and sour dough spelt bread. Spelt is an ancient grain with a low gluten index. Since I am gluten sensitive I seem to tolerate it better than regular whole wheat or even rye bread. If you are trying to avoid a gluten coma this Thanksgiving but would like to eat stuffing with the rest of your family, here is an easy recipe.

4. Next you will need two cups of buttermilk.

You can make your own buttermilk by adding a teaspoon of apple cider vinegar per cup of raw milk and let sit for ten minutes.

5. Add it to the mixture and mix well.

8. Bake for fifteen minutes or until golden on top. To test if it’s done, stick a toothpick in and see if it comes out dry. You can of course add 1/2 of honey to make it sweet. For this purpose I wanted to make the stuffing more savory so I opted for no honey.

This is my favorite brand of spelt bread. I buy this bread rather than making it because it tastes amazing and it is better than what I can make at home. It has a great ingredient list: sourdough culture, whole grain spelt flour, sea salt, water, flaxseeds, sunflower seeds. (For my Eugenian readers, you can buy this at Sundance for six dollars.)

About the size of croutons.

3. Spread them out on baking dishes about one layer think and stick them in the oven for ten minutes or until dry and crunchy.

4.While the croutons are drying in the oven, chop up a head of celery,

7. a sprig of fresh rosemary,

9. Saute everything in butter until onions are golden brown.

I am a fan of nitrate free bacon and you should be too. Nitrates are toxic and you should keep them far far away from your liver. Luckily, companies will tell you if their bacon doesn’t have nitrates, though usually not if they do. Always look on the package.

10. Sautee ten pieces of bacon (or however much bacon you would like in your stuffing).

11. Slice it into small pieces.

12. Take the croutons out of the oven and place them in a mixing bowl.

13. Combine with the bacon, sweet onions, celery, and fresh herbs.

15. You have the option of stuffing your bird with this.

Or pour some home made chicken broth and bake it in the oven. If you opt for this latter step I would check and add more broth after twenty minutes in the oven or if it looks like it needs some extra moisture.

During this season of blessings I am thankful for my husband, my family, my community and my readers. You all have contributed to my growth as a wife, a daughter, a sister, a friend, and a blogger.

I’m Really Tired Of Hearing About It.

Back to the Mother Ship 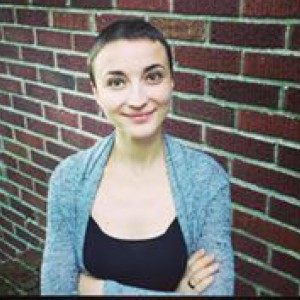 I’m Really Tired Of Hearing About It.

Back to the Mother Ship