Oregon is making a habit of not being able to make shots in late game situations. After going scoreless in last four minutes of its first meeting against Cal, the Ducks once again came up short Thursday against the Golden Bears.

After a missed jumper by Damyean Dotson set up a last shot for Cal, Justin Cobbs hit a game winner as the buzzer sounded to make the score 48-46. Oregon shot 27.6 percent from the field, 25.9 percent in the second half and was scoreless the last two minutes of the game. The game was back and forth throughout, as the score was tied eight times and changed six times.

Oregon wasn’t good in any aspect of shooting, as they went 2-15 from the three point line and 12-20 from the free throw line. The Ducks struggles from the charity strike was the biggest disappointment for head coach Dana Altman.

“We got to the line, we just didn’t finish enough free throws,” Altman said. “I think that was as big a thing as anything.”

The win for Cal makes it 11 straight for the Golden Bears against Oregon. The streak dates back to 2008 when Ernie Kent was still the coach for the Ducks and E.J. Singler was a senior at South Medford High School.

Oregon was in the bonus at the 13:14 mark in the second half but only shot 6 free throws from that point on. Two of those free throws were missed by freshman Ben Carter to keep the score 41-41. Singler struggled all night, leading to 7 points on 1-12 shooting. He spoke to media after the game about the loss.

“Just hurts. I thought we had it today. It’s a tough game to lose.” Singler also said the Ducks gave up too many baskets down the stretch, as Oregon was outscored 10-4 in transition.

“Down the stretch we let them get too easy transition points,” Singler said.

Cal’s two stars, Cobbs and Allen Crabbe had 14 and 12 points respectively. The two had 17 combined points in the second half, fueling Cal to a victory. Singler spoke about the game winner from Cobbs.

“We were playing great D, but he made a great shot.”

After the first game against Cal, Arsalan Kazemi said he let his coach down and responded with 11 points, 18 rebounds and four steals. Those 18 rebounds were a season high for Kazemi and gave him his 52nd double double of his career. It was one rebound shy of tying his career high.

Oregon outscored Cal’s bench 17-8, led by Carlos Emory‘s team high 13 points. Oregon also owned a 15-2 advantage in second chance points and won the turnover battle 16-10. While those are the stats that usually indicate a win for Oregon, its poor shooting was too much to overcome.

As Altman said “We did a lot of good things, we just didn’t finish.” The Ducks will look to come back strong Saturday when they face 15-11 Stanford at 6 p.m. 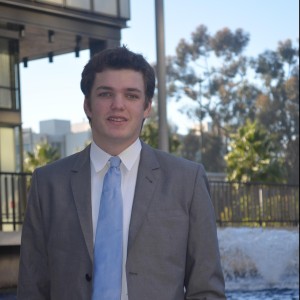 More rain for the Valley with some serious snow in the mountains and foothills.

It will be wet today with significant snow in the Cascades and the foothills.