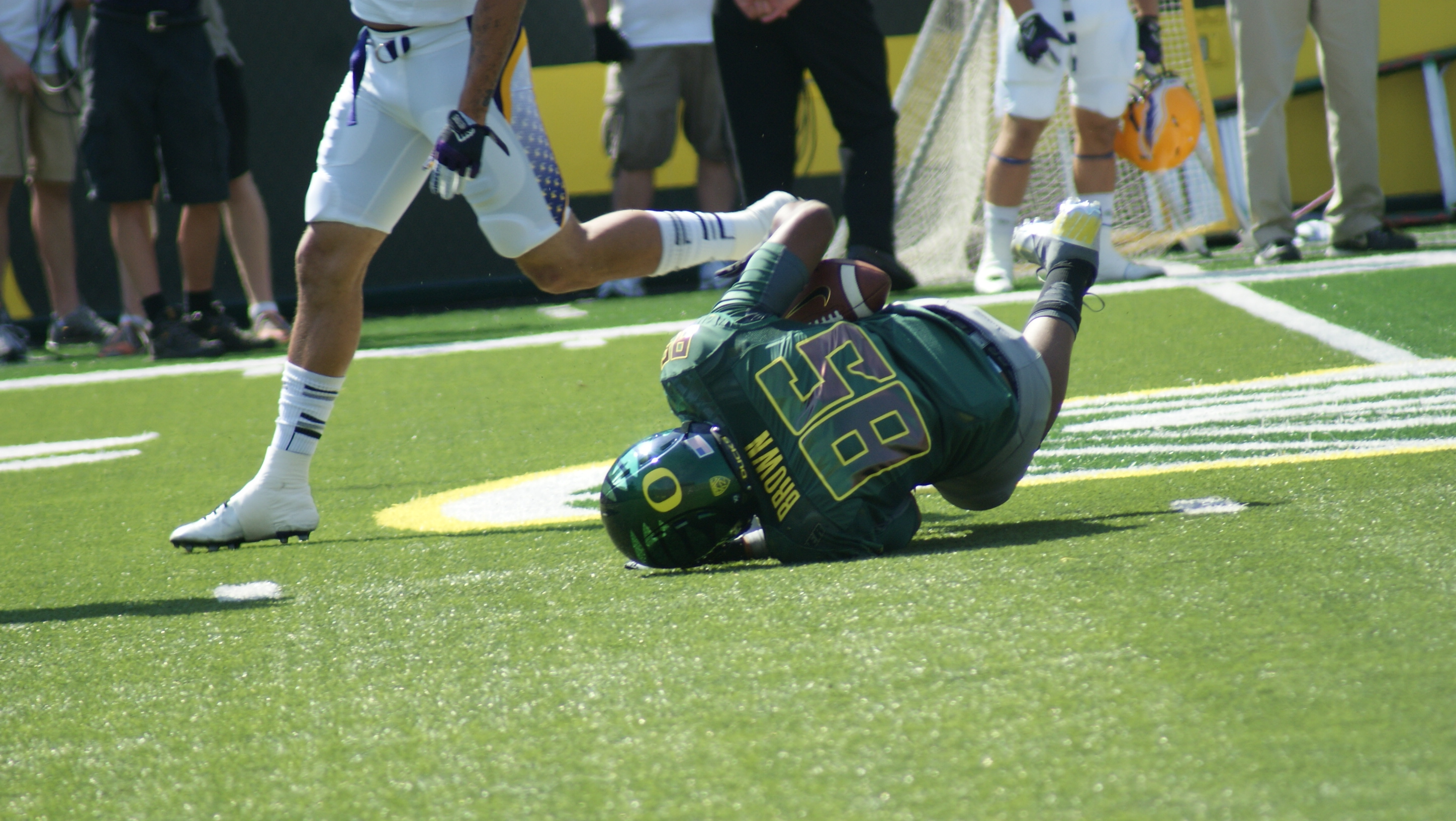 Before joining the Ducks, Brown was a two-way star at Brush and one of the crown jewels of the Ducks’ 2012 recruiting class. Along with his abilities on the gridiron, Brown is also an incredible basketball player. He was honored with first-team all-conference and MVP as a junior when he averaged 16.0 PPG and 14.0 RPG. As a senior, Brown again averaged a double-double for the season with 18.5 PPG, 11.0 RPG and 3.0 BPG.

In football, Brown had 32 receptions for 753 yards (23.5 YPC) and 10 touchdowns on offense while he posted an incredible 12 sacks as defensive end for the defense as a senior. Brown played in the Offense-Defense All-American Bowl and was honored as the West’s offensive MVP and second-team all-Ohioan in 2011. He saw action as a TE, DE and even played some time at quarterback.

Some of the major programs to offer to Brown include Arizona State, Michigan, Michigan State, Nebraska, Pittsburgh, Purdue, Vanderbilt and West Virginia among many others. He received offers from a member of each BCS conference.

In 2012, Brown had to play behind Lyerla but was second on the TE depth throughout the season. He recorded two catches for 42 yards with a 26-yard catch against Tennessee Tech and a 16-yard catch in his Oregon debut against Arkansas State. He also recorded one unassisted tackle against Colorado.

Brown had a strong outing in the 2013 Spring Game as well recording two catches with for 34 yards with a long of 19, which was second amongst TEs behind only starter Colt Lyerla.

Brown is in a battle for the backup tight end position. Lyerla has a firm grip of the No. 1 job, but there’s an incredibly talented group behind Lyerla with four different guys hoping to be the next man in line. There’s redshirt sophomore Koa Ka’ai, sophomore T.J. Daniel and redshirt freshman Evan Baylis who all have legitimate cases for being the second-string TE.

The two likely candidates are Brown and Baylis who should battle throughout fall/summer camp for the job. Brown has the upper-hand having played last season, but Baylis appears to be gaining ground and has earned great praise from coaches and teammates over the spring. Regardless of who is listed as the next man on the depth chart, they’ll be 2A and 2B with both playing regularly during 2013.