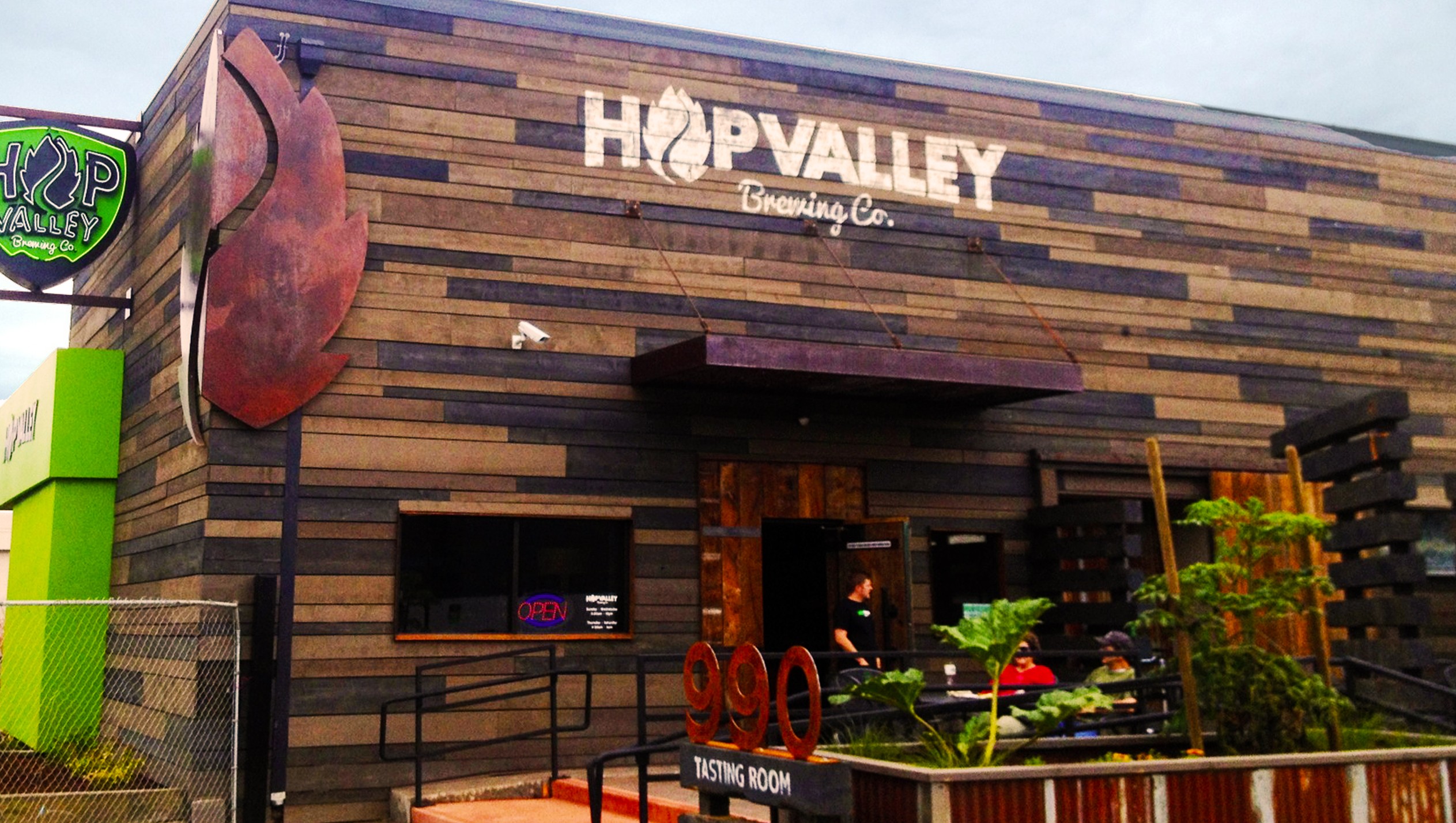 Wow! It’s only mid-July, but I feel as if I’ve already had a full and busy summer. I haven’t written a Hopped Up in a few weeks, but I have an excuse: sunshine. I’ve been on vacation enjoying the beers and beauty of the Northwest. I first escaped with a long weekend of camping in the Three-Sisters Wilderness. It’s a beautiful area that has helped to inspire the many names of Deschutes Brewery beers such as Black Butte, Mirror Pond, Green Lakes, etc.  I also had the pleasure of taking time off to see two college friends tie-the-knot at a beautiful Mt. Shasta wedding.  We’re friends because they dutifully supplied an open bar that included Ninkasi’s flagship summer wedding ale: Maiden the Shade. And they’re smart and kind, and really good people. But also Maiden the Shade. As you can see, I’ve been taking full advantage of summer.

Getting out of town is always great, but it left me missing the local scene, new and old.  So, when family came to visit, I had to make sure they were caught up with Eugene’s three biggest breweries and newest neighbors in the Whiteaker.  You may think that because I’m such a beer fanatic, it was passed down from my parents.  Not the case. Although my last name is O’Brien, so the big Irish laugh and love of the pub is probably in my blood, my parents rarely imbibe except for special occasions.  Luckily, family visiting was enough of an event to get my mom, dad, brother and uncle out on the town.

The Whiteaker Brewery Walking Tour: A). Oakshire to B). Ninkasi to C). Hop Valley.

We started our Whiteaker brewery walking tour at Oakshire’s new Public House. Oakshire is great about letting you sample, and it’s a good thing since there are always new beers on tap. The flights of beer, at one dollar a taster glass, are totally worth it.  You have to start with the year arounds (Watershed IPA, Overcast Espresso Stout and Amber) and Seasonal (This time of year it’s Line Dry Rye). Then you can move on to the more adventurous single batches, nitro and cask taps.  My mom (the very much non-drinker) loved getting the small samples of each taster. She fluctuated between telling all of us that she loved the Hops. Then a minute later, no scratch that, she loved the beers that were heavy on the malts. Then later, perhaps after enjoying the tastes, she loved the Cast beer. No mom, we had to say, it’s called cask with a “K” beer.

Be careful when you bring out-of-town guests to Ninkasi. They may never leave.

We then took the short ten minute walk through the eclectic homes of the Whiteaker neighborhood to Ninkasi Brewing. I love this brewery tour on foot because you really get to witness the feel of a neighborhood that’s uniquely Eugene.  At Ninkasi we decided on a another two full taster trays. With the tasters you can try the ones you like, and if something is two hopped up, move on. It’s perfect for sharing with a family of light drinkers that aren’t quite sure yet what they like or don’t.  Included in the flights are any combination of the classic Total Domination, Tricerahops, Oatis Stout and whatever else is on tap. At Ninkasi we had the exact same conversation with my mother as at Oakshire.  She liked one, then didn’t like it, then couldn’t remember what she liked.  Really though, that’s the point of beer tasting.  No one knows what they like without trying it once, twice, or more, and then learning what hops, malts, yeasts and more generally, the styles they prefer over time.  For my uncle who was visiting from Los Angeles, he was very excited to visit Ninkasi since he had seen and tried the bottles in California stores.  Of course, no one can deny that beer tastes better at the source.

Hop Valley offers a delicious menu, and the perfect place to end the brewery tour.

For the final stop on our walking brewery tour, we finished at Hop Valley’s new location.  If you still haven’t had the opportunity to peek in, I highly recommend it. The inside is beautifully covered in dark wood with plenty of seating and a large glass window that looks into their new production brewery.  And of course getting to the most important part: they have 28(!) beer taps. They also have a delicious menu, which will probably be needed at this point if you’re following in our footsteps.  At Hop Valley I went straight to their new listing of specialty beers.  They have a few great lighter beers that are perfectly enjoyed in their large outdoor porch area.  I recommend the saison that I’ve already gone back for another pint of a few times.

The Whiteaker brewery walking tour is the perfect activity for out of town friends and family visiting.  We started at about 7:30 and were able to stop in each brewery and be home by ten-ish.  My younger brother (who’s not yet 21) was our designated driver home, and you should probably recruit someone just as unlucky as well.  But, if you don’t have a younger sibling to bully, the shared tasters and a walk between each stop still make this excursion a fun family outing.