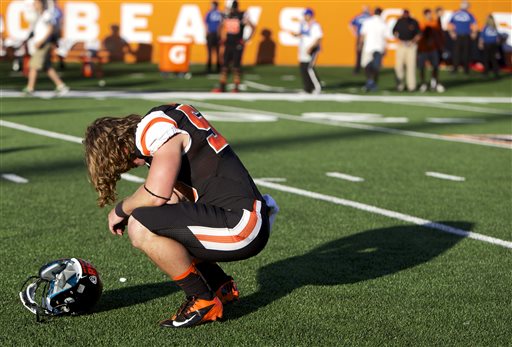 Oregon State Beavers long snapper Michael Morovick has suffered a torn ACL and will miss the remainder of the 2013 season, as confirmed by the by school officials and reported by OregonLive.

Morovick suffered the injury on Saturday against the San Diego State Aztecs in the Beavers’ 34-30 win.

Morovick’s replacement, Harrison Linsky is listed at 6’0″ and 221 lbs. The redshirt freshman from Bakersfield, California is the presumed backup.