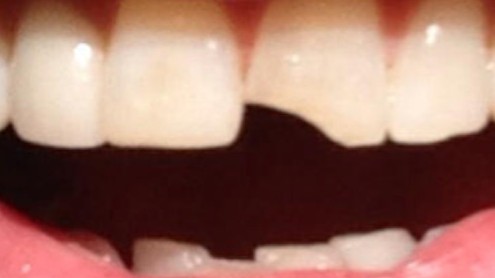 Jim Carrey Releases First Image from ‘Dumb and Dumber To’

It’s been nearly 20 years since Dumb and Dumber came out.  Think about that for a second?  A sequel to the comedy classic has been in development-hell for what seems like the same amount of time.

Directors Peter and Bobby Farrelly have been wanting to direct a sequel for a while, but a number of obstacles prevented them from making it.  First Warner Bros., the studio that made the original, dropped the project after sitting on it for almost a year.  Then there was the issue of convincing Jim Carrey to do it.  First he said yes, then he said no after progress hadn’t been made on making the sequel, then he finally came around after Universal decided to release it. Well now filming has finally begun on the comedy, hilariously titled Dumb and Dumber To, and Carrey has personally released the first photo.  But instead of showing both Carrey and Jeff Daniels or perhaps something from the set, Carrey decided to take a selfie of his famous chipped tooth.

This is a great first photo for the highly-anticipated film because not only is it funny, but it also sets up the idea that Lloyd and Harry haven’t changed one bit in 20 years.  While appearing on Late Night With Jimmy Fallon in July, Daniels said, “I’ve seen the script.  It’s hysterical.  We’re middle-aged.  We’re not pretending we aren’t.  We’re middle-aged and we’re still that stupid.”

The sequel follows the pair as they search for one of their long-lost children in hopes of acquiring a new kidney.  In an era where smartly written comedies and improvisation have become the norm, it will be refreshing to see a good old-fashioned slap stick with dumb characters doing dumb things.

It seems like we (And by we I mean Americans), haven’t heard from French director Luc Besson in a long time.  While he’s definitely stayed busy, mostly from producing and writing Transporter and Taken movies, Besson hasn’t directed and released a major American film since The Messenger: The Story of Joan of Arc 14 years ago and it’s been nearly 20 years since he released The Professional and The Fifth Element.

That changes today with the release of The Family, a dark comedy starring Robert De Niro and Michelle Pfeiffer.  But while speaking with The Playlist, the filmmaker hinted at the possibility of returning to the sci-fi genre and he has even thought about making a sequel to The Fifth Element, his most popular American film.

“I was a little bit frustrated because I made the film right before all the new effects arrived.  So when I did the film it was all blue screen, six hours, dots on the wall, takes forever to do one shot.  Now, basically, you put the camera on your shoulder and then you run and then you add a couple of dinosaurs and spaceships.  And I was so frustrated because it was not so easy at the time.  So I always think to myself that I would avenge one day and use all the new tools to do a sci-fi film for sure,” said Besson.

Besson added, “I don’t know if it would be directly connected [to The Fifth Element] but it would be the same area and the same genre.  So for me it would be connected even if the stories had nothing to do with each other.”

The Fifth Element was one of those strange but great ’90s genre films that featured the perfect amount of action and humor.  While the film could be considered dated, I personally enjoyed the use of puppets and practical effects despite the fact that Besson mentioned there being a lot of blue screen work.

It’s a fun film to revisit, so if Besson ever decides to make a sequel, I would be a little disappointed if he decided to rely more heavily on CGI.  Would it be easier to make, sure, but to me there’s just something about using real, practical environments and getting as much as you can in camera that’s more appealing.

One of the more acclaimed films to come out of the Sundance Film Festival earlier this year was Don Jon, the directorial debut of actor Joseph Gordon-Levitt.  The actor also stars in the film as Jon Martello, a man’s man who basically objectifies everything in his life: his apartment, car, family, church and women.

But when he meets two very different women, an old-fashoined romantic (Scarlett Johansson) and an older, more mature woman (Julianne Moore), his view on love and relationships begins to change and he realizes he doesn’t really know anything.

The film and Gordon-Levitt’s direction have earned high praise for balancing the somewhat raunchy material with a funny, energetic and sweet story.  Don Jon will be released theatrically on September 27.  But if you want to see it early and for free, be sure to stop by the Bijou on Tuesday, September 17.  The free showing starts at 7:30 and seating is first come, first served so be ready to get to the theater early and stand in line.