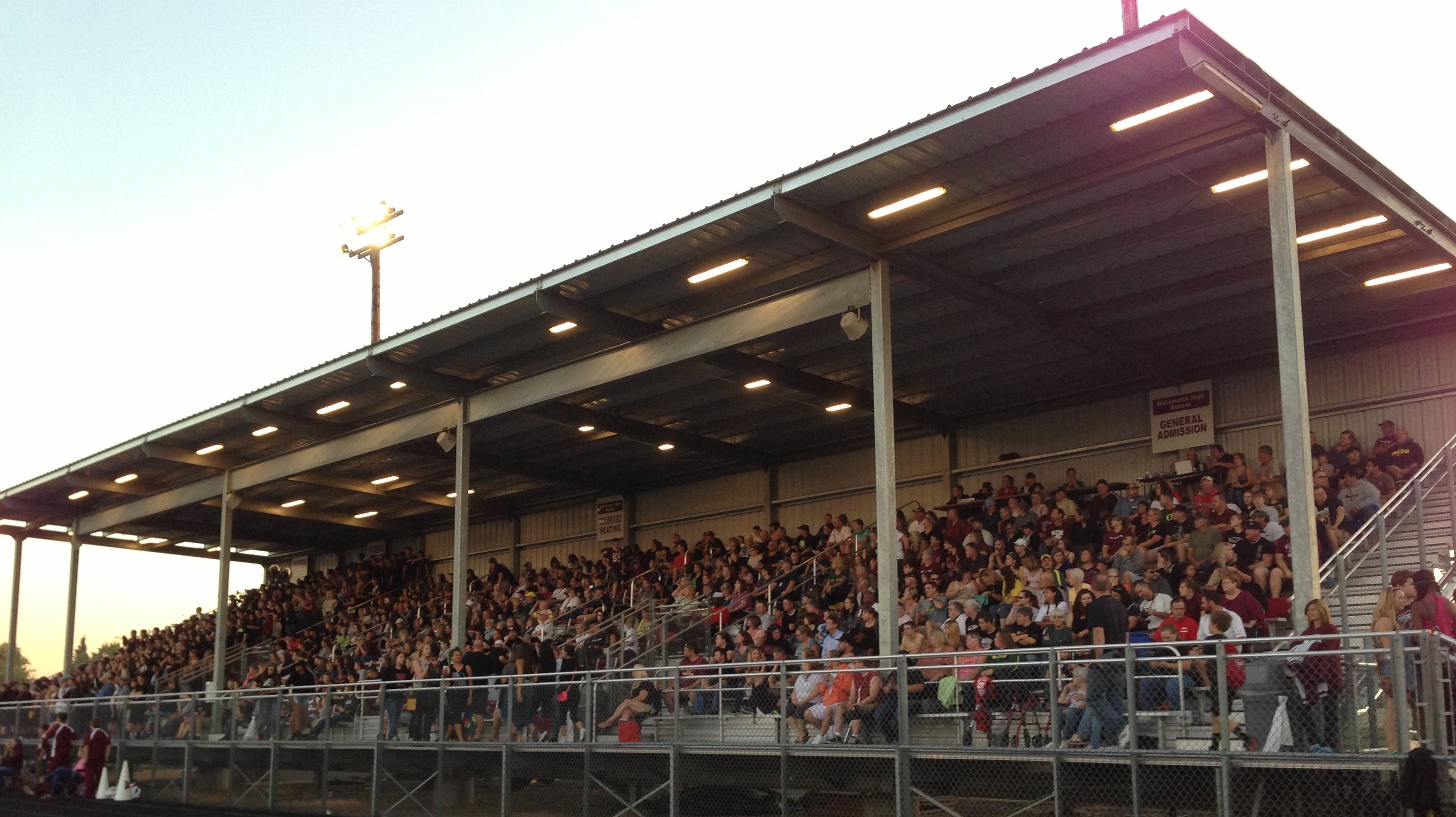 The Springfield Millers’ (2-1, 1-0) high-powered offense overcame some sloppy play and dominated conference opponent Willamette Wolverines (1-2, 0-1) in every quarter. There was 2:39 left on the clock when Springfield’s backup fullback Mike Dougherty plowed into the end zone to set the final score at 54-6, but the decision felt certain much earlier.

The Millers racked up nine personal five penalties and 14 penalties in total. A couple of the bigger hits riled up the Willamette sidelines as the Springfield hits kept coming.

“The win means we’re 1-0 in league, that’s really all it means,” Springfield head coach Dave Heuberger said. “We’ve got another game next week, but it’s good to see us score a lot of points with that amount of penalties.”

Springfield ran out to a lead early when sophomore quarterback Trever Watson kept and scampered his way 30 yards for the first score. Despite two late hits on the Wolverines’ ensuing offensive possession, Springfield forced a punt and, on the very next play, Watson lobbed a good ball over the middle to wideout Taylor Travess. Travess outran the entire Wolverine defense to score an 80-yard catch-and-go touchdown that put them up 13-0.

Willamette QB Kosey Mitchell marched his troops down after that and got his team on the board with a 20 yard strike to tight end Donnie York. It was 13-6 and the Wolverines still had a shot, but it was all Millers after that point. Travess tacked on a 16-yard dash with 10 minutes in the second half and the Springfield defense held strong on two consecutive goal-line stands that kept the Wolverines out of the end zone.

“It’ll take the momentum and the hope if the players allow it to… Each one took a big chunk away from us,” Willamette head coach Adam Kennybrew said.

Heuberger agreed that the plays near the end zone gave his players a large amount of momentum.

“Giving the ball to them a couple times down there, and then stopping them,” he said, “that’s a big motivational lift.

Watson got the ball back with less than three minutes until the half and it took him three plays to drive 92 yards and pitch a 27-yard touchdown strike. Willamette got within the red zone one more time, but was late with the spike and the first-half clock went to zero.

It was 27-6 at the half, and Springfield scored four more times.

The Millers dominated the rushing game and the final box score showed it. Travess added one more rushing touchdown in the second half and Springfield had three more ground scores in the last two frames. And their defense was able to load the box more when Mitchell’s passes started hitting the ground.

Senior Jordan Haas was huge in stuffing the Wolverine attack and stifling movement in the red zone. The 6-foot-5, 280-pound nose tackle made a huge contribution and the second-half drives by Willamette were filled with drops and overthrows.

“I think that sometimes we feel pressure or that things are breaking down and that we have to force something to happen as opposed to trusting the system,” Kennybrew said about his junior quarterback. “I just reminded him to be discipled and work through our own progressions.”

“We don’t take a game-by-game approach. We gotta make sure we’re progressing offensively and defensively. We need to be able to run the ball and be able to throw the ball,” Heuberger said.