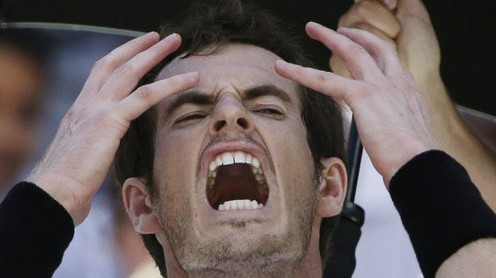 This was an interesting story from The New York Times.

A new study at the University of California revealed that brain function in older people can be improved by playing a new multi-tasking video game.  Led by Dr. Adam Gazzaley, neuroscientists worked with game developers to create NeuroRacer, a simple game in which players drive and try to identify specific road signs that pop up on the screen while ignoring other signs that are irrelevant.

It was revealed early in the study that the act of multi-tasking can be a challenge, especially for older people.  The study found that people in their 20s experienced a 26 percent drop in performance when they were asked to try to drive and identify signs at the same time as opposed to just identifying the signs without driving.  People with an age range between 60 and 80 however, saw a 64 percent drop in performance when asked to play the same game. But as they continued the exercise, the older subjects showed improvement in their short-term memory and long-term focus and eventually they began to show neurological patterns of people in their 20s.

The findings, which were published on Thursday in the scientific journal Nature, are being heralded as a major breakthrough in the study of improving the mind as we age.

“You can take older people who aren’t functioning well and make them cognitively younger through this training,” said Earl K. Miller, a neuroscientist at the Massachusetts Institute of Technology.  “It’s a very big deal.”

Those involved in the research did caution that brain training is still in its infancy and that finding a way to properly rewire the brain for the better is a challenging endeavor.  They also emphasized that continually interacting with computers is not a surefire way to get smarter or to ensure a healthy brain once you get older.

So don’t think all those long nights playing first-person shooters will end up improving your mental health after reading this.  It might however, make you feel a little better about it though.

Web Video of the Week: Sportscaster Livens Up Highlights

Local news at times can be a little tedious and bland.  They have to fill 30 minutes with a few stories that range from hard (Accidents, criminal activity, death), to soft (Local beauty pageant, adopt a pet) to just plain boring (Town hall meetings, local construction news).

Adam Lefkoe, a sportscaster from WHAS in Louisville, KY, took it upon himself to do just that.  In honor of the Louisville Cardinals football season starting, Lefkoe decided to infuse some energy and creativity into his highlights by dropping not one, not two, but 31 pro wrestlers’ names during the game recap.

In five minutes time, I had a nostalgic walk down memory lane as Lefkoe seamlessly wove in names like Macho Man Randy Savage, Junkyard Dog, Doink the Clown (Totally forgot about him), Honky Tonk Man and many more.  Although as the female anchor astutely pointed out at the end, he forgot someone rather important: Hulk Hogan.  How do you forget the Hulkster?

“Wrestlecast” as Lefkoe dubbed it, was a success (It has more than 100,000 views on YouTube and counting) and according to his Tumblr page, Lefkoe is taking suggestions for the second edition of Sportscast via Twitter.  The four most requested topics so far: Seinfeld-isms, old school rap songs, The Wire references and classic action movies.

The Sportscast sequel will be this Sunday at 11 p.m.  I never thought I’d be looking forward to local news in Louisville, KY or anywhere for that matter.

Fun with Photos: Andy Murray Frustrated After Losing at US Open

It was a forgettable day all around for the Brit as he could never quite figure out how to challenge Wawrinka, and his frustration could be seen and heard throughout the stadium in Flushing Meadows.  After one set, Murray slammed his racket into the court.  After the second, he looked over at his coach, Ivan Lendl, and let out a howling scream.

I didn’t get a chance to watch this mental meltdown, but I did however see the hilarious photos that were taken of Murray as he was screaming.  The images are so alarmingly over-the-top that I thought it’d be fun to imagine some funny things Murray might be screaming if taken out of context. Here now are some fun substitutes for what Murray might have been screaming:

SOMEONE PLEASE TELL ME WHAT THIS TWERKING THING IS?

I TOLD THE WAITER TO HOLD THE HONEY MUSTARD!

THEY MAY TAKE OUR LIVES, BUT THEY’LL NEVER TAKE, OUR FREEDOM!

WHY WON’T SOMEONE GIVE TIM TEBOW A CHANCE TO PLAY QUARTERBACK?

PLUTO ISN’T A PLANET ANYMORE?  WHEN DID THIS HAPPEN?

For some reason these photos made me think of this and this.  Relax Andy, it’s just tennis.