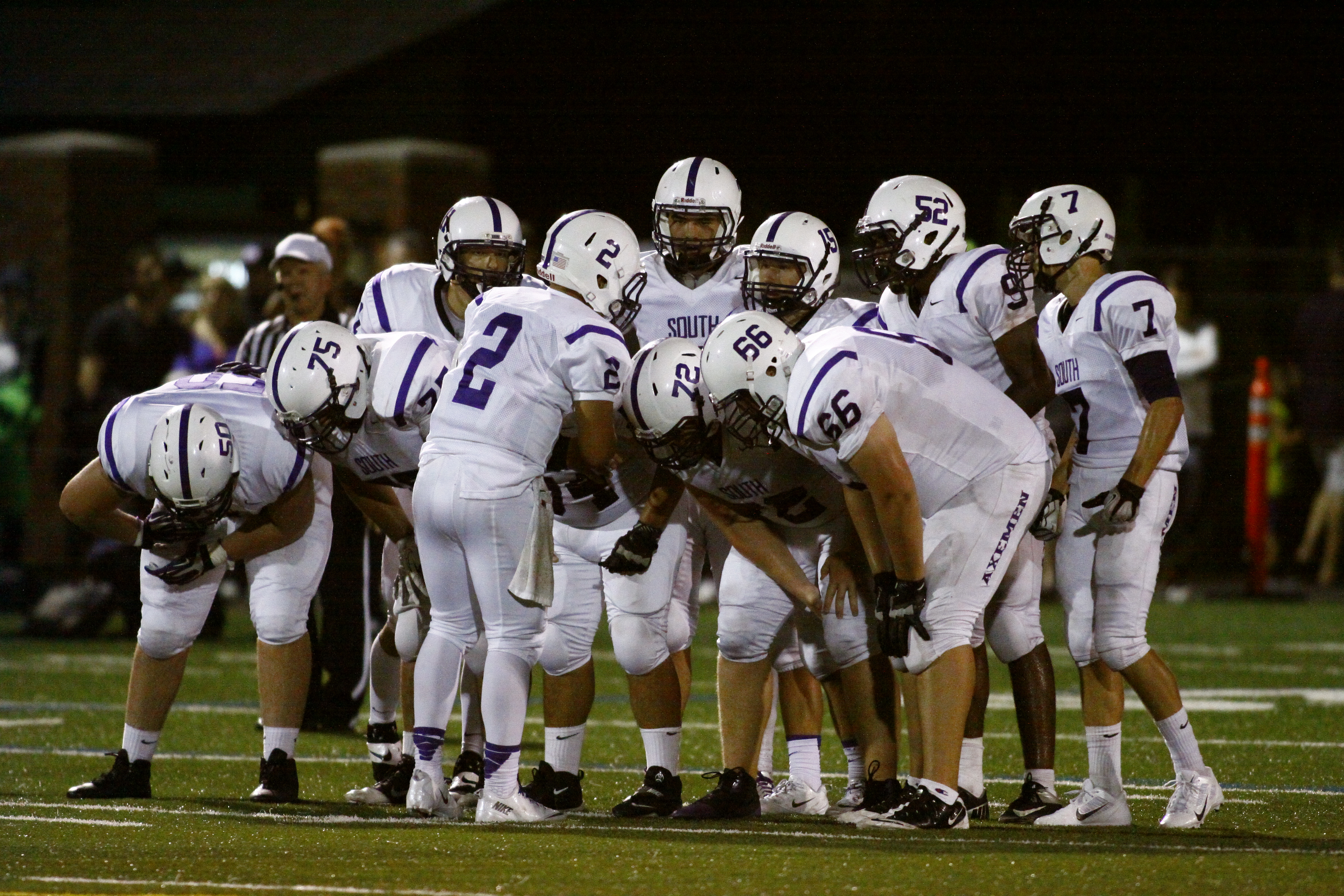 South Eugene High head coach Chris Miller wasn’t shy with his critiques when his players gathered around him for a post-game meeting Friday.

Miller was “sick and tired” of his players missing practices in past weeks, and assessed his players’ drops, holding penalties and other mistakes with this issue.

“We play like we practice. We got guys missing practices all week, we make the same mistake in games that we do in practice,” Miller said. “This culture over here, it’s been ok for guys to miss practice.”

After two huge wins to open the season, South Eugene has had four bad losses in the last four weeks. SEHS opened the losing streak with a 49-7 drubbing at the hands of Sheldon and have lost each by double digits.

The Axemen had a slow start to this one, and gave up 21 straight points to their visitors who used big plays and solid defense to stay ahead. After Grants Pass scored on its first drive, South Eugene marched back and looked prime to answer, but a bad snap on fourth down at the Cavemen 28 forced a turnover on downs.

South Eugene got the ball back with just over 2 minutes left in the first quarter, but another strong drive fell short and 4th and long forced a punt. Grants Pass took that possession all the way down for another scoring drive, before getting the ball back two plays later when previously spotless SEHS QB Ray Roundtree threw his only pick.

With about 3 minutes left in the half, and three plays after the pick, GPHS was up 21-0.

Things turned around a bit when a Cavemen field goal attempt got blocked to end the half. South Eugene got the ball to start the second half and finished a successful drive with a Roundtree touchdown pass to Maliek Inocencio to cut the Grants Pass lead to 21-7.

Roundtree had an excellent second half to finish the game with a respectable 16-for-32 for 149, one interception against one touchdown. He added 41 rushing yards on 8 attempts, with a couple long scrambles to keep the Axemen in business on a couple of drives.

However, the Cavemen were too much over the next nine minutes as they ripped off ten straight points to end their scoring night and lead 31-7. Javan Appling was exceptional on this stretch for Grants Pass, completing all four of his passes and accounting for 37 of his team’s yards in those two possessions.

Roundtree and Quinn Cota answered on the next drive, starting from the 33 and picking up big chunks of yards. The touchdown for Cota would come a little late, though as the drive took up 5 minutes and left them with just 5:53, trailing 31-14.

Cota was the workhorse, picking up 62 yards on 19 carries, scoring one touchdown. Cota also caught one pass for six yards.

Grants Pass fumbled on their very next play, leaving one shot for a very distant comeback. Roundtree was 1-for-3 on that final South Eugene drive and picked up just 8 yards on a QB keeper, tossing an incompletion that gave Grants Pass the ball with 4:21 to go.

It was too little, too late for the Axemen, and came down to a rough start and players shooting themselves in the foot early. When all was said and done, the 21-point first-half advantage was too much to overcome.

“We got good plays, we had good stuff. We had Connor Still running down the sideline uncovered, we threw it over his head,” Miller said. “At some point in time, you gotta be accountable; you gotta do your job, and you gotta show up and you gotta go to practice. It’s apparent, it’s showing.”

South Eugene has three games left on the season. The Axemen travel to North Medford next Friday and Miller is not accepting many excuses for his players not having a productive practice week.