The No. 13 ranked Oregon Ducks(10-0) defeated the UC Irvine Anteaters 91-63 at Matthew Knight Arena in Eugene Ore., in Ben Carter and Dominic Artis’ first game back from suspension and first game of the season. The Anteaters were able to stay even with UO through the first five minutes, but just couldn’t consistently keep pace with one of the most explosive teams in the nation.

Led by the tallest player in college basketball, 7-foot-6 Mamadou Ndiaye,the one advantage the Anteaters had over the Ducks was size. Though Ndiaye was able to block a few shots, he was a non-factor in the paint and on the boards. UC Irvine didn’t seem interested in getting the Senegalese big man the ball down low, probably due to his apparent lack of coordination. They also weren’t able to out-rebound the Ducks. UO finished with 39 boards compared to UC Irvine’s 36.

Oregon countered UC Irvine’s towering size, with speed and especially three point shooting. The Ducks worked the ball around the court as well as they have all season and created numerous three point opportunities, converting 7-10 in the first half and 12-19 in the game. The Ducks also finished with 17 assists. Mike Moser led the way for UO,accumulating 15 points, six rebounds, three steals and one block. Joseph Young was the Ducks high scorer, adding 18 points.

The return of Dominic Artis and Ben Carter didn’t hinder UO’s chemistry. Oppositely, each added his own flavor to the Ducks melting pot. Artis converted a floater and a few high risk passes as well as leading the Ducks with eight rebounds. He also had five points and three assists. Carter added a little bit of everything, including a midrange jumper on the baseline and a hook shot in the post. The UO big man finished with four points, four rebounds three assists and two steals. Though he only made 2-7 shots.

Instead of easing Artis into the rotation, head coach Dana Altman opted to force him to play through the rust. The Duck PG played more minutes(26) than any UO player(though this can partially be attributed to starting PG Jonathan Loyd getting into some foul trouble).

Both teams played a lot of pressure defense, but only UO was able to force offensive discomfort and create turnovers. UO forced 19 turnovers and only committed 11.

Guard Matt Davis led the way for the Anteaters, converting mid range bank shots, second chance points and getting to the free throw line. He even led all scorers with 20 points. Ndiaye finished the game with seven points, seven rebounds and four blocks. The Anteaters starters played well, outscoring UO starters 57-53(Though this is mostly a result of playing more minutes). However, their bench was only able to accumulate one field goal and three points. The Ducks bench on the other hand had a productive 38 points. Jason Calliste scored 10 points to lead the UO bench.

Due to the lopsided nature of the contest and the return of Artis and Carter, Altman instituted his most expansive rotation of the season. In fact, all players played and scored besides guards Theo Friedman and Nicholas Lucenti. Plus, Jalil Abdul Bassit recorded a season high eight points.

The Ducks get one step closer to the Pac-12 season on Saturday in a matchup against BYU. The game will represent a clash between high-powered offenses, as BYU ranks eighth in the nation in points per game. It will once again be played at Matthew Knight Arena and will be Oregon’s second to last preseason game. 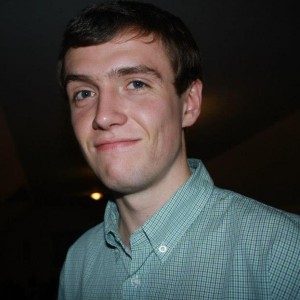