Car Maintenance, A Do It Yourself Guide 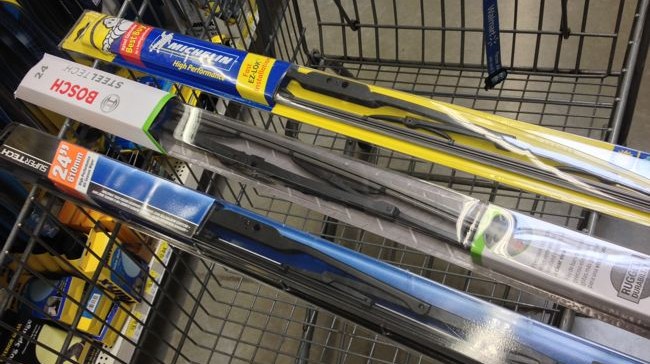 We are not all car savvy and automatically know what to do with our cars; how to keep them updated on their maintenance and all that kind of (man) stuff.  I learned a few things this past weekend and thought I would share what I learned.  It may save you some time and some money.  If I can do something myself, hey, I’m all up for that!  Plus it keeps me in the know about my car and in “tune” with how she’s running. I was due for some new tires, WAY over due to be honest. I am actually quite embarrassed to say just how overdue I am.  I drive my car like crazy and just took it for granted she would get me where ever I needed to go.  I noticed I was hydroplaning and kind of “slipping” as I went around corners from a dead stop (no, it wasn’t because I was peeling out).  This is when I noticed my tires were bald.  It was so bad, the tread was barely there.  I know, I know, I should have taken more care to notice but sometimes, well… life gets in the way.

I have been extremely cautious driving since I noticed they were bald, especially in the rain.  Driving only when necessary until I could get new ones.  Here is a link that explains how to test your tire tread. I called my favorite tire shop to check prices (since it has been a few years since my last pair).  I know its not about looks, but to be honest, I searched online and found some pretty ones!  They were rated high on comfort with low road noise.  Pretty easy decision.  So when my tire guy suggested these same tires which were rated at 70 thousand miles, I jumped at it.  But it would take a week before I could actually get them put on.

The last time I needed tires, I had no idea where to start.  My uncle explained that I needed to get the numbers off the side of my tires that were on my car at the time (I didn’t even know they were there!)  If you have never purchased tires before it isn’t as scary as it seems.  If you look at the walls of your tires you will see a bunch of number.  They tell a story about the size and height and speed your tires are rated for, as well as what type of vehicle they fit on.  You will need these in order to know which ones to look for.  Here is a link that explains those numbers for you.

It typically takes about an hour for the tire center to put my new tires on, I had them change the oil since it was due too.  When I brought my car in, I asked them to check my brakes while they had my tires off (might as well make sure I was safe since they were in there anyhow). My guy called me about 20 minutes later to tell me about their inspection.  I held my breath as there is usually dollar sign’s attached.  The report wasn’t too bad.  In about another month, I would need new brakes on the front, the back brakes were just fine (my first thought was to ask them to rotate my brakes, but I’m pretty sure they don’t do that).  I needed new spark plugs (the ones on my car were rated for 100K miles).  My girl is fast approaching that milestone.

I had a brake light out and he suggested I change my cabin filter and there was major corrosion around the terminal of my battery.  I know they would have been happy to take care of all of this for me, but I declined for a few reasons.  Number one, tires are not all that inexpensive and two, I knew I could take care of a few things myself.

I picked my girl up, paid my bill and headed for the store to get new wipers, and brake lights.  I went to one of our local major chain stores and beelined it straight to the automotive section (like I spend all of my extra time there.  I only know where it is because I avoid it at all costs) and acted like I knew exactly what I was doing. I used to cringe every time it rained because my wipers would skid, hop and jump across my windshield every time I turned them on, causing me to grit my teeth every single time it rained.  It was so loud, I had to turn my music up just to drown out the noise!

I thought perhaps it was because I had gone “cheap”  and was now paying the price, but to the contrary, it was because they were old and worn!  Huh!  I had no idea that they only last a certain amount of time.  Weather has a major effect on them.  I found out that you should change your wipers every six months.  In Oregon, we really put them through the paces with all the rain (imagine the island I grew up on has 3 times the amount of rain Oregon gets!)  and in the summer months, they get dried out.  They are cheap enough to change them often. They make it pretty easy to find the right size for your car.  In the automotive section where the wipers are you should find a book they have handy for your convenience.  Simply find the make and model and year of your car and it will list the wiper size you need.  Piece of cake!  Mine were 16 and 24 (the numbers are universal between makers).  Make sure you don’t just grab two of the same size, they may be different.

I grabbed three different ones off the rack, a generic, Michelin and Bosch and compared them to each other.  I chose the Bosch, I can’t really explain why, perhaps they sounded more important.  I proudly laid them in my cart and moved onto the brake lights.  The price was about $7.00 each.

I opened the book (yep, they have one for the lights too), looked up the make and model of my car, and found the ones I needed within about a minute.  Boom, that easy!    Since it was spa day for my car, I decided to grab an air freshener on the way out of the aisle. From the comfort of my couch, I read the instructions (there are also great tutorials on youtube) on how to install the wipers.  To be honest, I think it took longer to get the blades out of package than it did to change them.  Next,  I armed myself with the gloves I purchased at the dollar store, my Phillips screwdriver and my new brake lights.

I want to point out, I am not afraid to get my hands dirty, the gloves were for the bulbs.  You want to make sure you Do Not touch the bulbs with your fingers because the oil from your skin will shorten the life of the bulb.

I removed the light casings on my tail lights with my screwdriver, pushed in the bulb slightly, rotated it until it gave way and popped right out, put the new bulb in, screwed the casing back on and changed the other side as well.  A whole 5 minutes.  Even though only one of my brake lights was burned out, I changed them both.  The other was sure to go soon after, so why not.  They are really inexpensive, only a couple of dollars for two. Next, I had to clean the battery terminal.  I had no idea what I was going to find once I popped the hood.  It wasn’t pretty!  To clean the corrosion from your battery terminals is simple with a homemade concoction of baking soda and water!  Simply make a mixture of half baking soda and water (I would say I mixed about 1/4 cup water with the same amount of baking soda) mix it well and pour a small amount over the terminal where the corrosion is.  It will immediately start to foam (it’s kind of cool really).  Give it a few minutes to work and then go at it with an old toothbrush.  Rinse it with water and repeat if necessary.  Almost as good as new! Mine was pretty bad, so I will be popping my hood once a month to keep it under control.  Why does this happen, I am not quite sure, but I know how to resolve the corrosion on my own so no need to pay someone to take care of it for me, and now you will too.  It’s a really good idea to check this because keeping those little terminals clean of corrosion will prolong the life of your battery and ensure your car starts when you turn your ignition on.  Please use caution when doing this, and use eye protection.

I hope this has helped a little.  It’s always fun to roll up your sleeves and jump in.  I feel a little closer to my car now.  Next are the spark plugs and brakes!

Be safe out there!  And go check your tire tread.