Come join us for the very first Cigar Box Guitar Fest Northwest where you can mingle with the area’s Cigar box guitar enthusiasts and builders of the fast growing Cigar Box Guitar phenomenon.

Cigar box guitars are one of the original roots instruments dating back to the 1890’s. Many early blues players made cigar box guitars from a broom handle and a cigar box.  They took the wire that held the broom together and used it for string.

We will be showcasing some of the Northwest’s finest cigar box players featuring a multitude of musical styles. Featured artists: Ben Rice from Portland, Jerry Zybach from Eugene, Stephen Cohen from Portland, Cigar Box Joe and Downtown Vinnie from Eugene, and Ice Bob from Florida. 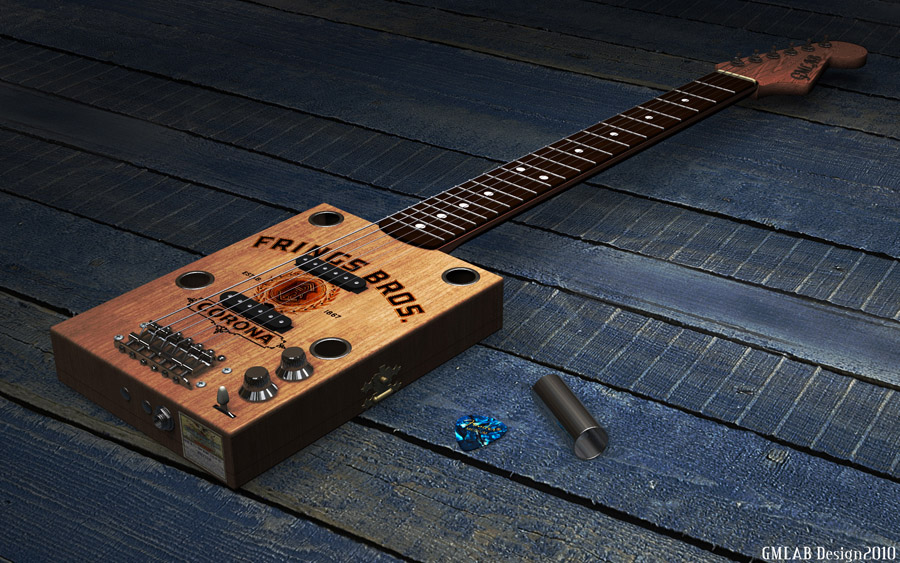 The purpose of this festival is to create awareness for a wonderful, versatile instrument that is easy to play and just as easy to build.  Downtown Vinnie traded his Les Paul two years ago for two cigar boxes and a lap steel.  He now has thirty cigar box guitars.  To say it’s an addiction is an understatement.

Cigar box guitar players come from every country in the world. It is a fast growing trend. Cigar box guitars come in all shapes and sizes; from one to six strings. The musical styles encompass everything from Blues to Bluegrass, to Rock.