Oregon On The Diamond: Ducks and Beavers End 2014 Season 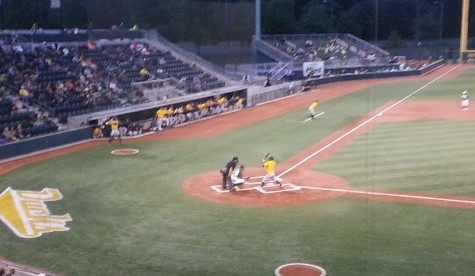 When it comes to being the best, several teams from the State of Oregon showed good reason why they desereved that title during the 2013-14 season in College Baseball and Softball. However, the best team, not just in the State, but in the country was the last of the three to fall earlier this week in the Corvallis Regional that they hosted.

The Oregon State Beavers are the best team in Oregon, if you look at who finished their season last. Beaver Nation has held the top spot in the country in College Baseball at several points this season and were eliminated in the NCAA Tournament in a 4-2 loss to UC Irvine on Monday. It is a farewell to OSU Pitcher Ben Wetzler, their ace, and the glue that held the team together in Michael Conforto.Out friends from the north are not the only ones celebrating the season that is now in the past. The Oregon Ducks Baseball team after finishing the season losing two of three games to the Cal Bears started the post season on the road in Nashville, more specifically Vanderbilt. After giving a knockout punch to Clemson 18-1 in their first tournament game they lost two straight to Vanderbilt and were sent back to Eugene their season complete. I will say it was a successful season for Oregon that could have fallen aprart before it even started when Starting Pitcher Cole Irvin went down and needed Tommy John Surgery before the seson even started. George Horton then had to deal with the loss of Saturday Starter Matt Krook midway through the season, he also needed Tommy John Surgery. The Oregon Offense found a way to pull it together toward the end and with the pitching they had left, a solid ace in Tommy Thorpe and a number two in Jeff Gold, who started the season 9-0, Oregon would put together winning streaks of nine and five games before the season ended. They now lose some key positions with Gold and several offensive players graduating, including Second Baseman Aaron Payne, but the core of the team will return in 2014 and with the possibility of Krook and Irvin starting and if Thorpe remains the pitching staff could be in great shape. The third team that was one of the best, still is. Their season was the most successful in Oregon history with fifty seven wins and weeks holding down the number one slot in the country.

Of course I am talking about the Oregon Softball team. They entered the post season on a roll, hosting two rounds at Howe Field in Eugene and beating two Big Ten teams in Wisconsin and Minnesota to make it to Oklahoma City. In their first game in OKC Starter Cheridan Hawkins was dominant and threw a one hitter in an Oregon Ducks win over Florida State. The following game they lost to Florida and were forced to play Oklahoma on Saturday in an elimnation game, which ended up being a nailbiter in the end that Hawkins and company would win. En route to a matchup with number two seed Alabama they took out the defending National Champs Oklahoma(on their home field). That was as far as they would get. Oregon Softball plays in a Super Regional against Minnesota KPNWSports

Oregon needed to beat Alabama twice on Sunday and did not get past the first game. Oregon Third Baseman Coutney Ceo, who did not go to Oklahoma City two years ago because of a knee injury had a chance to play in the National spotlight and she came through. She ended the season and her career as an Oregon Duck with one hundred and seven hits. Mike White can hope that in a recruiting class in the near futire he finds a Ceo type talent. She was a major difference maker for the entire 2013-14 season for Oregon.

Looking ahead for the Oregon Softball team, the future on the mound is bright with Hawkins. Last season she somewhat pitched in the shadow of then Senior Jessica Moore. Now, Hawkins is the one casting the shadow for the Oregon Ducks on the mound. At the plate, Oregon will look to again use deceptive speed next year with Koral Costa, Nikki Udria, Janie Takeda and Janelle Lindvall all returning.

Successful seasons and new foundations were built for all three teams this season. Next season should be even better, if everyone is healthy. Oregon and Oregon State will hit the diamond in the Civl War Series for the first time in the Spring, and if the Oregon Ducks are healthy, they may make the series interesting. In 2013-14 Oregon State won the series handily. The Ducks took one game late in the year.