A few weeks ago, my roommate Tiffany and I were invited to the Oregon Garden Brewfest 2014 in Silverton, Oregon, (about an hour south east of Portland) at the beautiful Oregon Garden.  I’ve put together a recap of what we experienced:

At the Oregon Garden Brewfest 2014, I went to my first Brewer’s Dinner and loved it.  This dinner made me want to be a foodie.  The food was so good and the beer simply made the entire meal amazing.  The only down side was choosing a place to sit.  It was like high school all over again.  I might have whispered to Tiffany, “This is my nightmare.”  Are we cool kids or not?  Where do we sit?  Clearly, I need to attend more of these events so I can learn a thing or two about seating arrangements.  What I did love is that each brewery had their Brewmaster stand up and say a few words about each of their beers.

Here is what we ate and drank:

Hazelnut crusted goat cheese fritters garnished with micro greens and a lemon tarragon vinaigrette.  This was so light and refreshing for being fried cheese.

Smoked sausage potato cake topped with garlic and stone ground mustard aioli.  This was also delicious snack, like a crab cake and less of a potato latke.

Red baby dandelion leaves tossed with boursin cheese, shaved pickled red onion, candied walnuts and dressed with a ginger / sesame vinaigrette.  This meal was completely overshadowed by the (tied) best beer at the Brewer’s Dinner.  Seriously, mind blowing delicious beer.  I love fruit beer and I love ginger.  I. Was. In. Heaven!

Linguini pasta tossed with sautéed garlic, shrimp, laurel and juniper berries in a white wine butter sauce.  To quote Tiffany “All the shrimp for me, because Jenna doesn’t eat them, all the beer for Jenna because I can drink it.”  Tiffany is allergic to Juniper / pine (debatable), so I got to drink her beer sample and I’m not a big fan of shrimp so she got to eat all my shrimp.

Pork confit inside half an artichoke topped with a honey, ginger, sake sauce.  This was the (tied) best beer at the Brewer’s Dinner.  Another phenomenal beer.  Really sweet, so I’m not sure if this would make a great pint of beer, but it makes a great couple of samples.  The sauce was a great dipping sauce for the artichoke.  I’ve never dipped artichoke in anything other than butter.  It was fun to try something new.

Chocolate turtle torte with hazelnut and sea salt crust.  While I’m not a big fan of barley wine, the torte’s sea salt crust was amazing.  I had another glass of Cascade’s Honey Ginger Lime with in and was in heaven.  The best way to end a fancy dinner, with a girl’s (other) best friend, chocolate!

The next day, we attended the 10th Annual Oregon Garden Brewfest 2014 presented by Growl Movement.  While I’ve spent plenty of time in Silverton, I’ve never been to the Oregon Garden.  It was beautiful!  I’m definitely looking forward to going back again.

The Oregon Garden is an 80-acre botanical garden, featuring more than 20 specialty gardens showcasing the diverse botanical beauty that can be found in the Willamette Valley and throughout the Pacific Northwest.  The Oregon Garden offers a complimentary narrated tram tour, they’re pet friendly and also committed to sustainability (another thing I love).  The Rediscovery Forest is managed in partnership with Oregon Forest Resources Institute and reveals insights on forest management.  It hosts one of the largest collections of miniature conifers in the country, in the Conifer Garden, and a 400-year-old Signature Oak, which is an Oregon Heritage Tree, in the Oak Grove.  The Wetlands Habitat – cools the City of Silverton’s treated waste water through a series of pools, brims with local wildlife.  The Garden also promoted sustainability through green roofs, composting, edible landscaping, and barley straw algae control – the use of barley straw to control algae growth in pond and lakes.

Here is what we tried at the 10th Annual Oregon Garden Brewfest:

Did you go to the Oregon Garden Brew Fest?  What was your favorite beer?

For the record, this was a media trip, but seriously, I had a blast! 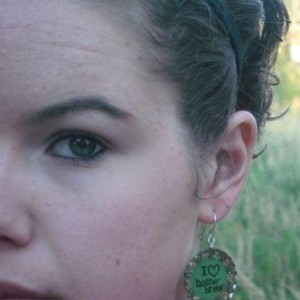 Hi! I’m Jenna. I got the nickname bitesize in high school and I have a beer blog named bitesizebrews.com. I’m lucky enough to live in the microbrewery capital of the world, and home brewing is a hobby I love. With a focus on home brewing, reviewing local breweries and locally crafted beers, I'm excited about sharing my beer experiences with the readers of Eugene Daily News.

If The Oregon Ducks Offered a Two Game Ticket Package, Would You Be Interested?