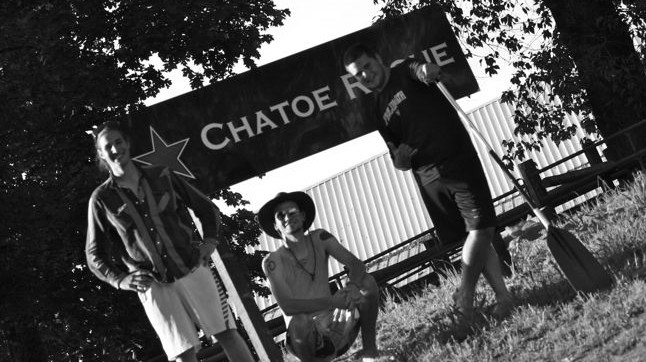 It was Memorial Day weekend and my friend and I were left to our own devices on how we would entertain ourselves. Sonja and I decided we would head out to Rogue Farms in Independence, Oregon.  I have never been there before and so I was ready for the excitement to begin.  I grabbed my camera and headed across the street to her house that Saturday Morning, she was the driver for the day. Eye fuzzy intent on messing up my day

We were set to enjoy our day, making a quick stop at Home Depot so I could look at landscape blocks when an un-welcomed guest decided to disrupt our plans and lodged itself inside my eye.  With a lot of patience, about 20 minutes, a lot of laughter and one twisted paper towel, Sonja was able to extricate the little bugger!

We sat in her car trying to rid ourselves of the tiniest little pest!  By the time she was able to locate the pesky little fuzzy, I had no makeup left on my face and it looked as if I had been crying for days.  I can only imagine what we looked like had someone been watching us.

On with our Journey.

Meandering through the countryside enjoying the wide open fields when we came upon this sweet unexpected town called Buena Vista.  I had seen signs along the way about a ferry crossing and thought it odd but let it go (surely I was mistaken).  Sonja; my partner in crime gave me a little tour and decided we should go see the ferry!  What?  She parked the car; I grabbed my camera and walked down the ramp. There was the coolest little ferry.  It reminded me of my home in Alaska, the ferry is the only way to get to the airport.

The captain fired up the engine and noticed us standing there, he shouted to see if we wanted to go across. “pedestrians are free” he shouted back.  Oh, well then, how could I say no?

A spur of the moment decision to take a look at the ferry afforded us a tiny little boat ride across the Willamette River.  On the other side is Ankeny National Wildlife Refuge.  You can park you car at the Buena Vista park, unload your bike, pay the captain $1.00 to take your bike across the river and have yourself a nice bike ride while watching for wildlife.  Of course you can take your vehicle over as well.  Costs are dependent on vehicle size.  The captain admitted to seeing approximately 100 vehicles per day.  They also have onboard a little freezer that holds ice creams and drinks!  Bonus!  The ferry runs 7am – 7pm. After the very sweet little ferry ride, we hopped into her car to continue our journey.  We drove around the Buena Vista Park and headed out.  Noticing a cute little flower shop located on the corner, we pulled in there as well.  It was so cozy I wanted to live there.  Instructions were written in chalk on how to “bag” your flowers and where to leave the money.  Just as we walked into the shop, the owners came in. We chatted for a bit, purchased some flowers, tucked our bouquets into the car and continued on to Rogue Farms.

Rogue Farms is surrounded by hops, acres upon acres of vines twisting upwards towards the sky.  The road leading to the brewery is lined with signs telling you the type of hop you are looking at.  Who knew there were so many different varieties! We parked in the gravel parking lot and took a small walk over to the “garage sale” to check out their wares and then onto some serious business.  The beer!  We placed our order of beer and fries at Chatoe Rogue, a sweet little shop filled with beers and spirits and just a lot of cool stuff.  We were served up our tasty beers and headed out to the lawn where people were playing Corn Hole and life size Scrabble.  The lawn was surrounded by picnic tables adorned with umbrellas, the hops looming in the background.  Dogs, kids and bicyclists abound.  It was just perfect for anyone.  The sun was getting lower on the horizon, our glasses were empty and our baskets of fries were gone so we headed out for a more in-depth tour of the grounds and to burn those fries off.

We stopped at the rows of hops first, it just wouldn’t be right not to since they were right there, walking around the backside of Chatoe Rogue, we came upon the huge warehouses, each clearly labeled as to what each particular building was used for.  Signs were strategically placed incase one was to get turned around. Not too far from us, seemingly just on the other side of the old farmhouse we could hear a turkey gobbling (or what ever it is they do).  We could also hear the Willamette River and decided to head down to it to take a look.  One of the employees stopped us along the way and asked us if we had seen their pigs or turkey.  We admitted hearing the turkey but were yet to see him.  She told us where we could find the infamous pot bellied pigs Voo & Doo and Tom the turkey.  Anticipation was building as we went in search of Tom, whom I really wanted to meet.

Around the corner came three young men.   We had noticed them earlier up on the lawn.  I had wondered how did they get so wet and where did they come from.   We stopped to chat with them about Tom when it came to light that the three of them were canoeing down the River from Eugene to Portland in memory of their friend Army Ranger Cody James Patterson.

“We were just paddling along when we saw Chatoe Rogue and we knew we had to stop”. They had planned to reach portland by Monday.  The 5 of us hit it off immediately, becoming fast friends.  Had they not been on a tighter schedule than us, we probably could have sat there all night and talked, over a beer or two of course.  We chatted with the guys for a little bit and then it was time for them to cast off, but not until we had a little photo-shoot (of course! I am always looking for an opportunity to take photographs and people are my specialty!)  We shook hands and said goodbye, I even got a hug!

Tom was calling to us so we once again left the river and ventured back up towards the farm as our new found friends drifted down the Willamette.  There was a crowd gathering near a pen and inside, what else could there be but Voo and Doo who were reportedly very old.  What ever it was they were eating, there were most definitely enjoying it as their tails furiously wagged back and forth. Tom was becoming impatient with us so after taking some photographs of some baby turkeys (holy cow are they cute) we found Tom, walkin the walk up on the deck of the old farm house.  He came down off the porch (who knew turkey’s could walk up and down stairs) to greet us and showed us how beautiful his feathers were in a display that was pretty amazing.  Tom is pretty big and he waited until he got closer to me when he did his little feather display and it startled me, so I apologize, those pictures didn’t turn out. Feeling great after sipping some amazing beer and munching on delicious fries, meeting Tom and the drifters, we decided it was time to head home.  Heading back to the car I spotted a wooden swing tucked into a branch up in the tree and pointed it out to Sonja (I absolutely love swinging).  Sonja’s eyes light up and with a big smile said “I’m going to get it down”.  She moseyed on up to that tree like she owned it and down it came.  Oh the simple things in life.  We took turns on it and it was a beautiful thing.

The ride home was just as gorgeous as it was on the way out, the sun was beginning to set a little, it just seemed like a perfect ending to a wonderful day.  I plan to go back to the farm in the not so distant future, perhaps after my bike ride at Ankeny Wildlife Refuge and have a cold one. I hope you too are able to take a drive out to Independence and visit the Rogue Farm, I think you will discover a nice little destination to have a cold beer and some very tasty food.

There was so much to look at, I decided to put a photo essay with this weeks Out and About as well.  Enjoy!