Will We Have To Use The “D” Word This Summer? 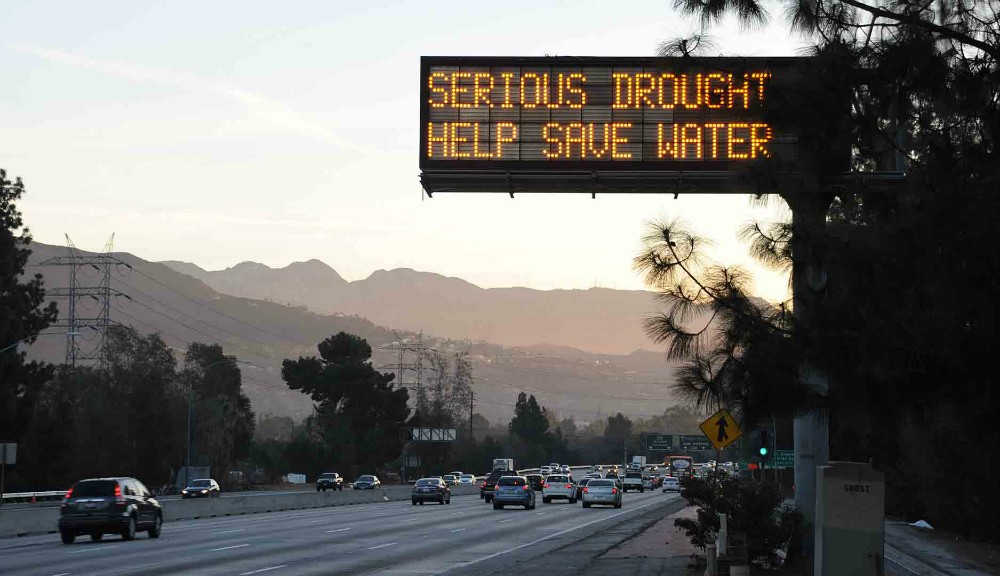 This “D” word is dreaded by most, devastating to many, and can even be deadly for some. The specific “D” word I am referring to is “Drought.” The National Weather Service defines a drought as “a deficiency of moisture that results in adverse impacts on people, animals, or vegetation over a sizable area.” The National Oceanic and Atmospheric Agency (NOAA) together with its partners provides both short-term and long-term Drought Assessments. The Climate Prediction Center (CPC) issues a long-term drought assessment at the end of each month. The CPC along with NOAA’s National Climatic Data Center, the US Department of Agriculture, and the National Drought Mitigation Center (NDMC) in Lincoln, Nebraska issues a drought assessment called the United States Drought Monitor every Thursday. The CPC says these assessments “review national drought conditions and indicate potential impacts for various economic sectors, such as agriculture and forestry.” The U.S. Drought Monitor for June 17th (released Thursday June 19th) for the Western United States shows Lane County is in the tan area (D1) meaning we are currently in a moderate drought. I contacted The National Weather Service Forecast Office in Portland’s Lead Forecaster Kevin Donofrio to get insights into our drought situation and to find more resources for pertinent data. He sent me a graph (above) which shows the Palmer Drought Severity Index (PDSI) calculated over the last 115 years for The Willamette Valley with the drought severity shown on the bottom in yellow measuring from -6  (Extreme Drought) to 0 (normal) and the moisture from 0 (Normal) to +5 (Way above normal) The CDC doesn’t have the data available over the time period for the individual cities in the Willamette Valley.  According to Donofrio “In perspective this drought hasn’t been ongoing very long, especially when you compare it to the 1930s which is historically considered one of the most extensive in the last 300 years. He pointed out to me that we have just come out of some very wet years so the moderate drought we are in now doesn’t even come close to the more serious ones of the past.

When I first moved to Eugene in early 1992 I worked on a 5-part series for Television on the drought that involved Oregon for the previous 6 years or so. That was a pretty significant drought. I worked on part 1 which explained what a drought is and just how bad this particular drought was. Gary Leaming was the reporter who worked on parts 2, 3 and 4 detailing how the drought was impacting the various businesses over all of the state from farming in the Willamette Valley to cattle ranching in Eastern Oregon. In part 5 it was up to me to explain what was coming next. The long-term forecasts were indicating that a wetter period was on the way. I also explained that Oregon State University received a grant for, if I remember correctly , a million dollars to use a new computer system to map the sea-surface currents of the oceans over all of the earth. The reason that information would be valuable is that, as an example, sea-surface temperatures in the Central Pacific Ocean are used to predict whether an El Nino or La Nina will control the jet stream airflow which in turn gives us either a mild Winter or a very cold and stormy one. Gary and I were honored with a  “Best Treatment of a Single Subject” award from the Oregon Associated press for the series. It wasn’t too long after we aired the series that the drought started to ease as the rain season began in earnest.

The big question is will this moderate drought we are experiencing last very long? The odds are that we will have a productive rain year that starts October first and the drought will be at  least abated for a while. Here is the three-month summer prediction from  The Climate Prediction Center for all of the United States. We’ll have above normal temperatures according to the top map and equal chances for above normal, normal, or below normal precipitation. The temperatures would indicate that at least the moderate drought conditions will continue until the rain season returns.

I’m going to relate to you a conversation I had quite a few years ago with our then State Climatologist George Taylor. I was discussing the drought situation we were possibly going into at the time and that the rainfall for the Eugene-Springfield area was reported as well below normal. George told me that too many people in the media liked to use the word drought too often when talking about how we only had a small rainfall total for the year so far. The accuracy of the new automated rain gauge near the Eugene Airport was seriously in question and George suggested that it would benefit everyone if we’d just look at the rainfall totals from the network of observers around the area that had more rain than the airport and stop pushing the “D” word into the conversation every time the rainfall total was mentioned. It is interesting how we can “catch up” a bit as soon as the rain season gets underway. One of the main problems that occur when we have less rainfall is the danger of wildfires. We all need to be more careful with campfires, smoking materials, and even not parking a car over an area of dry grass and weeds where spontaneous combustion can produce a fire that builds quickly out of control. So the next time it rains when you need to be outside don’t complain but be grateful. Conversely when it doesn’t rain for a relatively long time don’t jump to the conclusion that we’re automatically doomed to have another dustbowl disaster.