Hopped Up Eugene Gets Sky High 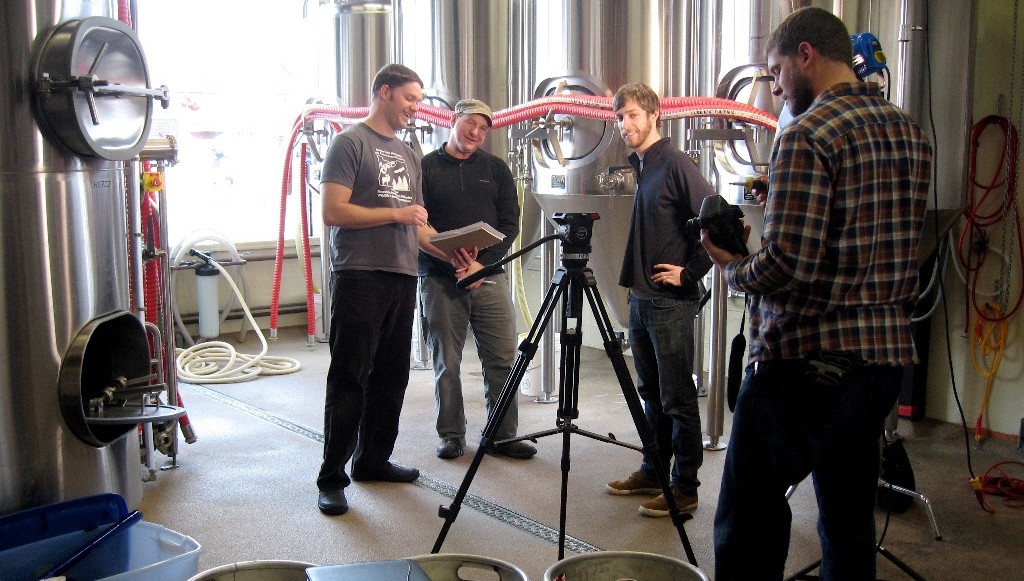 Our Hopped Up Eugene Columnist Lacey “Hophunteror” Harrison is still out working on her damaged kitchen. For pictures of what a little fire can do to your kitchen, head to Lacey’s page and take a peek. Drop her a note and let her know you miss her! Today we’re getting Sky High.

We love talking with people about beer. It’s one of the main reasons we started Hopstories. Our conversations with Scott McFarland, co-owner of Sky High Brewing and Pub, were no exception. “I’ve always had this fascination and interest in beer and I’ve always enjoyed it,” he told us.

Growing up in Europe, Scott learned to appreciate good beer younger than most. “I’ve been drinking ales since I was 14. That’s what I started on was those English ales so I’ve always had a taste for those better beers.” But it wasn’t until the early ‘80’s working as a bartender in his mom’s restaurant in Portland that Scott found his epiphi-beer. Every craft beer lover has what we like to call their “epiphi-beer”; that first microbrew that opened their eyes to what beer can really be. For a Colorado kid like me it was Fat Tire. Eric cut his teeth on Dirty Bastard.

For Scott, it was “Redhook ale. Back before they called it ESB. And Grant’s Scottish Ale.” His face lights up talking about the early days of Oregon craft brewing. “Those were the first two breweries that made local craft beer.” Scott added a tap to his mom’s bar bringing the grand total to two. “People loved it.” “Local’s great. The more we can do locally the less carbon cost we have. We can help the planet. I’m really all about that.” Sky High gets almost all its hops from Crosby Hop Farm just up the road in Woodburn. “The key is getting those hops to the beer as soon as possible,” Laurence told us. For their fresh hop beer, one of the first brewed at Sky High, the hops were harvested in the morning, trucked to the brewery, and in the tanks the next day. It’s hard to get fresher than that.

Laurence’s commitment to quality ingredients comes through in his beers. His latest, a Belgian honey triple, includes “local raw unpasteurized wildflower honey.” An amateur bee keeper for over 20 years, Lawrence knows a thing or two about this particular ingredient. “Honey has its own special characteristics that lend unique flavors.” Eric and I had the pleasure of sampling this unique brew straight from the tank (one of the fringe benefits of Hopstories) and I for one can’t wait until it’s ready. It’s delicious. Quality beers like the honey triple, fresh hopped IPA, and their Russian Imperial Stout (brewed with absurd amounts of unsulphured blackstrap molasses) are quickly earning Sky High a solid reputation in the Pacific Northwest brewing community, a family they were welcomed into with open arms. Scott told us that when he was just getting started, “I could walk into any brewery and they’d pour me a pint, throw open the doors and, say ‘What do you want to see?’. They were excited for me. That’s a really nice working environment. It’s not just a business, it’s got some soul.” And that’s what we’re looking for here at Hopstories, the soul of Pacific Northwest brewing. We hope you like Sky High’s story. If you do, check back often for updates on up and coming brewery videos, keep an eye on our Facebook page, and let us know why we should visit your favorite brewery.

Thank you to Eric Buist – BuistMedia for permission to share this story!