A Perfect Day In Every Way 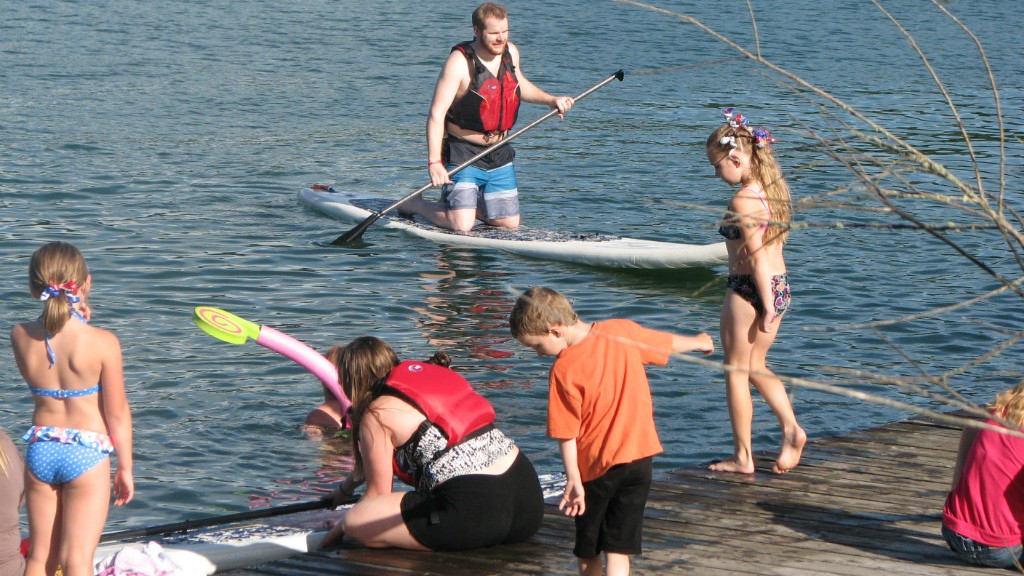 Perfect, as defined by google.com, is “having all the required or desirable, elements, qualities, or characteristics; as good as it could is possible to be.”  That is how I would describe not only the weather for the 4th of July this year, but the whole day of celebration at Dexter Lake that was put on by the Dexter Volunteer Firefighters Association and Eugene Daily News (EDN). Let’s start off with the weather. Beautiful sunshine, some wispy cirrus clouds (some were actually the ones nicknamed “mare’s tails” because they look like the tail of a horse), an air temperature that was in the mid 80s, and above all no blue-green algae alert for people and animals to stay out of Dexter Lake as we experienced last year. Hundreds of people turned out to eat, listen to some great live music, swim, and enjoy time with family and friends while celebrating the 238th birthday of the United States of America. People brought an assortment of picnic paraphernalia from blankets to portable grills all the way to fancy party canopies. As you can see this column is more of a photo essay because the pictures can tell the story much better than words. It took a lot of work to pull this off and I personally give credit for that to the Dexter Fire Fighter’s Association who even had their own booth grilling and selling terrific chicken dinners with potato salad, baked beans, and a roll in addition to being available all day long if needed for emergencies and were the pyro team for the fireworks display.

There were many vendors who participated and those who were contributing sponsors for the days events are The Steel Pail, Bigfoot Distributing, Tam’s Vietnamese Food Truck, Furrer Farms (Donated chicken for the firefighters’ booth), Creswell Bakery (Supplied rolls to go with the chicken), McKenzie Mist, Office Depot, and the Oregon State Parks Department. Of course special credit goes to Kelly Asay, EDN Publisher, for working hand-in-hand with the Firefighters Association in organizing the event and for the monumental task of booking the 6 other bands, besides his own (The Procrastinators), and scheduling them so the live music was continuous from 2:00 pm until darkness made it possible to start the fireworks display. I apologize if I have left anyone out. We thank everyone who participated in the celebration.

I have put together a series of pictures showing all seven bands so you will know who they are and what they look like. The HideAways | Photo by Tim Chuey The Procrastinators | Photo by Tim Chuey

After the last band completed its final song I was honored once again this year to stand up and read Lincoln’s Gettysburg Address. Our last performer T. R. Kelly, who earlier performed with the band “Steel Wool,” walked up to the microphone and did a stirring a cappella rendition of our “National Anthem.” One of the best that I have ever heard. The finale of the day’s celebration was the fireworks display. Just when you think all fireworks displays are the same this one surprises everyone because we are just a stones-throw away from where they were being set off.

You’d have to be an Olympic stone thrower because we were all beyond the range of where they would be falling. The Firefighters had the area marked off with yellow hazard tape for safety. I have always enjoyed trying to take pictures of fireworks so that you would feel like you were just by looking at them. The end of a “Perfect Day,” but now I can’t wait to see what we do next year.