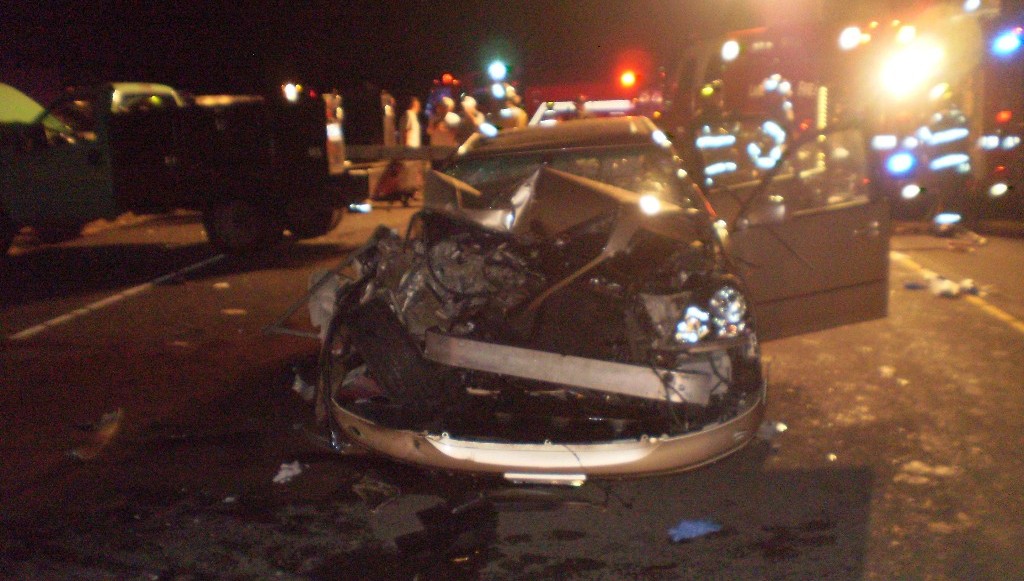 According to Lieutenant Rob Edwards, on August 19, 2014 at approximately 9:00 p.m., a 1999 Ford F-450 utility truck driven by ISIAH BROWN JR, age 57, from Eugene, was traveling northbound in the right hand lane at approximately 40 mph when it was struck from behind by a 2003 Lexus four-door driven by RONNIE D. HARRISON, age 72, from Eugene. After impact, the Ford truck came to rest facing east blocking about half of the right hand lane. The Lexus came to rest in both northbound lanes. A short time after the first crash, a northbound 1992 Yamaha motorcycle operated by JOHNNY J. HARNESS, age 33, from Junction City, traveled upon the scene and clipped the Ford truck’s bumper and then struck the Lexus. HARNESS was ejected and came to rest on the highway after hitting a vehicle that stopped on the shoulder to assist north of the crash scene.