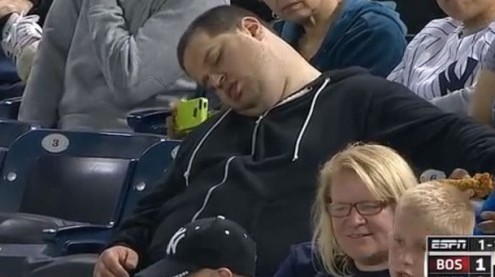 So I got a chance to see Guardians of the Galaxy this weekend and let me tell you, it is phenomenal.  Not only arguably the best movie Marvel has made to date (yes, including The Avengers), but perhaps this generation’s Star Wars.  It was one of those movie-going experiences where you couldn’t have imagined feeling any more fulfilled.

My expectations were met and then some, but for some movie fans at a Regal Cinemas in Virginia on Thursday, the only thing that was right in their screening was that the movie had “Guardians” in the title.

Audience members were left dumbfounded when they were shown 15 minutes of previews followed by five minutes of the animated Disney film Rise of the Guardians.  An employee popped into the theater to tell them they were trying to fix the situation. Fans expecting this got something else entirely. | (maraveltoynews.com)

But then the audience endured the same 15 minutes of previews followed by the same five minutes of Rise of the Guardians.  Knowing they had some agitated movie fans, the theater offered to give people tickets to a later 3D Imax screening (great offer, those tickets are expensive) and about half the people at the 2D screening took them up on the offer.

The other half who couldn’t attend the later showing stuck around to wait until the mistake was fixed.  Dean Browell, who was sitting in the audience with his 10-year-old daughter, thought they had finally gotten it right.

“There was a 10 minute wait, then the lights went down again and the third go of previews started, this time with the new Interstellar one, which gave us hope,” Browell told The Hollywood Reporter.

But again, Rise started playing as an aggravated crowd began to spout expletives.

“It was now 9:15 p.m., from an 8 p.m. movie,” said Browell.  “Those left in the theater stormed out and then joined a line 50-people long trying to get their money back, anything.  We were so disappointed.”

The theater eventually refunded everyone their tickets and gave them a poster as well as tickets to a Friday show.

I’m a very patient man, but even I might have eventually lost it in this situation.  Three chances to get it right on the OPENING NIGHT of one of the biggest films of the year?  It wasn’t a good night for Regal Cinemas.

Oh, and by the way, this also happened in New Jersey apparently.  A girl tweeted Thursday that she had the same experience:

The movie website CinemaBlend theorized that an employee must have labeled Rise as Guardians as Regal had been showing the animated film during its children-friendly matinees.

Sure you were Disney.  Rise was one of the studios most notorious flops over the last few years and they were probably hoping audience members would try to seek it out after watching the first five minutes.  I wouldn’t put it past them.

And the award for most ridiculous lawsuit this week goes to… Andrew Rector suing ESPN, MLB and the commentators for mocking him as he slept through a Yankees-Red Sox game.

Rector is suing all of them for $10 MILLION after he feels he was publicly ridiculed and embarrassed by the incident.  You probably should be for falling asleep in those seats at a Yankees-Red Sox game.

“Put yourself in my shoes,” Rector told Matt Lauer on the Today Show.  “How would you feel if you were broadcasted on TV all over the media?  They put me on YouTube.  People get to like it.  It basically creates a public forum where people could comment.  I mean, there’s so many derogatory comments about me that was caused by what they did.” The best rivalry in all of baseball and you’re sleeping halfway through it? | (THR)

Lauer astutely pointed out that when the incident originally occurred, there was no coverage of it in the local papers meaning all this vitriol that Rector was receiving was brought on because of HIS MORONIC LAWSUIT.  Lauer asked Rector if he should of just laughed it off to which Rector acknowledged yeah, maybe.

“How I responded to it might’ve been a spur-of-the-moment thing, but at the end of the day, it’s still upsetting what they did,” said Rector.  “I mean, there’s a line where you can cross what’s right and what’s wrong… I have a reputation as well.  I mean, for them to sit there and make fun of somebody, I don’t see how that’s acceptable.”

Okay, below I present to you the video he’s so upset about.  Watch it and then catch my comments below.

They don’t even really make fun of him!  The only thing you could take from that that would be even remotely insulting is when they insinuate that the guy next to him is his buddy and might prefer that he sleeps.  That’s it!

Even Rector acknowledged during the interview with Lauer that he’s not really sure what this lawsuit will accomplish.

An “interesting lawyer?”  He even said that “a simple apology” might “possibly” be enough for him.  So, he wants either an apology or $10 million?

My advice to ESPN, MLB and the announcers: Don’t apologize and let this guy get dragged through the mud because whatever reputation he feels he needs to protect will be completely gone.  It will all be a complete waste of time, but well worth it.