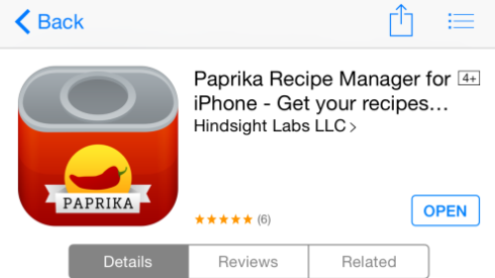 My wife and I, we are two funny people. From our third date we knew that we might have a bit of a communication problem wading through the sarcasm and facetiousness we sling like the spit-ballers in the back of the class. We even gave it a safe word at the time, something to do with the band Journey, but I can’t remember exactly. My point is this: Even though we get along like two peas in a pod most of the time, we disagree now and then. When we do, unless it’s money of course, it only ever gets heated when it’s over the stupidest things you can think of: number one, what to eat. Needless to say, the nightly duty of making a meal for a family of four is not high on the “Yay” list in this household. When it comes to sorting out the world’s internet security problems, or summarizing the most complicated of legal briefs, we’ve got you covered without much complaint… But I’ll be slapped silly and called Susan if we don’t absolutely hate the act of deciding what to eat/feed our kids… I think the Middle East peace talks could take a page from our negotiation techniques. Just try and get my wife to eat something she’s not in the mood for, and vice versa. God forbid she suggests anything other than Pizza, I might have to actually try something different for a change.

It’s dumb, but we all do it. It’s a byproduct of our modern, fast-food society. From the “I don’t know honey, what do you feel like eating?” ambush, to the “whatever you guys want” surrender, nothing stops a good time like a good old fashioned food-fight. In the last five years smartphones and their apps have made some aspects of modern life convenient. Netflix arranges all the movies and shows you’d ever need to watch into lists at your fingertips. Amazon brings the global market to your touchscreen. So after almost six years of bickering over what to eat (or more specifically, what we think the other person wants to eat), I threw my hands up in surrender. I had the idea to just go along with whatever everyone else wants (as long as it’s exactly what I’m craving in that moment).

So instead, I thought to myself, “Self… There has GOT to be a better way to do this whole meal thing.” I tried to think what a rational person would do: probably get a calendar, make a list of dinners they like and are willing to cook, then slap dinners on dates and build a grocery list. Not only does it take the guess work out, but it keeps us from buying crap we don’t use.

Then, mid-epiphany, my wife shouts downstairs, “You know, there’s probably an app for that.”

Enter technology to save the day.

I did my research first, as a trained journalist I take research very seriously. So I promptly went to Google and plugged in “top ten meal planner apps.” Fifteen minutes later I was paying $5 for Paprika, a suite of apps across iPhone, iPad, and Android devices as well as Mac OS. Twenty minutes later my wife and I were furiously typing away. As far as I’m concerned, I chose correctly. Paprika lets you enter all the things you like to eat, how to make them, even pull recipes from a built-in web browser and put them all in a nicely organized list. Then you just pull up a calendar and start assigning meals to different days. Start with Taco Tuesday and Pizza Friday and the rest is a cakewalk. It will even compile all that info and make your grocery list for you, then sync it wirelessly on the cloud. If your spouse needs to add broccoli to the list while you’re out and about, it will automatically pop up on the list when you start the app. All you have to do is spend an afternoon plugging in recipes and tapping dates arbitrarily on the calendar, and then your meal planning and shopping list is done for the week/month/year.

We’ve only been using it for two weeks, and it’s already paid for itself in the amount of no stress that meals now bring to the table. I just have to look down and push a little button on the screen, and lo and behold I’m making Twice Baked BBQ Chicken tonight. Its easy, it’s awesome, and it’s saving lives… At least mine, because if I suggested Pizza one more time I honestly think my wife would have baked me in the oven.

Despite the fact that there are separate, paid apps for both phones and tablets (meaning you have to pay for it at least twice to have it on more than just your phone), this little app has the power to right all the wrongs that make your daily “What do you want to eat?” “I don’t know, what sounds good to you?” routine so miserable… And it will leave you time to fight over better things, like what to watch tonight. Forget to ask what you need to get from the store on the way home? Paprika keeps a running grocery list of all the ingredients you’ll need for your upcoming meals. It also lets you add or subtract as you’re plugging dinners into the list. If you’ve already got a big jug of BBQ sauce in the fridge, just swipe it from the list as you add it. If not, it goes on the list. It’s as easy as going to the calendar, tapping on the meal, and then tapping on the little grocery cart in the corner. POOF. I know that if I don’t get that BBQ sauce, my chicken will be a little plain. In the store, when I cross something off the list, it goes to the “bought” tab until I need it again.

On top of that I can add pictures of food, custom recipes, adjust cook times and serving portions, and that’s just what I’ve discovered in the last week. If you’re on the web and see a recipe you might like, you can easily import it into Paprika by copying and pasting the URL into the built-in browser. As for sharing those yummy recipes there are  options for email, AirDrop, even printing. It automatically inputs the ingredients, directions, and all. This is especially handy when the app pops up with timers as you cook.

Yes that’s right, you can tell Paprika you’re cooking something, and it will guide you according to the recipe you imported. Not only that but it allows you to pin multiple recipes at once, so if you’re cooking more than one dish you can switch back and forth, getting instructions and timers on each.

Combine this with the scanning power of CamScanner and you can turn that box full of paper scraps you call a recipe book into digital files in no time. Just use CamScanner to scan the recipe you want to import (CamScanner doesn’t seem to handle hand-writing very well, but if you have typed recipes this is a sinch), and it has a Find Text option that pulls out the readable text it finds on the page. It’s not a fool-proof way to do it, but might be better than physically typing in each one.

The fact that each app is individually priced and the Mac OS program (which makes typing in recipes extra-fast with a keyboard and mouse) is the same way, the suite is going to run you more than the average app. However, in its defense, Paprika is worth every penny I’ll spend on it. If only for the fact that we’ve got one less worry on the list. I don’t like to cook, and neither does my wife. Unfortunately for her, she’s got the magic touch of a girl raised by a Mormon mother. Which means that no matter how hard she rejects the notion, her natural talent in the kitchen is in high demand in this house. Especially since my expertise stops after brunch is over. Thanks to Paprika, so far in this little experiment, if I look at the calendar and see it’s my turn to cook dinner that night, I honestly don’t mind at all. I forgot that I was in charge of a bunch of meals last weekend, and because I had plenty of forewarning and the chance to plan, I looked forward to doing it. I made Banana Nutella Crepes on Sunday morning for the first time, and it was a Grand Slam effort that I’ll be sliding into the rotation.

The only trick is staying on top of it. It only works if you work it, like so many things in life, and the little bit of effort on the front end is worth every skipped non-argument from here on. If I can do it, I’m sure you can too. Enjoy!