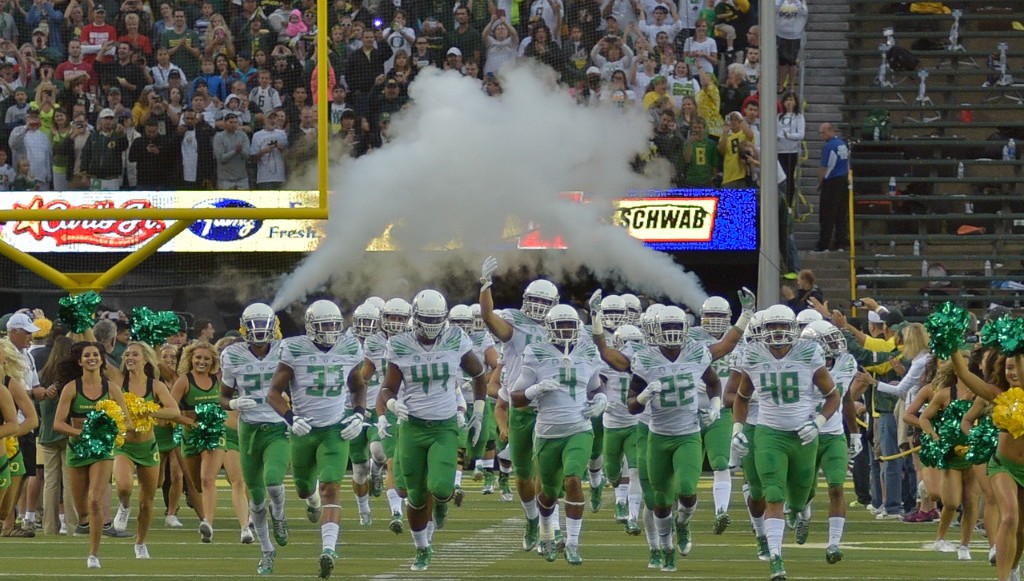 Week 1 of the NCAA football season is in the books and college football fans everywhere are taking stock of their teams’ performances in their first action of the year. And while some teams revealed themselves in hard-fought games against top-flight competition, other programs like Oregon’s simply didn’t play the quality of opponents needed to get a sense of the team’s quality. Even so, there are sources out there that can be helpful in understanding how experts are adjusting their opinions of a team’s chances even after a mismatched game like the Ducks’ opener against the South Dakota Coyotes. For example, if you view the NCCA football futures odds for the Ducks today you’ll see they slid back to +700 from +600 to win the national championship.

That means that bookmakers liked the Week 1 play of teams like Texas A&M and Georgia enough that those contenders make Oregon’s championship odds longer, even as the Ducks’ remained the third-ranked team in the nation.

The Aggies blew out what was supposed to be a very good South Carolina team, while Georgia’s Todd Gurley set a school-record 293 all-purpose yards to help his team to a 45-21 rout of the highly-touted Clemson Tigers. This isn’t the only way betting odds can help fans read between the lines of the standard rankings. College football futures odds also show that the Florida State Seminoles, valued at +350 to win it all, are considered substantially better than the teams near them in the rankings. Second-ranked Alabama is closest at +600, meaning a winning bet on the Crimson Tide would pay almost twice as much as it would on Jameis Winston’s Seminoles.

Even in this weekend’s all-important game against Michigan State, it’s evident that the consensus college football rankings don’t tell the whole story of how competitive these teams are. Sportsbooks have the Ducks favored by a whopping 12 points—just shy of two major scores—over a Michigan State Spartans team that is only four spots behind them in the rankings.

Oregon takes on Michigan state this Saturday at 3:30 Pacific time. Watch the game on FOX and don’t miss our live coverage via #EDNSports.