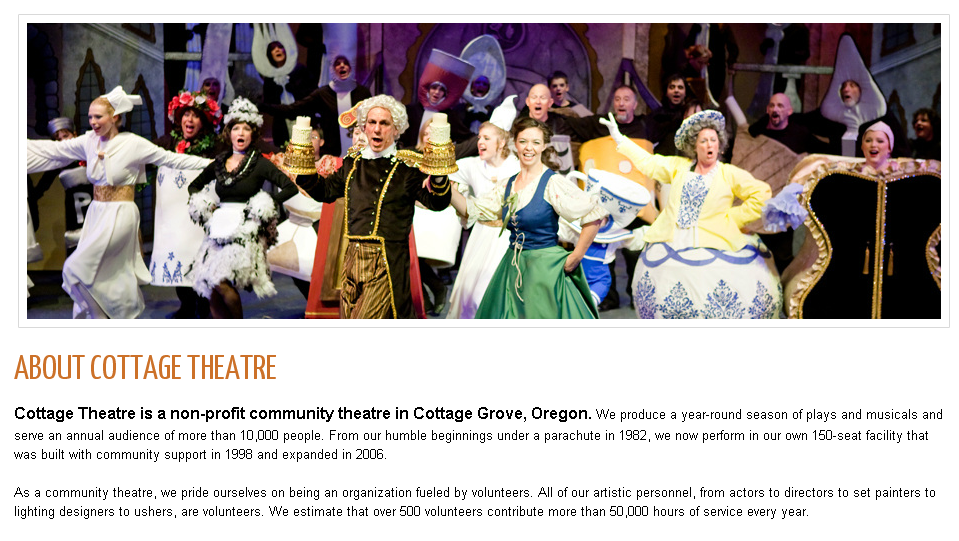 Cottage Grove, OR — Imagine a conversation between John Wilkes Booth and Lee Harvey Oswald. Composer Stephen Sondheim and writer John Weidman did just that in their musical Assassins, which opens October 3 for a three-weekend run at Cottage Theatre. The production is the fifth show in the theatre’s 2014 season. Bold, original, disturbing, and alarmingly funny, Assassins is among the most controversial musicals ever written. This quintessentially American show lays bare the lives of nine individuals who assassinated or tried to assassinate the President of the United States, in a historical revue that explores the dark side of the American experience. Writers Sondheim and Weidman bend the rules of time and space, taking us on a nightmarish roller coaster ride in which assassins and would-be assassins from different historical periods meet, interact and inspire each other to harrowing acts in the name of the American Dream.

Assassins runs for three weekends at Cottage Theatre from October 3 – 19, 2014. Performances are Friday and Saturday evenings at 8:00 pm and Sunday afternoons at 2:30 pm. There will be one added Thursday performance on October 16 at 8:00 pm. Assassins contains mature themes and language; parental discretion is advised.

Tickets are available online at www.cottagetheatre.org, by phone at 541-942-8001, or in person at the Cottage Theatre Box Office, 700 Village Drive, Cottage Grove. Tickets are $23 for adults and $19 for youth (18 or under). Box Office hours are Wednesday through Friday, 10 am to 2 pm, and one hour before performances.