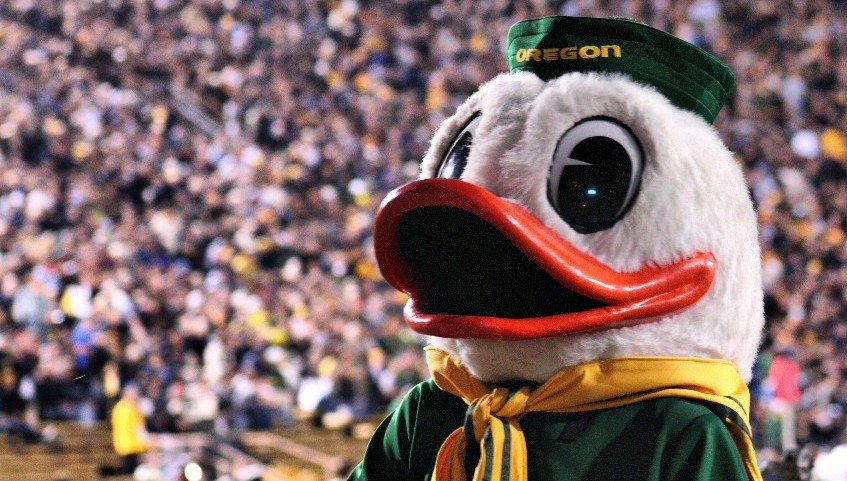 The Oregon Ducks return home to Autzen Stadium in Eugene this weekend when they welcome in the Arizona Wildcats (4-0, 1-0 Pac-12) this evening. Payback will be on Oregon’s mind after they were upset last year by the Wildcats in Tucson, one of only two losses the Ducks suffered all year. That victory was by far the most notable of the Rich Rodriguez era in Arizona. The former West Virginia and Michigan head coach is now in his third year with the Wildcats as the program looks to join UCLA, USC and Arizona State as contenders in the Pac-12 South Division. Arizona is undefeated, although only just so, stunning Cal on a Hail Mary with no time remaining last time out. The Wildcats are in many ways a contradiction and by far the hardest side to quantify in the Conference. On the surface it appears to be Rodriguez’s best team since he took the job and yet only 13 starters returned from last year’s 8-5 team that defeated Boston College in a New Year’s Eve bowl game. Hidden within that record was a 4-5 Pac-12 mark with defeats to Washington USC, UCLA, Washington State and Arizona State. Arizona’s issue is a simple one; a lack of pure quality at any one position stops them from stepping up to the next level this season. However recruiting has generally been solid and this is a program that is finally awakening. That lack of pure quality may, however, be about to change as redshirt freshman Anu Solomon was installed as the starting quarterback after impressing in spring practice. His fairly ridiculous line of 47-of-73 for 520 yards and five touchdowns included the last second 47-yard heave to Austin Hill for the winning score against Cal. The winner of four state championships while playing for Bishop Gorman High School in Las Vegas, Solomon is Rodriguez’s third quarterback in three years and the potential stability the youngster can bring to the position and the program should not be overlooked. Generally high scoring games with little regard for defense has been the signature of the Wildcats this season with victories over UNLV, UTSA and Nevada in the opening three weeks of the campaign. Against Cal and Sonny Dykes’ version of the Air Raid offense, Arizona appeared dead and buried heading into the fourth quarter down by 18 points. However the team rallied to score 36 points in a wildly entertaining 49-45 triumph and that is the sort of a win that can turn around an entire program. The Wildcats still can’t play defense and the Oregon offense should, at least on paper, be able to score at will. But as the Ducks found out against the Cougars, it gets interesting when a side can hang with them initially. Curiously Arizona and Cal, who host Oregon later in the month, represent more risk to the Ducks than either UCLA or Stanford. The Bruins and the Cardinal are solid teams on both sides of the ball and each should be a good game. However when your opponent attacks with abandon, funny things can happen.