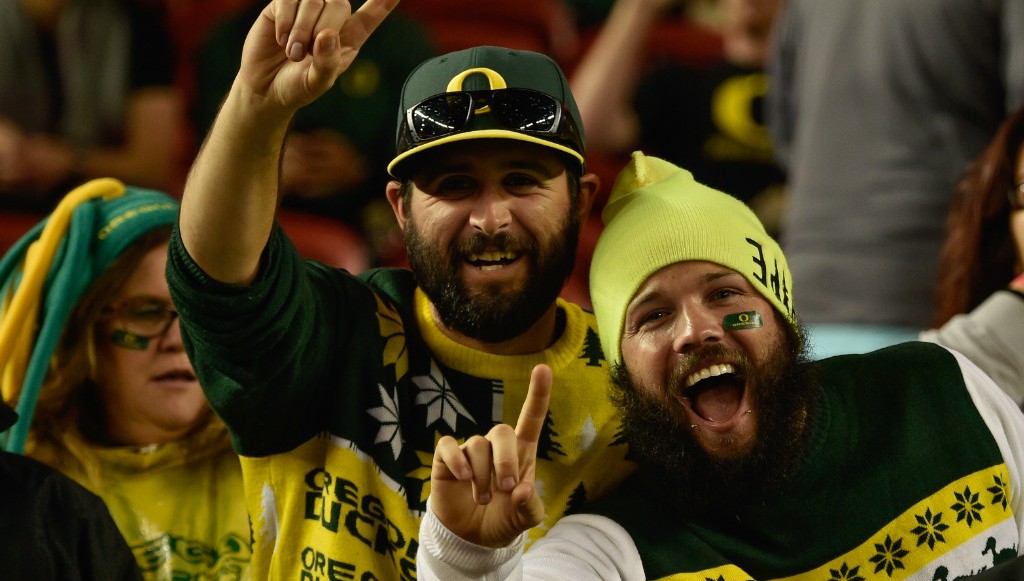 This was absolutely the best game and road trip I’ve ever participated in. A group of six of us traveled south on Thursday to cover the championship game. We left at about 1:30 p.m. and arrived in Pleasant Hill at about 10:30 p.m. We stayed the night at a friends house and left at about 8:30 to drive another hour to the stadium.

We stopped and had breakfast and then to the hotel where everyone’s media pass was and proceeded to the stadium. We arrived a couple hours before they would let us in, so we hung out in the media parking area.

1:30 p.m. rolled around and they started letting the media in. We all headed to the stellar photographer’s workroom and found a place to start getting our gear together.

As the evening progressed, more and more Duck fans began filling their seats. Outnumbering the Arizona fans by quite a lot.

After the introductions of the teams and the National Anthem, the game began. And what a game it was. Some say it was sloppy at some points ,but I feel the Ducks played some of their best all year at this game. Not to say it went flawlessly, they just did not let any mistake last very long.

The defense tore up Arizona, keeping their yards gained very low. Meanwhile, the offense went to work furthering record book stats. I hope everyone enjoyed the game. I hope to be able to cover their last game of the season. Until then, enjoy my pictures.