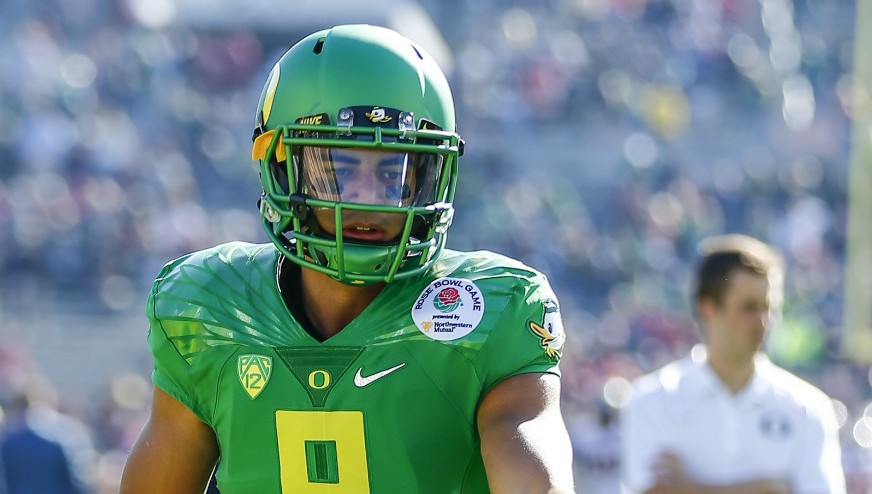 It was an awesome experience attending the inaugural semifinal game at the Rose Bowl.  To shoot pictures at the game made it even more special.  It was my first trip to the Rose Bowl and I found everything to be first class.  The media room was quite large, the staff had food prepared for the media before the game, during halftime, and after the game.  The rules for shooting the game were not out of the ordinary but there were a couple of rules that if broken the photographer and association they shot for would lose their privileges.  The field was natural grass and looked to be in great shape.  Being a part of the action and watching the Ducks take it to FSU, was awesome.  Mariota once again led his team to a lopsided victory.

I have to thank the BCS committee for their hospitality to the media.  The food they provided, the shuttle service to the game and back, were top notch.  I will be attending the National Championship game in Texas on Januray 12.  We now know we will play against Ohio State.  That should be quite the game.  For me – an experience of a lifetime.

This is the first of a couple of posts.  I will have more photos to get up on the web.