For basketball fans, the Final Four Tournament is the highlight of the season.  Lovers of Basketball consider the March Madness to be the most compelling, and greatest sporting event on earth.

If you are a more casual fan, here’s a little breakdown on how this works:

As of this writing, nobody is officially in the tourney: selection takes place on “Selection Sunday” – March 15th.  However there are some clear contenders, and yes, Oregon is one of them albeit on the bubble.  Ducks Senior Guard Joseph Young recently shared his confidence about being in the Madness:

Pete Martini at The Statesman Journal seems to agree with Young.

“A win Sunday (22nd) gives the Ducks 20 victories for the season. A win gives them a big name in the “Who did they beat?” category come Selection Sunday. And a win keeps them alone in third place heading into the final three games of the regular season.  If the Ducks finish the regular season in the top four in the conference, then they will earn an automatic berth into the Pac-12 Tournament quarterfinals.”

CBS Sports has Oregon “On The Bubble” coming in against Miami in the first round. 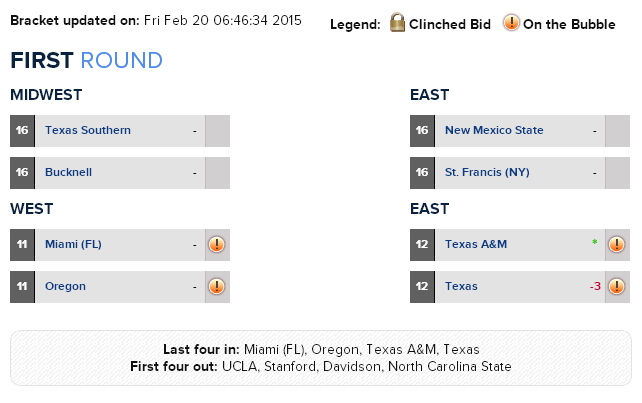 While our money is on Justin Phillips analysis that perception is everything, oftentimes the book betting crowd does a better job than any of the pundits when it comes to calculating who lands where in the Final Four.  We follow www.sportsbooknavigator.com.  While online betting is illegal in Oregon, in never hurts to get a little expert help for the office pool….

With the Ducks still on recovery from last years tremendous turmoil, this sports fan will be happy if they just beat Utah on Sunday.  One day at a time, right James?

The Air Is Hot, But What About The Water?