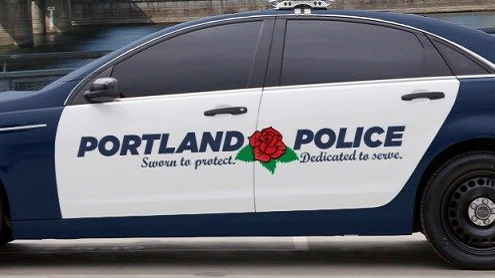 On Feb. 27, 2015, at 11:44 p.m.,  Officer Renander was driving eastbound on Southeast Stark St. approaching 155th Ave. when an eastbound 1987 Dodge pick-up, driven by 57-year-old Gary Clark, struck the left rear of the police car, causing a crash and sending the police car up over the sidewalk and into a yard.

Officer Allison Renander was responding to a domestic violence call in Southeast Portland. Clark was not injured but officers noted signs of impairment, leading Traffic Division officers to investigate further, which led to Clark’s arrest.

Clark was booked into the Multnomah County Jail on charges of Driving Under the Influence of Intoxicants (DUII) and Reckless Driving. He will be arraigned on Monday March 2, 2015