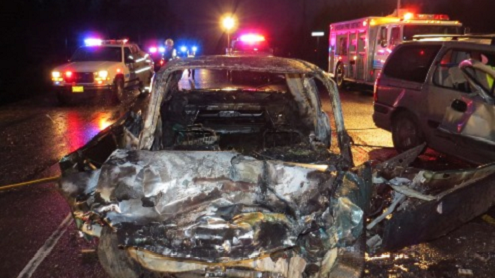 Preliminary information indicates shortly before 4:30 p.m., a green, 1995 Plymouth Neon, was westbound on highway 22W near Red Prairie Road overtaking another vehicle in the oncoming lane. The Neon collided head-on with an eastbound, Gray, 2004 Chevrolet Venture. The driver of the Neon, identified as Mr. JOSHUA DEEDS, 19, of Otis, was transported to Salem Hospital with serious injuries. The driver of the Venture, identified as Ms. ORSENE L. DAVIS, 73, of Salem, was transported via air ambulance to Salem Hospital with serious injuries. The passenger in the Venture, identified as Mr. CARROL L. DAVIS, 70, of Salem, was pronounced deceased at the scene.