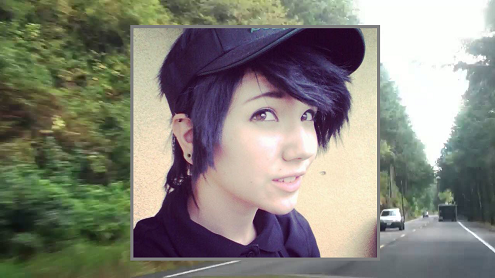 Oregon State Police troopers are continuing the investigation into yesterday afternoon’s fatal traffic crash that occurred on Highway 38 near milepost 49 in Douglas County.

Preliminary information from investigators indicates that around 2 p.m., on April 11, friends of ARAMINTA GRIMES, legal name  ELIZABETH A. CLOSS, 18, of Drain, with whom she had been staying, reported to the Douglas County Sheriff’s Office that she was missing/overdue. Deputies located her cell phone signal, and friends assisting in the search drove to the area to which her phone was tracked. Shortly thereafter family/friends discovered tire tracks leading off the roadway down a steep embankment where they located the vehicle at about 2:50 a.m. on Sunday April 12.

According to OSP Sergeant Matt Bowersox, the involved vehicle was a maroon, 1992 Toyota Corolla, which had gone over the steep bank about 40 feet and crashed into a tree. According to family members CLOSS was wearing a seatbelt. Family/friends removed her seatbelt in an attempt to give medical attention.

Article will be updated when a memorial fund is set up.

The cause of the crash is still under investigation. The Oregon Department of Transportation responded to assist with the vehicle’s removal and roadway closure.