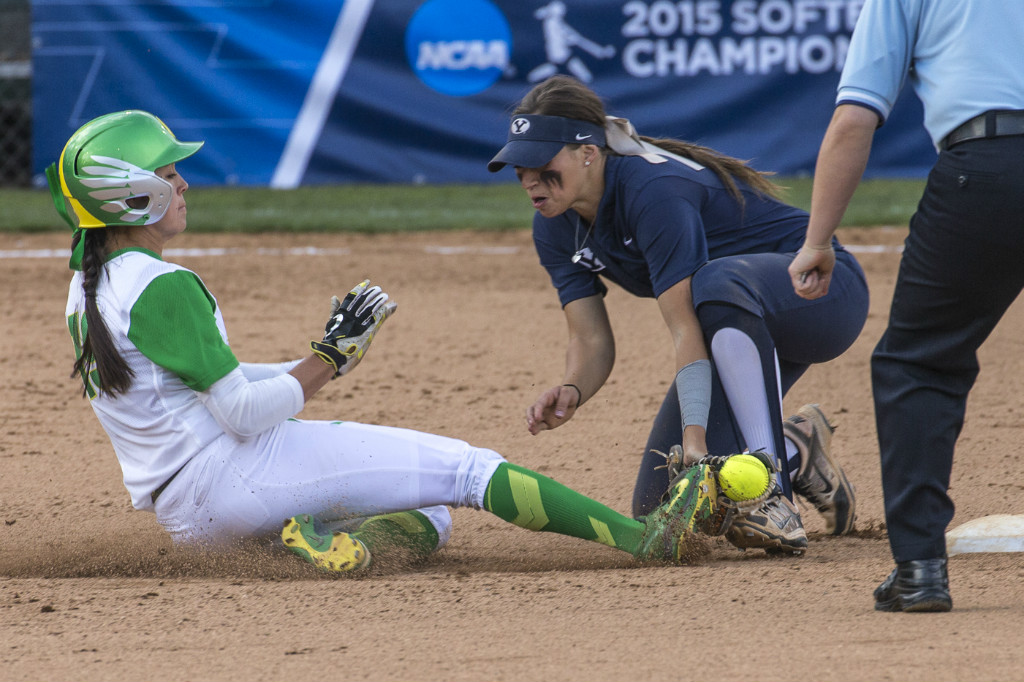 This photo essay covers the first game Oregon played Thursday.  The opponent was BYU.  I had not read anything about BYU so I was apprehensive of game 1.  Hawkins piched a great game – a one hit shutout.  This game was a shortened one due to the mercy rule.  Oregon played some great ball and their bats were doing the job.  This was a fun game to shoot.  This isn’t a complaint but, when Hawkins is pitching lights out, there isn’t as much action for the photographers to shoot.  But, I’ll take that any day of the week.  I heard another photographer say the same thing today.  I think it’s great.  Oregon is definitely one of the better teams in the country as evidenced by their number 1 ranking.

The Super Regional begins next weekend and I believe Oregon will host this sections games.  I’m hoping I will be called upon to shoot the games.  I’m expecting great competition at this next level.  Oregon has a large fan base in Eugene and they are loud and supportive.  It all makes for a fun and memorable experience.