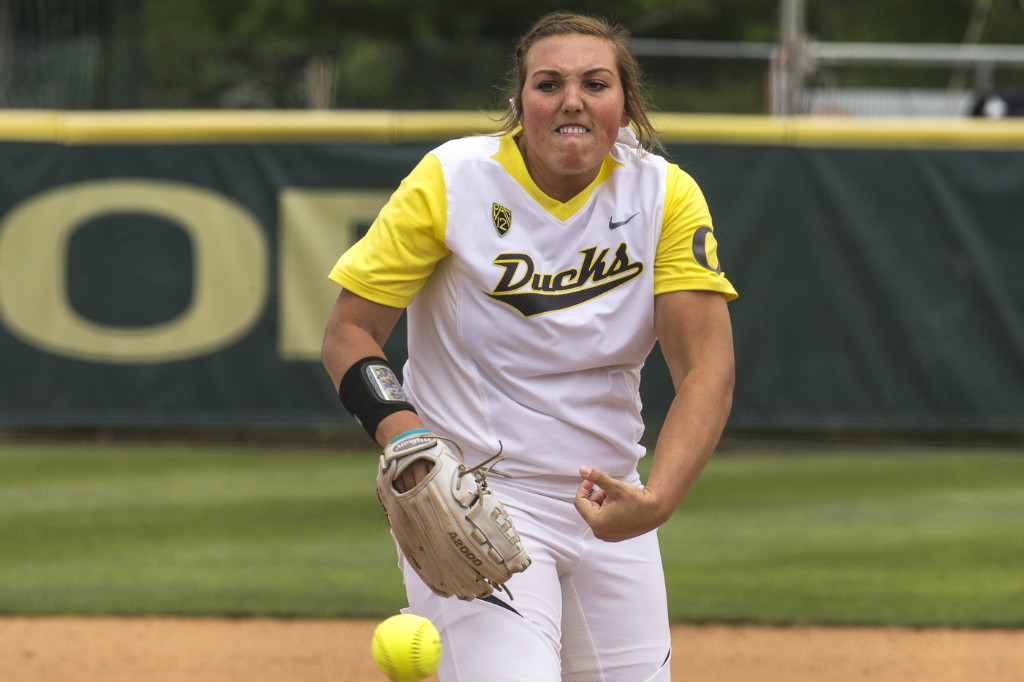 This photo essay covers the second game of the tournament for Oregon and it was played against NDSU.  Oregon just escaped with a victory.  This game was much closer than the final game.  Both teams had their ace pitchers on the mound and they both performed well.  The weather was perfect with overcast skies and no rain.  The rain started with the second game that day.  The tournament was a double elimination so if Oregon wanted to conserve their energy and advance to the Super Regional, they needed to win each of their three games.  Otherwise, they could have been forced to play up to 5 games.  The game was tense from the first inning on as the NDSU second base player hit a home run.  But, after the first time through the batting order, Oregon began to figure out their pitcher and began getting some hit that turned into runs.