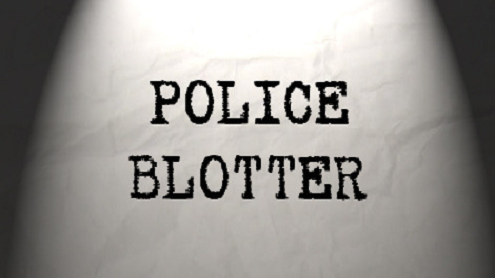 On August 4 at 1:14 a.m., police were dispatched to the Black Forest Tavern at 30 E. 11th Ave. CAHOOTS was requesting emergency response by police, as they spotted a male, later identified as Cody Angel Saville, age 37, of Eugene, point a firearm at another male, age 22, in front of the tavern. He is reported to have said he was a volunteer public safety officer, then left the tavern, then come back in with a pack, and left again without it.

Police took Saville into custody as he was crossing Oak Street. Saville appeared intoxicated. He was searched with his consent and there were no weapons found. He was detained while the pack was searched for, but it was not located. He was released until police could investigate further. A firearm was subsequently located by the Black Forest management. Saville has been taken into custody on charges of Carrying Concealed/Possession of a Firearm, Unlawful Use of a Weapon, Criminal Impersonation of a Peace Officer, Disorderly Conduct. Case 1513142

On August 5 at 12:54, an officer stopped a vehicle driving the wrong way, eastbound on W. 6th Avenue. He conducted a DUII investigation and arrested Connor Jon Springer, age 23, of Eugene for Driving Under the Influence of Intoxicants. He was also cited for driving the wrong way. Case 15-13190

August 4, around 3:30 a.m., a police officer on bike attempted to contact a subject for improper lighting near the Washington Jefferson skate park. When the officer announced himself, the subject accelerated north on Washington Street. The officer yelled commands for the subject to stop, but the subject continued to accelerate away from the officer toward Clark Street, however, the suspect was not able to negotiate the turn onto Clark Street, and crashed into the sidewalk on the north side of the street, fell off his bicycle and hit a wooden fence. The suspect then stood up and attempted to run, but was caught by the officer and placed under arrest. During contact with the suspect, Mykel Gregory Jacoby Black, age 29, of Eugene, the officer found that he was in possession of heroin. The suspect was transported to the Lane County Jail for Possession of a Controlled Substance – Heroin, Interfering with a Peace Officer – Disorderly Conduct, and two warrants. Black was also cited for Failure to Obey a Traffic Control Device, for not stopping at the stop sign at Washington and W. 1st Avenue. August 3, at approximately 5:34 p.m., Police and Fire responded to the northbound Delta Highway off ramp at Goodpasture Island Rd. regarding a motor vehicle crash. When officers arrived, they observed a Chevrolet Cobalt engulfed in flames, with a portion of the grass in the median also on fire. Police contacted the driver and registered owner of the vehicle, William Earl Steiner, age 44, and found that he had been driving his vehicle at a high-rate of speed and failed to negotiate the exit onto Goodpature. He was cited for Careless Driving.