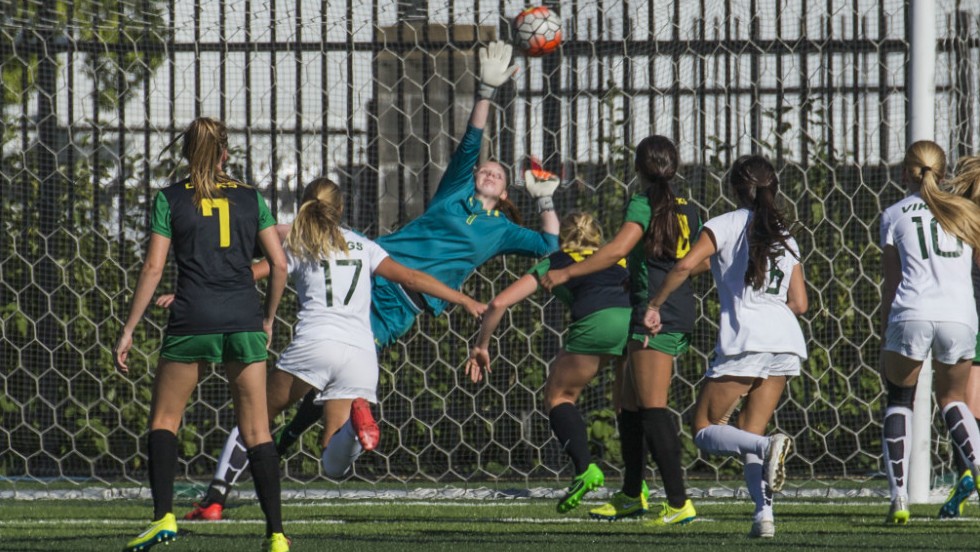 Oregon hosted Portland State in a soccer match on September 18.  Oregon was victorious after scoring a goal late in the match.  The weather was perfect and there was a decent crowd attending the game.  Both teams played hard and it was a defensive battle.  The Oregon goal keeper made a great play to prevent a goal by Portland State.

This is my first sports action since the end of baseball and softball season.  It was nice to be on the field shooting the action.  The University has cut back the number of photographers on the field for football games so I will not be shooting any games this year.  The same holds for mens basketball.  The sports I will be able to shoot are soccer, volleyball, and lacrosse. Not sure about softball and baseball.