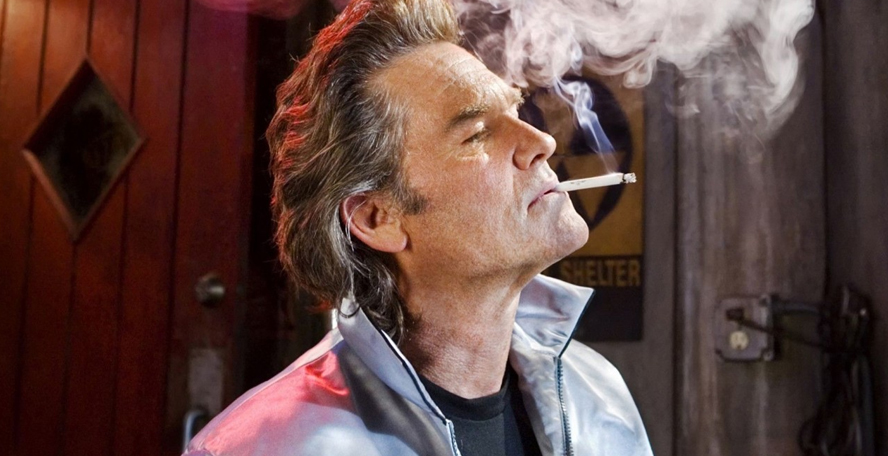 Kurt Russell May Join ‘Guardians of the Galaxy 2’

You don’t really appreciate Kurt Russell until he leaves for a few years and doesn’t make movies. Then suddenly he pops up as the lead in Quentin Tarantino’s Death Proof and you remember why you like the blue-eyed charmer with the great head of hair.

But then he leaves us again and we’re left to wonder if he and Goldie are content on spending the rest of their lives walking on a beach and giving Kate Hudson terrible advice on film projects (Someone’s to blame).

And then without warning, he re-emerges in 2015 with roles in Furious 7 and a pair of westerns in Bone Tomahawk and The Hateful Eight. He’s also appearing in the Peter Berg true story action film Deepwater Horizon next year and he will reprise his mysterious role in Furious 7 in the next installment which begins shooting next spring. I can totally see Kurt Russell as a bad-ass in space. | (hypable.com)

All this work means any studio wanting him needs to act fast and it appears Disney is doing just that. According to Variety, Russell is in early talks to play the father to Chris Pratt’s Starlord in Marvel’s Guardians of the Galaxy Vol. 2.

James Gunn is returning to write and direct the sequel which will be released on May 5, 2017.

If you remember from the first film, Starlord’s father was hinted at a few times as this mysterious figure who abandoned a young Starlord. I can’t think of a better fit to play Pratt’s dad than Russell as they both have an infectious energy and charisma on screen.

The chances of Marvel getting him are good considering some of the actors they’ve already gotten (Robert Redford, Tommy Lee Jones, Anthony Hopkins, Michael Douglas) as well as the fact that two-time Oscar winner Cate Blanchett is in talks to join Thor: Ragnarok. I feel like if you can get someone like her to be in your Marvel movie, you can get just about anyone (Save for Daniel Day-Lewis, he’s the white whale).

The Russelaissance (I’m trying it out) is upon us!!!

Earlier this week, Paramount Pictures unveiled the first trailer for Star Trek Beyond which is the third film in the rebooted series. To say it was lighter in tone would be an understatement.

Paramount seemed to go out of their way to promote the new film as a fun, breezy and funny piece of summer entertainment with the hopes that we would all forget the dark and personal last Star Trek movie, Star Trek Into Darkness.

I liked the short trailer as it did remind me of the first movie, but I also got a sense that they were really trying to sell it as a Guardians of the Galaxy-type movie even though their movies came out before Guardians. A lot of Star Trek fans however did not like the trailer and that includes one of the stars and co-writers of the upcoming movie, Simon Pegg. While attending the European premiere of Star Wars: The Force Awakens, Pegg was asked his opinion on the trailer and he definitely felt it misrepresented the movie.

“It was very action-packed,” said Pegg. “It was surprising. I kind of find it to be the marketing people sorta saying, ‘Everybody come and see this film, it’s full of action and fun,’ when there’s a lot more to it than that.’ I didn’t love it because I know there’s a lot more to the film.”

I can understand he’s frustrated by the trailer, but remember, the only job of a trailer is to sell the film. They have basically 3 minutes to cram as much as they can (For better or worse) into a trailer so that you’ll go see it when it comes out. Trailers have always been misleading. A woman once sued Sony because the trailer for Drive mislead her into thinking it was a Fast & Furious movie.

Also remember that this is the first trailer and it felt very much like an announcement saying, “Hey, remember that other sci-fi series with ‘Star’ in the title, yeah we’re back next summer.” Future trailers will lay out the story and tone a little better, but this was intended to be sugary sweet which it mostly definitely was.

It was a forgone conclusion that the latest Star Wars film would break the December record for opening weekend which is held by The Hobbit: An Unexpected Journey at $84 million, but it looks like Force Awakens will shatter that mark in its first day. The real question is, who won’t see this. | (starwars.com)

According to Disney, Force Awakens is eying a $100+ million first day which includes the $57 million from Thursday night preview screenings. If these numbers hold, Force Awakens would break the Friday record of $91 million which is held by Harry Potter and the Deathly Hallows – Part 2.

But the big question is, will it break Jurassic World’s record of biggest opening weekend of all time which is $208 million. If it hits $100 million opening day, I don’t see how it doesn’t. Movies usually dip a bit on Saturday, but the universal buzz and acclaim for this film is unprecedented.

I’m calling an opening weekend of around $250 million which would be a staggering number. To put it in perspective, in 2002, the first Spider-Man movie earned nearly $115 million opening weekend. That was not only the new record, but it became the first movie ever to making 9 figures in its first three days.

It’s crazy to think that in the 13 years since then, 23 movies will have surpassed that number after Force Awakens opens.