What do you plan to do over the next 3 months?   One man set out on one of the most epic adventures around the world including four of the wonders of the world, and four of the largest festivals on earth. The trip stretched from The Amazon to Mount Everest, with countless destinations in between: all in 90 days.

Chase Boehringer woke up one morning and decided he was tired of working every day at the same job, and feeling like he was living an average mediocre life. He set out to make a change in his life, and began mapping out his once in a life time trip around the world.

Return home on May 5th.

“I went on this adventure because I had worked my entire life in jobs that I was unhappy with. I was done with it. I worked incredibly hard to save up enough money and studied travel hacking to learn how to get free flights and hotels before the trip,” said Boehringer.

“ I had been thinking about doing this trip for a long time but it wasn’t until I sat down and figured out what changes in my work and my life are necessary to make it actually happen. That feeling that there’s something more to life was eating at me and I just couldn’t put it off any longer.”

Among all of the destinations on Boehringer’s list, he said he found Iceland to be the most beautiful, and Thailand to be his favorite. Thailand is a long country with each region being vastly different. He found that each area had its own unique energy and feel, and surprisingly everything was fairly inexpensive.

“I have travel A.D.D. and I usually get a little wanderlust after 5 days to a week in a city. I love to keep moving and exploring. Some people love to spend months in each city but I just can’t do that,” said Boehringer.

“I love to see, taste and experience as much as I can in a short amount of time and then keep moving. It takes a lot of energy, but it’s the best way to travel in my opinion. Some countries you could spend months in and still feel like you haven’t seen enough, like India or Thailand.”

Boehringer took only about 3 weeks to plan this trip, he created a bucket list outlining the direction he would move in during his trip around the world. This list included 100 things that he wished to accomplish.

“I researched all of the biggest festivals in the world and when they would be happening and outlined in a way where I can hit as many as possible on those specific dates as I move around the world. I also decided to do as epic of things I could possibly do In each to country,” said Boehringer.

This incredible journey is definitely one for the record books, not only in the amount of places he traveled but also in the short amount of time he accomplished that traveling in.

**He created a compilation of his trip you might enjoy! 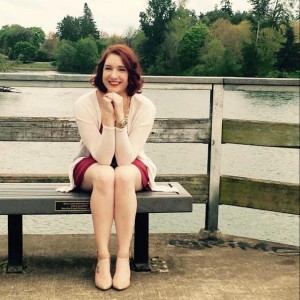 Jennifer Williams attended Junction City High School where she was the Editor of the Maroon and Gold school newspaper back in 2008. She spent time writing for the Tri-County Tribune a newspaper based in Lane County. Jennifer lives here in Eugene and enjoys touring local breweries, hiking the butte, and is an avid reader of the classics.